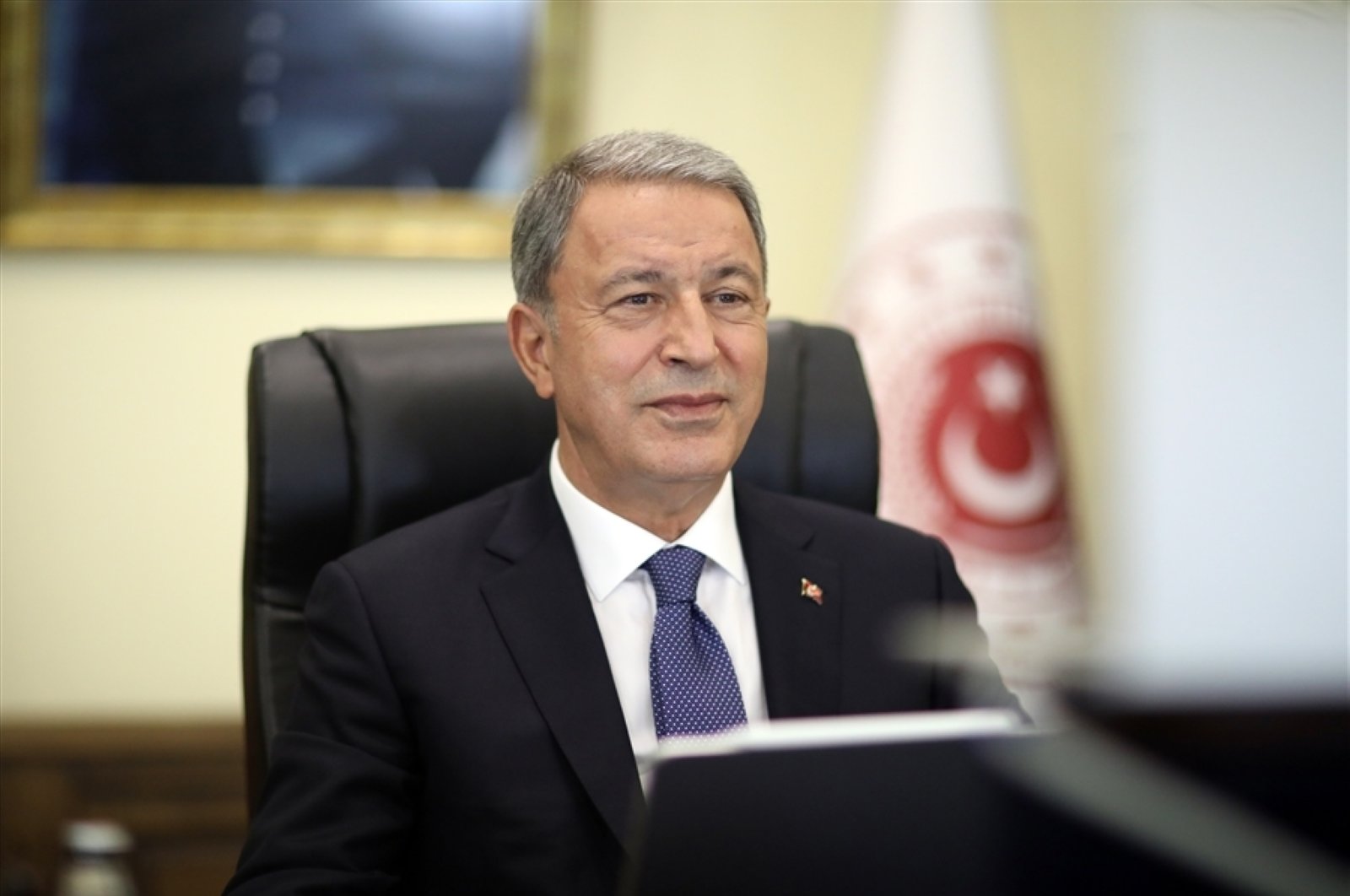 Turkey's Defense Minister Hulusi Akar Wednesday highlighted the significance Turkey and NATO possessed for one another, emphasizing that both enjoyed the mutual benefits of cooperation, especially in terms of security.

"NATO is central to Turkey's security and Turkey is central to that of NATO's," the defense minister said at a panel organized by the Washington, D.C.-based Turkish Heritage Organization.

Recalling that Turkey was among the first five countries to contribute to NATO's mission and operations and among the first eight to provide financial contributions to the organization, Akar stated that the country would continue to fulfill its responsibilities concerning the alliance.

Akar further underscored that NATO had managed to evolve in accordance with the changing security environment. However, the minister said, a multipolar system is starting to emerge in the world, with actors such as China and Russia gradually coming to the fore as global powers.

Turkey, which joined the military alliance of 29 North American and European countries in 1952, boasts the second-largest army among member nations after the United States.

Turkey attaches utmost importance to NATO's role in maintaining security and stability in the Euro-Atlantic area.

Formed in 1949, NATO was founded to guarantee the freedom and security of its members through political and military means.

Ties with the U.S. on a positive path

When it comes to Turkey's relations with the U.S., Akar expressed that despite various disagreements and many ups and downs, the two countries had managed to overcome most of their differences.

"The COVID-19 pandemic has proven once again that the Turkey-U.S. alliance and partnership is of vital importance," he said, adding that in his opinion, long-term bilateral ties were heading in a positive direction.

"People say that geography is destiny. In our case, the destiny of the region depends on Turkey. I believe that the U.S. should realize this and prioritize Turkey as its primary regional ally," Akar emphasized.

As far as the fight against the Gülenist Terror Group (FETÖ) is concerned, the minister said that Turkey would continue to call on U.S. authorities to take necessary steps against the terrorist group.

FETÖ has a considerable presence abroad, particularly in the U.S., including private schools that serve as its revenue stream. The U.S. is home to a large community of Gülenists, including group leader Fetullah Gülen who has lived in self-imposed exile in a secluded Pennsylvania compound since 1999. The U.S. is the target of most extradition requests. Turkey has sent seven extradition requests for Gülen to Washington to little avail.

The terrorist group, which disguised itself as a charity movement with religious undertones for years, sought to seize power in 2013 with a falsified graft probe on figures close to the government. Three years later, it tried to topple the government again using military infiltrators. The coup attempt in 2016 was ultimately foiled and was followed by a state of emergency. Tens of thousands of people have been detained or arrested following the coup attempt.

Ankara is partner of F-35 program

Regarding the purchase of the F-35 defense system from the U.S., Akar said Turkey is not only the customer of the missile systems but also a partner of it.

"The security of F-35 technology is as important for Turkey as it is for the U.S. We are ready to have talks on any concerns of the U.S. when it comes to the compatibility between the F-35 and S-400 missile systems," the minister said.

Washington officially suspended Ankara from the program in July 2019 over its purchase of a Russian-made S-400 air missile defense system and said it expected to “wind-down” Turkey’s involvement by March 2020.

At that point, Turkey’s first F-35s had already rolled off the production line, and its pilots and technicians were training to fly and fix them at Luke Air Force Base in Arizona. In June 2018, Turkey received the first two F-35 fighter jets in a ceremony held in Texas, but the aircraft was never officially delivered to Turkey.

However, the U.S. and partner nations continue to depend on Turkish manufacturers for components for the jets, despite Turkey's formal expulsion. They will continue to do so through 2022, U.S. defense officials recently said.

PKK not representative of Kurds

"We believe that peace and stability can be achieved through dialogue in the region," Akar said on Turkey's initiatives in the region.

Expressing that Turkey harbored no ill will toward Kurds or other ethnicities in the region, the minister emphasized that the PKK does not represent Kurds.

Commenting on Turkey's four cross-border operations in Syria, Akar stated that such moves had been executed with the utmost care for civilian safety.

"We want a civil, democratic and politically united Syria," he said, adding that Turkey will continue to respond to any terrorist threats against its national security.

Since 2016, Turkey has launched four successful anti-terrorist operations across its border in northern Syria to prevent the formation of a terrorist corridor and to facilitate the peaceful settlement of locals: Euphrates Shield in 2016, Olive Branch in 2018, Peace Spring in 2019 and this year's Spring Shield.

Over the course of its more than 40-year terror campaign against Turkey, the PKK – listed as a terrorist organization by Turkey, the U.S. and EU – has been responsible for the deaths of 40,000 people, including women, children and infants. The YPG is the PKK’s Syrian offshoot.

As far as developments in Libya are concerned, the minister added, Turkey and Libya shared a mutual culture and history and the purpose of Ankara in the region was to ensure a Libya that belonged to Libyans.

"Although countries like the United Arab Emirates (UAE), Egypt, Russia, France and Saudi Arabia claim to want a political solution in Libya, they continue to provide putschist Gen. Khalifa Haftar with military and weaponry equipment," he said, adding that this foreign support was the biggest obstacle preventing peace in Libya. The minister continued by ensuring that Ankara would maintain its support of the internationally recognized Government of National Accord (GNA).

Libya has been torn by civil war since the ouster of late dictator Moammar Gadhafi in 2011. The government was founded in 2015 under a U.N.-led agreement, but efforts for a long-term political settlement failed due to a military offensive by forces loyal to Haftar.

The U.N. recognizes the government headed by Fayez Sarraj as the country's legitimate authority, as Tripoli has battled Haftar's militias since April 2019 in a conflict that has taken more than 1,000 lives.

Turkey continues to support the internationally recognized government, but Haftar has been backed by Russia, France, Egypt and the UAE.