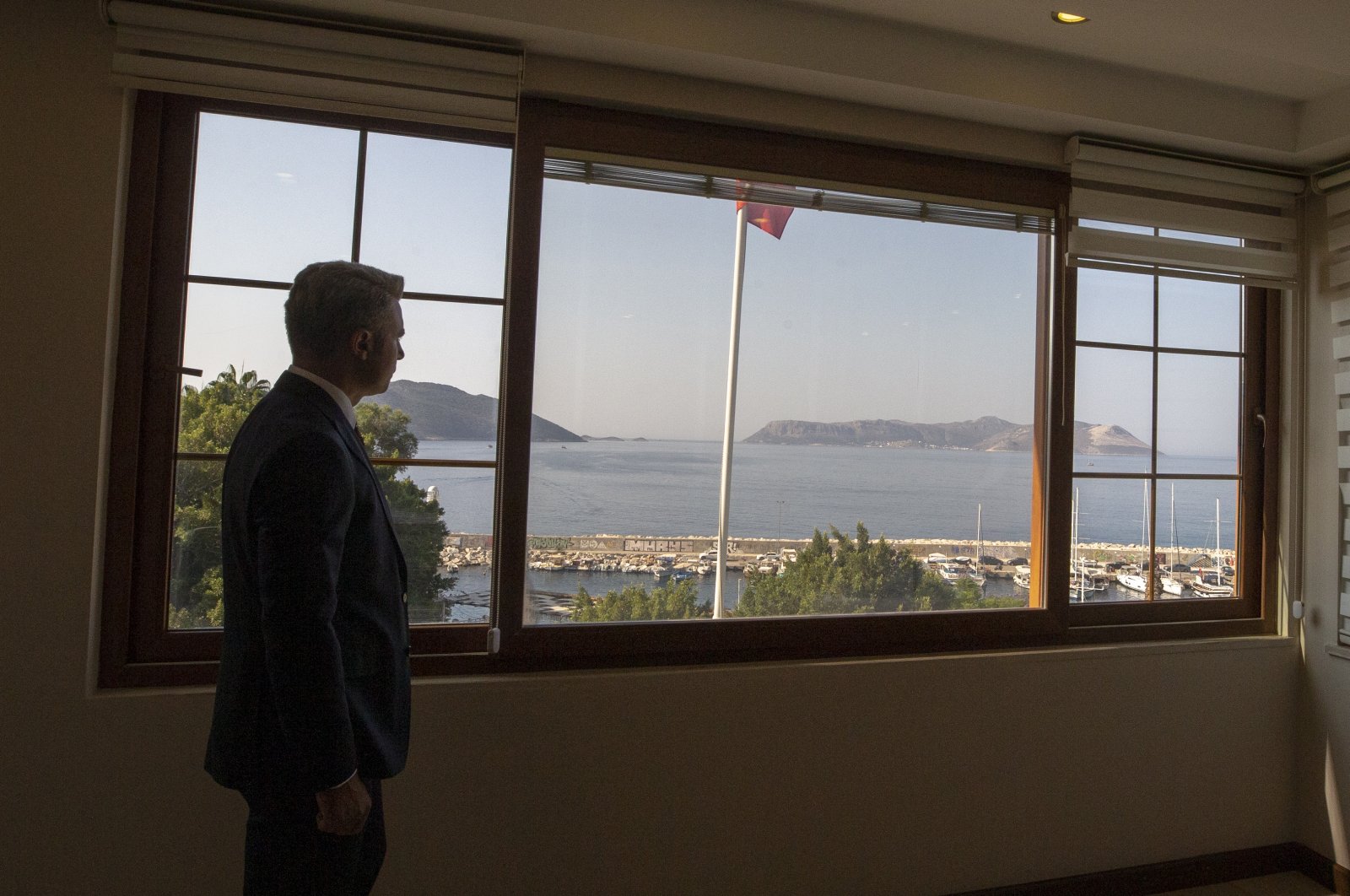 Known for their geographical proximity to one another, people in Turkey's Mediterranean town of Kaş and on the Greek island Kastellorizo (Megisti-Meis) continue to pursue their decadeslong friendship, regardless of recent political conflict between the two countries that centers around these two strategic points.

The two locations are only 2.1 kilometers (1.3 miles) away from each other, making them so close that from Kaş, it is quite easy to see the Ottoman-era historical artifacts on Kastellorizo. This proximity has an impact on the locals as well, to the point that people in Kastellorizo were running most of their errands in Kaş, located in southern Antalya province, up until the outbreak of the coronavirus pandemic.

"People in Kastellorizo were living dependently on the town of Kaş," said Kaş district governor Şaban Arda Yazıcı. Enjoying a view of Kastellorizo from his office window, Yazıcı told Anadolu Agency (AA) reporters that there are no problems between the locals of the two spots despite the conflicting states.

"We know that they (locals of Kastellorizo) have been struggling to meet their needs since the pandemic has erupted," since they are no longer able to come to Kaş, the governor said, adding that up until that point, the Greeks were frequent visitors of Kaş.

Underlining that the dialogue between the two communities is highly developed, Yazıcı said that since the pandemic, they continue their communication with the Greeks through social media.

Pointing out the island's dependency on Kaş, the governor indicated that the Turkish state urges the town residents to be helpful to the Greek community, and thus, they are happy to provide whatever they need.

"The people of Kastellorizo are some of the biggest victims of the pandemic. Although there are food deliveries from various spots of Greece to the island, it often gets interrupted. The locals say this themselves. It is like an open prison for them. They tell this to their friends in Kaş and are waiting for the pandemic time to be over as soon as possible," Yazıcı said.

One of the locals of Kaş, greengrocer Hüseyin Uçar, said that before the pandemic, people from Kastellorizo were coming to the town every day.

"We have been in touch over social media constantly. In summers, they were coming and buying vegetables and fruits almost every day. There is not a single problem between us. They love us, we love them," Uçar said.

Similarly, barber Bayram Aydoğdu expressed that he has been having videoconferences with his friends in Kastellorizo.

"They want to come back to Kaş as soon as possible. They say that their opportunities on the island are pretty limited," he said.