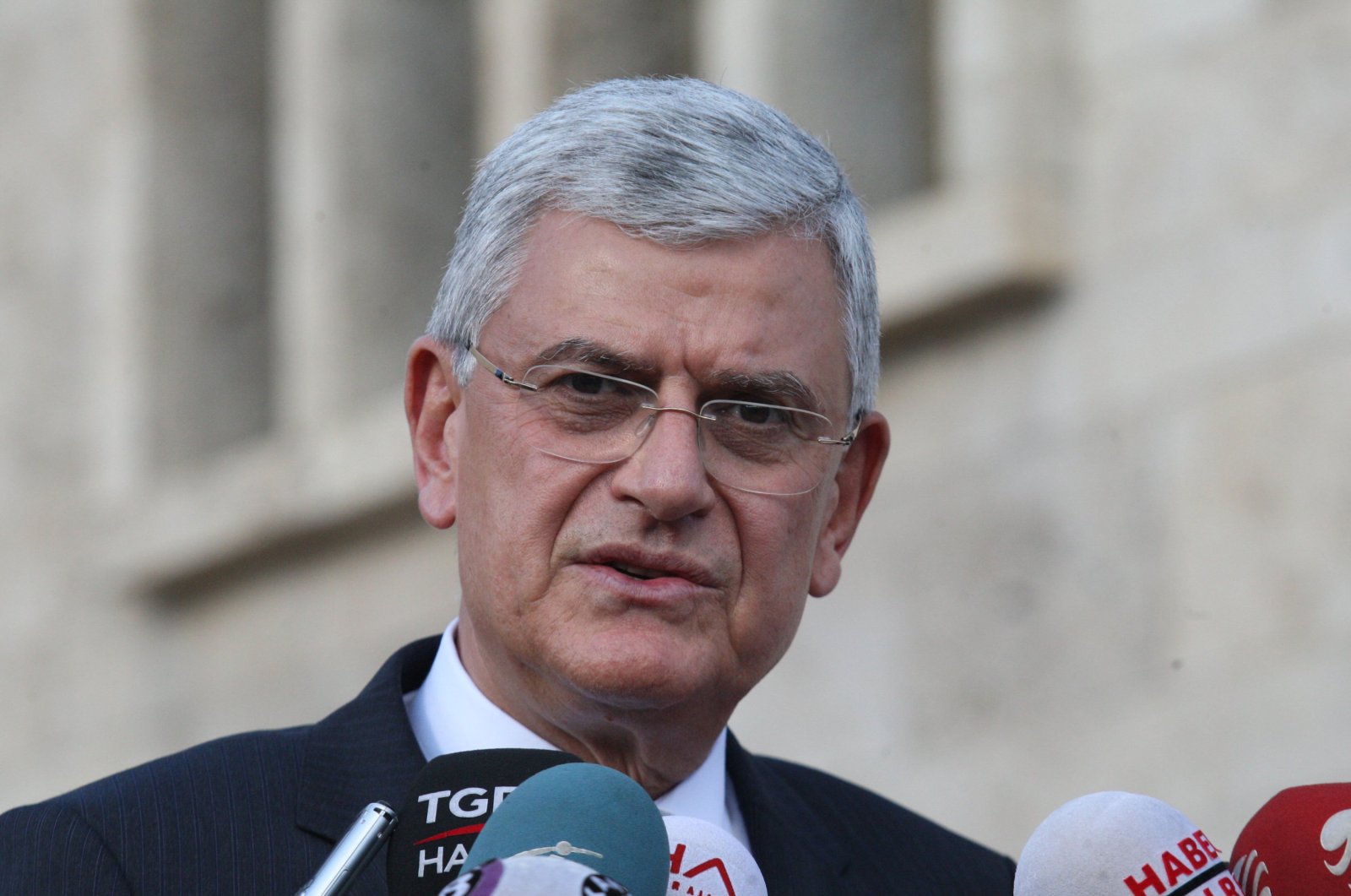 Prominent Turkish diplomat Volkan Bozkır was elected as the president of the United Nations General Assembly, a statement from the Foreign Ministry said late Wednesday.

"Elected by the full support from the overwhelming majority of U.N. member states, Ambassador Bozkır is expected to take office as the president of the 75th U.N. General Assembly on Sept. 15, 2020, for a duration of one year," the statement said.

Bozkır's election marks the first time a Turkish diplomat has held the post in U.N. history, and the highest-ranking U.N. office ever held by a Turkish citizen.

In a secret ballot vote, Bozkır, who was unopposed for the post, received 178 ballots in support as 11 nations abstained on Wednesday.

"I am thankful to all UN member states, for electing me with an overwhelming majority, as the President of the 75th UN General Assembly," Bozkır said on Twitter. "As we mark the 75th anniversary of the UN, I will guide the efforts to contribute to international peace, in the challenging times we live in."

"The President of the General Assembly assumes a leadership throughout this process and plays a conciliatory role that enables member states to take pertinent decisions on global problems and their solutions, with a perspective to promoting multilateralism and international cooperation. It is of particular significance that Ambassador Bozkır will assume his duties as President of the General Assembly during the 75th anniversary of the UN and the challenging times when the UN system seeks effective responses to COVID-19 pandemic," the statement added.

"With this understanding, we are confident that Ambassador Bozkır, as an experienced diplomat and politician, will successfully fulfill this distinguished responsibility, make valuable contributions to the international peace and stability as well as to overcoming this troubled chapter," it said.

Foreign Minister Mevlüt Çavuşoğlu congratulated the former Turkish ambassador on being elected to the post ahead of the General Assembly's 75th session in September.

"Ambassador Volkan Bozkir, nominated upon the instruction of our President, has been elected President of 75th UNGA w/ample support of UN Members. Congratulations to Amb. Bozkir for this achievement, which is proof of Turkey's respectable position. Will support all his endeavors," he said on Twitter.

President Recep Tayyip Erdoğan called Bozkır and Turkey's permanent representative to the U.N., Feridun Sinirlioğlu, to offer his congratulations on Bozkır's election and to discuss the post.

The president told Bozkır and Sinirlioğlu he hopes the election will be auspicious for all.

"The efforts did not go in vain," Erdoğan said, referring to Turkey's bid for the presidency.

"I congratulate you all and hope it will all be better from now on," he said.

Foreign Minister Çavuşoğlu was also present during the phone call.

Bozkır is currently a Justice and Development Party (AK Party) lawmaker from Istanbul and head of the Turkish Parliament's Foreign Affairs Committee.

He was elected to the Turkish legislature in 2011 following nearly 40 years in the Foreign Service that included posts in Stuttgart, Germany; Baghdad, Iraq; New York City, U.S.; and Bucharest, Romania.

Gismat Gozalov, the Deputy Secretary-General of the Cooperation Council of Turkic States, congratulated Bozkır for becoming the president of the UNGA, noting that his election has become a source of pride for not just Turkic Council states and Turkey, but all of the Turkic world.

Venezuela has also welcomed Bozkır's election as the U.N. General Assembly president ahead of the historic 75th General Debate in September.

"We are certain that it will keep the Assembly running smoothly and further strengthen collective decisions," Arreaza added.

He also congratulated the new Non-Permanent Member States of the Security Council, India, Mexico, Norway and Ireland, while retweeting a post saying that Canada lost the election bid to be a member of the U.N. Security Council.

"Not surprised with UN Security Council election results today," Ron said on Twitter. "A subservient foreign policy may win you Trump's favor, but the peoples of the world expect an independent voice that will stand for diplomacy, respect for self-determination, and peace."

The Kashmiri diaspora in the U.S. also congratulated Bozkır, saying they trust he will promote justice for Kashmiris during his tenure.

Addressing his remarks to Ambassador Volkan Bozkır, Ghulam Nabi Fai, Secretary-General of the World Kashmir Awareness Forum, wrote Thursday: "If the people of Indian-occupied Kashmir had the freedom to express their sentiments, you would no doubt have heard their loud voice rejoicing at the fact that the distinguished representative of brother country-Turkey-is presiding this year over the parliament of nations."

There are 20 U.N. resolutions on Jammu and Kashmir that include seeking a plebiscite in the disputed region to decide its political future.

Fai said the resolutions were "meticulously" negotiated between the parties – India and Pakistan – and accepted by each, adding: "They thus embody a solemn international agreement."

He added: "They were endorsed repeatedly by the Security Council and by successive United Nations representatives."

Fai, an advocate for Kashmir for four decades, said the U.N. resolutions "explicitly recognize the right of the people of Kashmir to determine the future status of their homeland."

"Turkey is in favor of resolving the Kashmir issue by taking into consideration the expectations of our Kashmiri brothers, through dialogue based on UN resolutions," he said.

He said he trusted Bozkır would bring his "immense influence to bear on initiating a peace process, which will lead to a speedy, just, and honorable settlement of the dispute and restore their inalienable rights to the people of Jammu & Kashmir."

Kashmir is held by India and Pakistan in parts and claimed by both in full. A small sliver of Kashmir is also controlled by China.

According to several human rights groups, thousands of people have been killed in the conflict in the region since 1989.