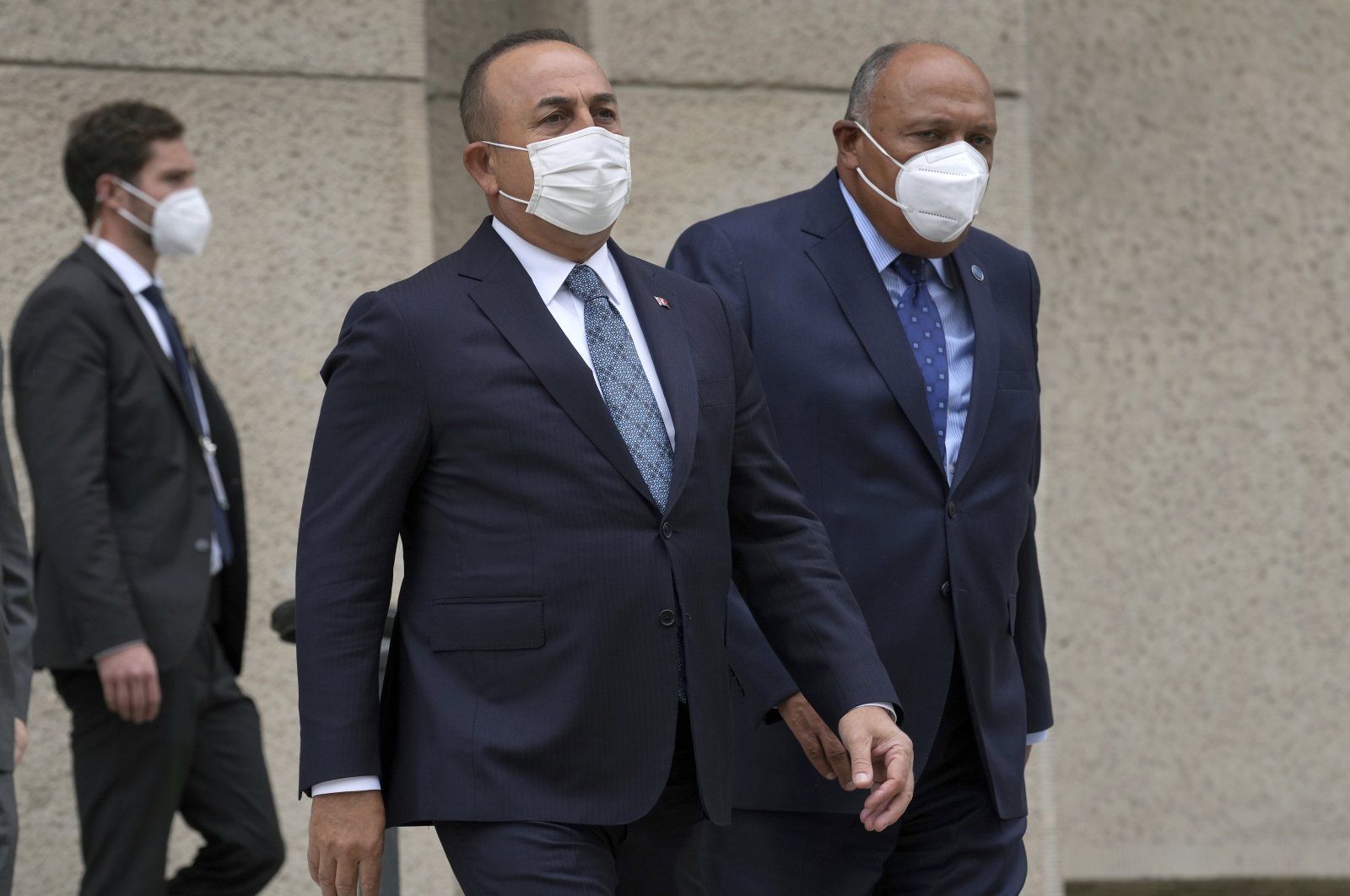 Shoukry said in a TV interview late Saturday that the softening of criticism toward the Egyptian government by Turkey-based opposition channels was preparing the ground for normalizing relations.

"This is a positive step by Turkey, and we certainly affirm that normal relations are based on noninterference in internal affairs," said Shoukry on the channel Al-Qahira wal-Nas.

If such steps continue, they will lead to "full normalization," he added. Shoukry also hinted that contacts at different levels would continue to set the "optimal framework for relations and how to resume them."

Turkey has repeatedly affirmed its commitment to the rules of international law, diplomatic norms and the principles of good neighborliness, including noninterference in the internal affairs of any country. On the situation in Libya, Shoukry said, "The matter has many aspects, and Libya is of paramount importance to Egypt and its national security."

"We're continuing contacts (with the Turkish side) to evaluate steps to lay a good ground for the return of normal relations," he went on to say.

Last week, the Turkish foreign ministry stated that "Egypt is Turkey's biggest trade partner in Africa" and that Ankara aims to develop a common understanding with Cairo.

A Turkish delegation headed by Deputy Foreign Minister Sedat Önal visited Cairo on May 5-6, at Egypt's invitation. At the end of the visit, the two countries issued a joint statement describing the exploratory round of bilateral talks between them as "frank and in-depth."

Both Cairo and Ankara have given positive signs in recent months, including statements by Turkish Foreign Minister Mevlüt Çavuşoğlu, on the possibility of the two countries negotiating to demarcate their maritime borders in the Eastern Mediterranean. This was followed by praise from Egyptian Minister of Information Osama Heikal for the recent decisions and direction of the Turkish government on relations with Cairo, describing them as a "good gesture."

On May 7, Turkish President Recep Tayyip Erdoğan announced the start of a new phase in relations with Egypt, stressing that the talks would continue, develop and expand.

Turkey-Egypt relations have continued at the level of Chargé d'Affaires since 2013. During this period, brief meetings were held between the foreign ministers of the two countries on various occasions.