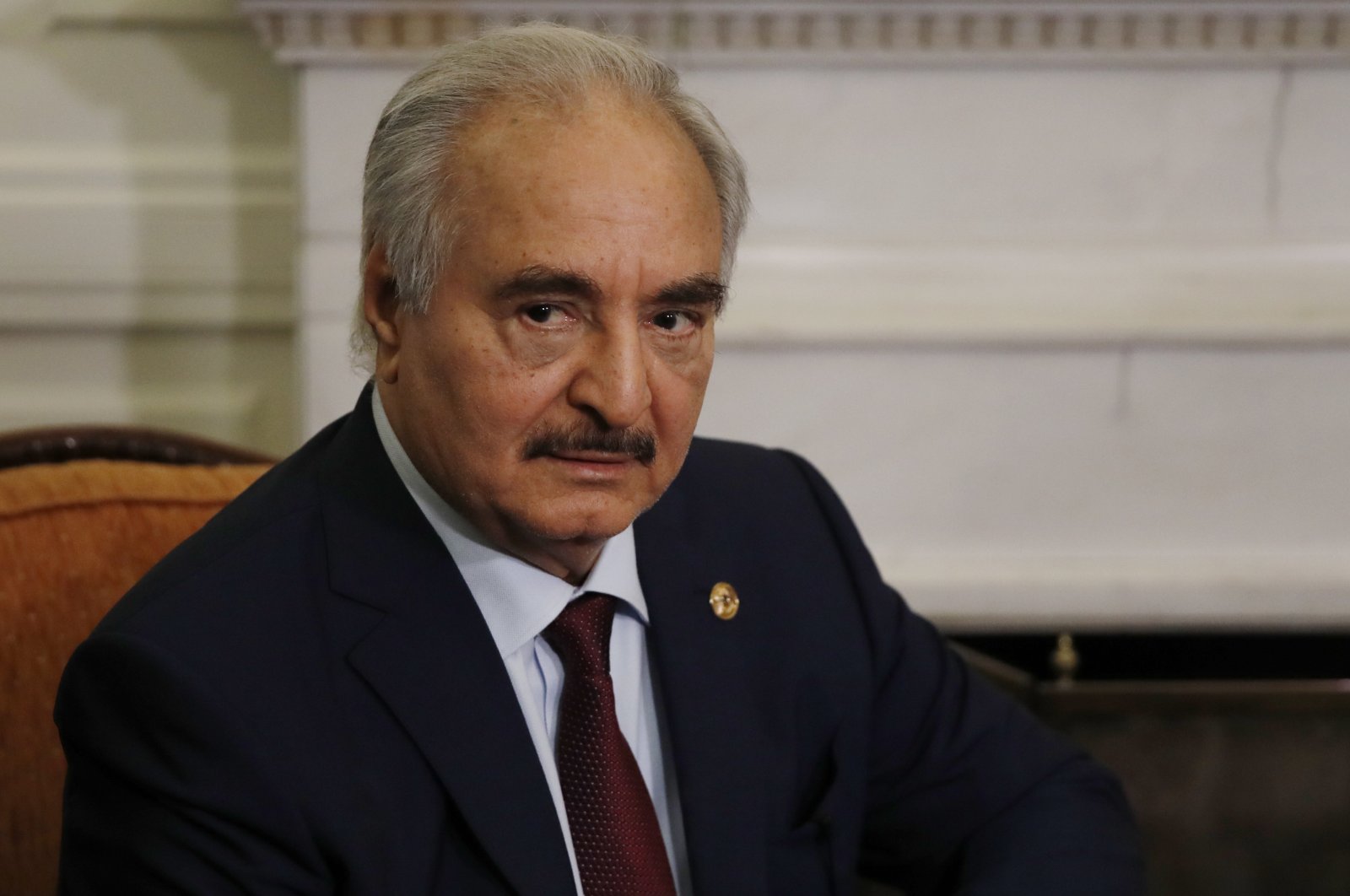 Aquila Saleh, speaker of the east Libya-based parliament and Egyptian spy chief Abbas Kamel were also present at the meeting.

"During the meeting, el-Sissi was informed of developments in Libya and the efforts of all parties to implement a cease-fire and advance the peace process under the supervision of the U.N.," the Egyptian presidency said in a statement.

On Tuesday, Saleh and Haftar arrived in Cairo on an unannounced visit, according to Egyptian media. Last June, el-Sissi met with Haftar and Saleh and then announced what was known as the Cairo Declaration to solve the Libyan crisis.

During his address to the 75th session of the U.N. General Assembly via video link, el-Sissi had told that the line extending between Sirte and Jufra is demarcated as a redline in defense of the Egyptian people and national security. He also urged all parties to the Libyan conflict to return to the political process with the aim of restoring peace, security and stability.

In the Libyan conflict, Haftar and his eastern-based illegitimate forces are mainly supported by Egypt, Russia and the United Arab Emirates (UAE). On the other hand, Turkey and Qatar are the main backers of the U.N.-recognized legitimate Government of National Accord (GNA).

Russia is known for sending mercenaries to Libya in support of Haftar. The Wagner Group, a Russian private military company active in Libya, Syria and Ukraine, has been playing a key role with its mercenaries in the conflict.

Most recently, the United States on Wednesday slapped sanctions on a Russian network tied to a close ally of President Vladimir Putin and on individuals accused of assisting Russia's Federal Security Service (FSB) and helping Moscow evade sanctions.

The first tranche of sanctions targets three individuals and two mining companies that work on behalf of Yevgeniy Prigozhin, the Putin ally who was indicted by U.S. Special Counsel Robert Mueller for attempts to influence the 2016 presidential election and who is believed to own the Wagner Group.

"Yevgeniy Prigozhin has an international network of supporters to spread his malign political and economic influence around the globe," Treasury Secretary Steven Mnuchin said in a statement. "The United States will continue to target the ability of Prigozhin to conduct operations globally."

The individuals targeted for their connections to Prigozhin are being designated for working on his behalf to "advance Russia's influence in the Central African Republic (CAR)," the department said in a statement.