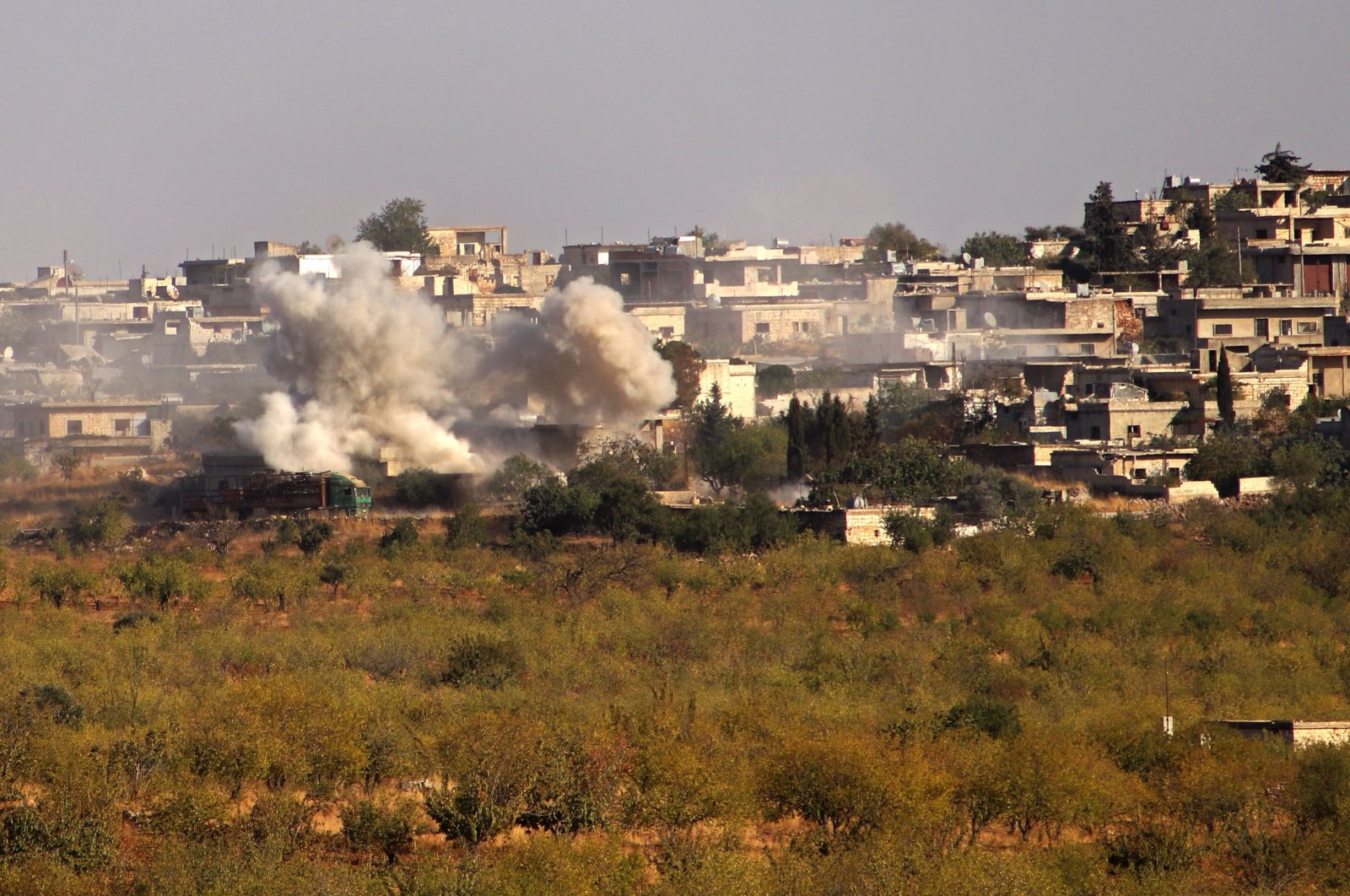 In a response to Egyptian Foreign Minister Sameh Shoukry’s remarks about Turkey, Ministry spokesperson Hami Aksoy said that Turkey has martyrs in the fight against terrorism in Syria. He reminded that the country has welcomed nearly 4 million Syrian refugees and protected residents against a cruel regime and terrorists in northern Syria. He added that Turkey made concrete political contributions to the war-torn country as part of both the Astana and Geneva processes.

In a ministerial meeting of the Small Group on Syria on Thursday, Shoukry warned against foreign interference in the war-torn nation, saying Turkey "poses a threat to Syria and the whole region."

Egypt's role in the Small Group on Syria is to work toward sustainable peace, security and stability in the region, Aksoy noted.

"Regarding Syria, the duty of Egypt – a member of the Small Group – is to listen to the expectations of the nations and to serve the sustainable peace, security and stability in the region, not to stand for oppressive regimes, putschist parallel structures and terrorist organizations," he added.

"The role Turkey has assumed in Syria is and will be the guarantee of not only its own national security but also the protection of Syria's political unity and territorial integrity," Aksoy added.

The Small Group on Syria is comprised of Egypt, France, Germany, Jordan, Saudi Arabia, the U.K. and the U.S.

This is not the first time that Egypt has targeted Turkey over its presence in Syria. In Cairo on Sept. 9, the Arab League, which consists of Egypt, Saudi Arabia, Iraq, the United Arab Emirates (UAE) and Bahrain, formed a committee to address a topic titled "Turkey's interventions in Arab affairs." In his speech at the committee, Shoukry attacked Ankara by claiming that its activities in the war-torn country are an "occupation."

Prior to such moves, last year, following Turkey's Operation Peace Spring, Cairo called for an emergency Arab League meeting to discuss the issue and urged the group to push Turkey to withdraw.

These moves are followed by Egypt's recent realliance with the Syrian regime, marked by the expressed desire back in 2019 to take the country back into the Arab League. Since then the two have improved their ties with multiple bilateral visits, the latest of which took place in September when a delegation from the Syrian regime visited Cairo.

The relations between Turkey and Egypt deteriorated after current President Abdel-Fattah el-Sissi toppled the country’s first democratically elected president, Mohammed Morsi, in a coup after only a year in office.

The Egyptian military then crushed the Muslim Brotherhood movement in a major crackdown, arresting Morsi and many of the group's leaders, most of whom have been in prison while undergoing multiple trials since the coup.

Morsi, who had diabetes and kidney disease, collapsed and died during a trial in June 2019. His family said he died because he had not been provided with proper medical treatment.

Under el-Sissi, Egypt has been carrying out an anti-Ankara campaign and has arrested Turkish tourists visiting the country.

Egypt has also sided with the UAE in Libya and with Greece in the Eastern Mediterranean crisis against Turkey.

Back in June, the country also attacked Turkey over its involvement in Libya, which led to a major reaction from Ankara.

"We reject the unfounded accusations of Egyptian Foreign Minister Sameh Shoukry against Turkey within the context of Libya in the meeting of the Foreign Ministers of the Global Coalition to Defeat DAESH/ISIS Small Group on June 4, 2020," Aksoy said at that time.

"In fact, Turkish Deputy Foreign Minister Ambassador Sedat Önal gave the necessary response to the Egyptian foreign minister during the meeting," he added.

Aksoy said putschist Gen. Khalifa Haftar and his allies, including the Egyptian administration, are the real obstacles to peace in Libya, with their attempts to overthrow the legitimate government to establish an authoritarian regime.

"It is not surprising that those who have taken over their administration by coup support a putschist. Egypt's yearslong military support to putschist Haftar constitutes a clear violation of the relevant (United Nations) Security Council resolutions," he added.