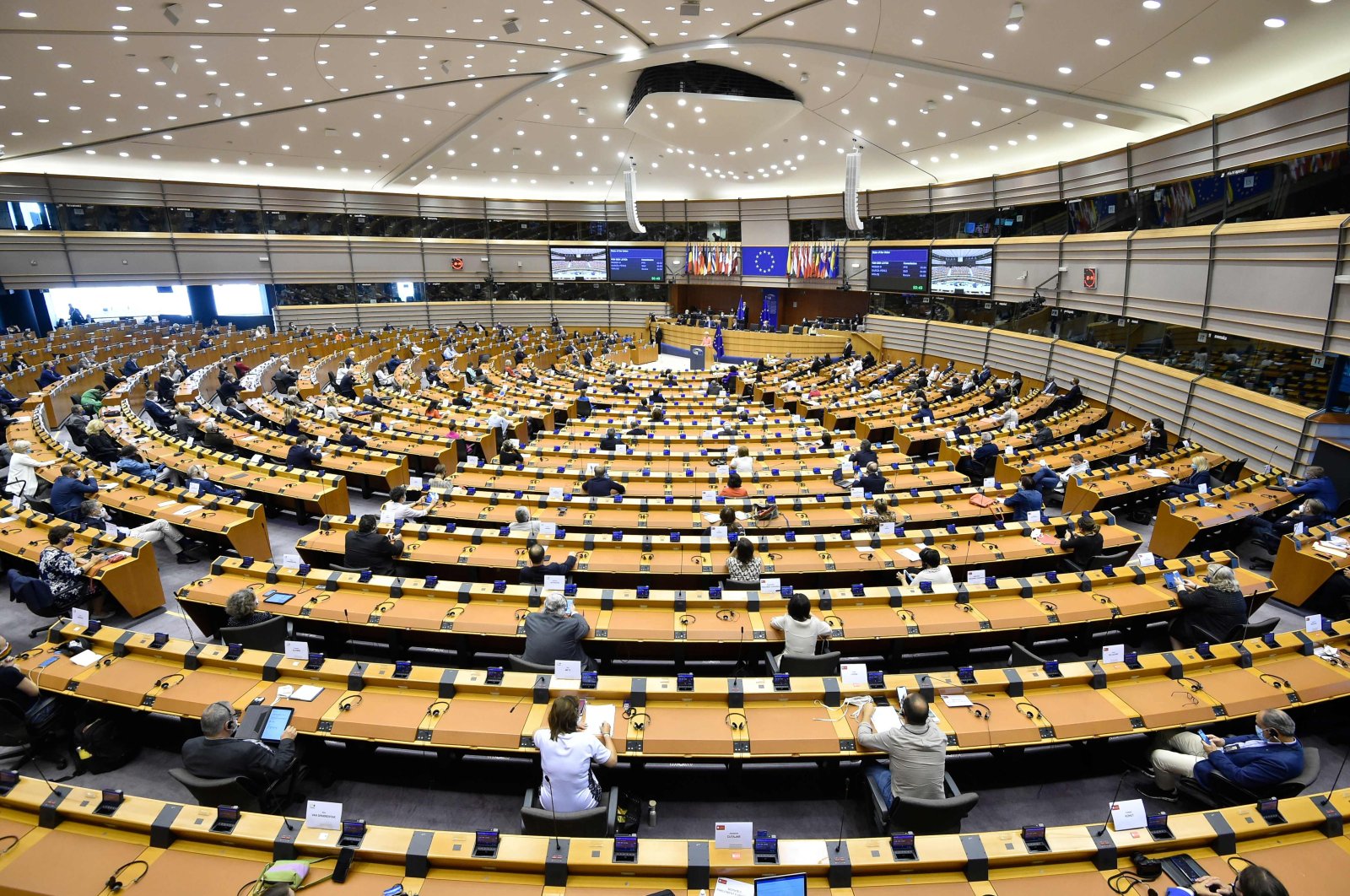 Members of the European Parliament condemned Turkey for its actions in the Eastern Mediterranean, as they expressed full solidarity with Greece and the Greek Cypriot administration on Thursday.

The members of the Parliament adopted a resolution by 601 votes in favor, 57 against and 36 abstentions to express “full solidarity” with Greece and the Greek Cypriot administration.

They called on Turkey to immediately halt exploration and drilling activities in the Eastern Mediterranean and stop “nationalistic warmongering rhetoric.”

They continued by noting that a solution can only be found through dialogue, diplomacy and negotiations as they urged all actors to commit to an urgent de-escalation.

“Insisting that further sanctions can only be avoided through dialogue, they (MEPs) call on the council to stand ready to develop further restrictive measures that should be sectoral and targeted and would not have an adverse impact on the people of Turkey or the refugees residing there,” a statement published by the European Parliament said.

The statement comes ahead of the Special European Council meeting on Sept. 24-25.

Greece disputes Turkey's current energy exploration activities in the Eastern Mediterranean, trying to box in Turkish maritime territory based on the proximity of its islands to the Turkish coast.

The country has been firm in declaring that Ankara and the Turkish Republic of Northern Cyprus (TRNC) have rights in the region.

Ankara earlier said energy resources near the island of Cyprus must be shared fairly between the Greek Cypriot administration and the TRNC – which has issued Ankara's state oil company Turkish Petroleum (TPAO) a license for exploration.

Both countries have called on allies for support, urging the international community to mediate between them.

Turkish officials have urged Greek counterparts to sit down at the negotiating table with no preconditions, but the latter had been ignoring the calls until earlier this week when Prime Minister Kyriakos Mitsotakis said he was ready to sit down and discuss the matter with Turkey.

The two countries have also been holding NATO-led deconfliction talks in Brussels to find a solution to the issue.