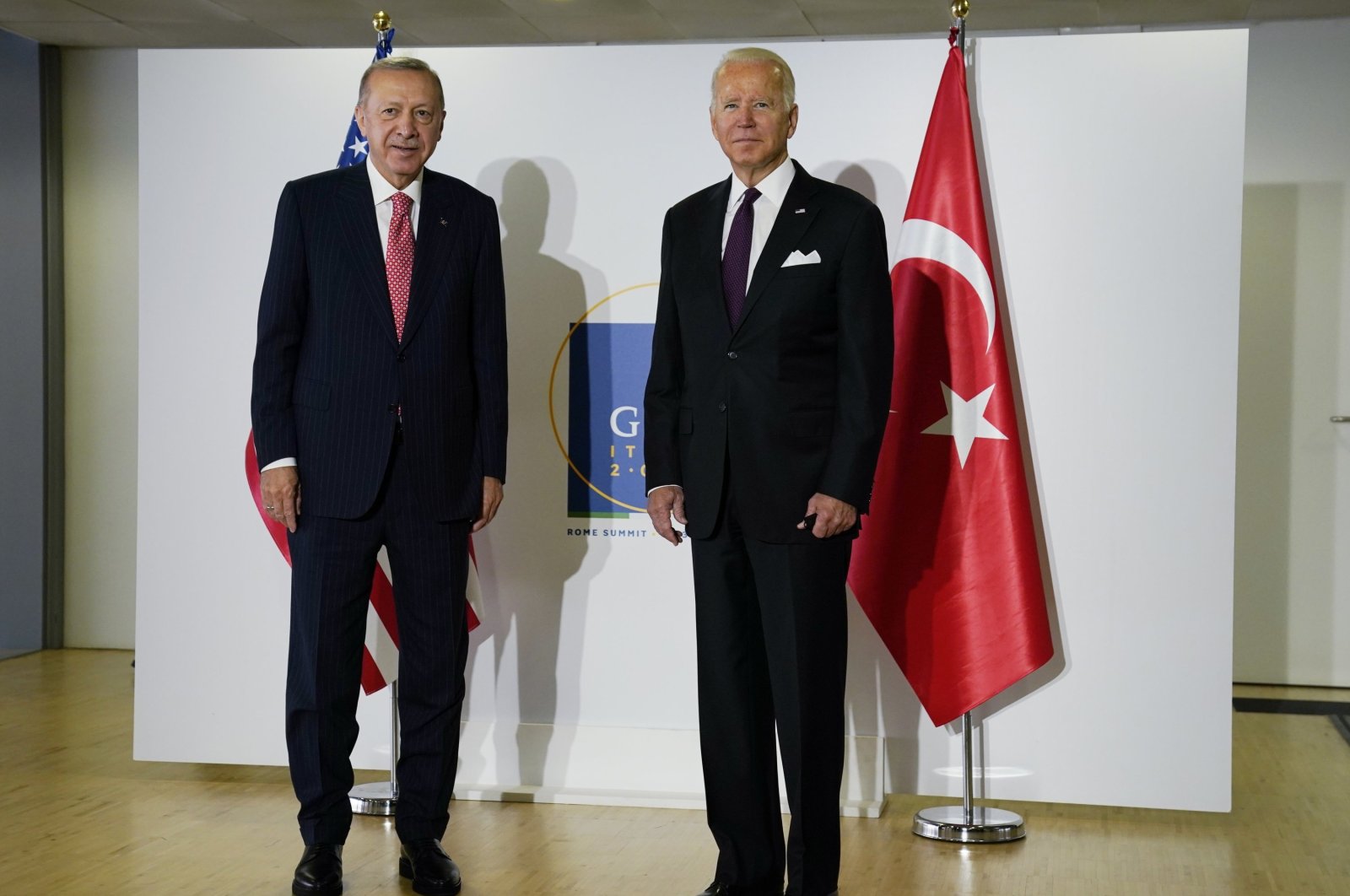 "Nothing is scheduled at the moment, but they may very well have the opportunity to see one another at the NATO Summit. Let's see how the next 24 hours unfold," Sullivan told reporters in Germany. The summit is set to begin on Tuesday.

Sullivan said he was not suggesting all issues involved would be resolved by the NATO summit in Madrid later this week but said the goal was to "try and resolve as many of them as possible so that Madrid gives a boost to their candidacies even if there remain some concerns on the part of Turkey."

"There is a flurry of diplomatic activity occurring," he added.

"Tomorrow, we understand that there will be further engagements among the Turks, Finns, Swedes, and the NATO secretary-general," he said. "And so we want to see how that unfolds as we head into Madrid."

He said Biden is following the matter "very closely" and his team is working it with the officials from Finland, Sweden, and Turkey.

Finnish and Swedish leaders will also discuss their stalled NATO bids with Erdoğan on Tuesday at the start of an alliance summit in Madrid, Helsinki said Monday.

But Turkey said the four-way meeting, which will also involve NATO chief Jens Stoltenberg, did not mean that Ankara was close to lifting its objection to the two Nordic countries joining the military bloc.

The Finnish presidency said the four leaders will meet in Madrid, before the start of the alliance's summit, which will focus on Russia's invasion of Ukraine.

The meeting "will be preceded (Monday) by a round of talks between Finnish, Swedish and Turkish officials hosted by NATO in Brussels," the Finnish presidency said.

Russia's invasion of Ukraine earlier this year saw the two Nordic countries abandon decades of military non-alignment by applying for NATO membership in May.

But the joint membership bid, initially believed to be a speedy process, has been delayed by objections from NATO member Turkey.

Ankara has accused Finland and Sweden, in particular, of providing a safe haven for PKK militants whose decades-long insurgency against the Turkish state has claimed tens of thousands of lives.

The Turkish leader has also called on Sweden and Finland to lift arms embargoes imposed against Turkey in 2019 over Ankara's military operation in Syria.

Erdoğan signaled on Saturday that no progress had been made in Sweden's bid to join NATO, urging Stockholm to take "concrete actions" to meet Ankara's concerns.

Turkish officials said Ankara does not view the summit as a final deadline for resolving its objections.

"Participating in this summit does not mean that we will step back from our position," Ibrahim Kalın said.

"We are conducting a negotiation. It has many stages."

"We want you to show the same change against the PKK and its affiliated YPG, PYD and similar structures," he said in reference to PKK-linked groups operating in Syria and Iraq.