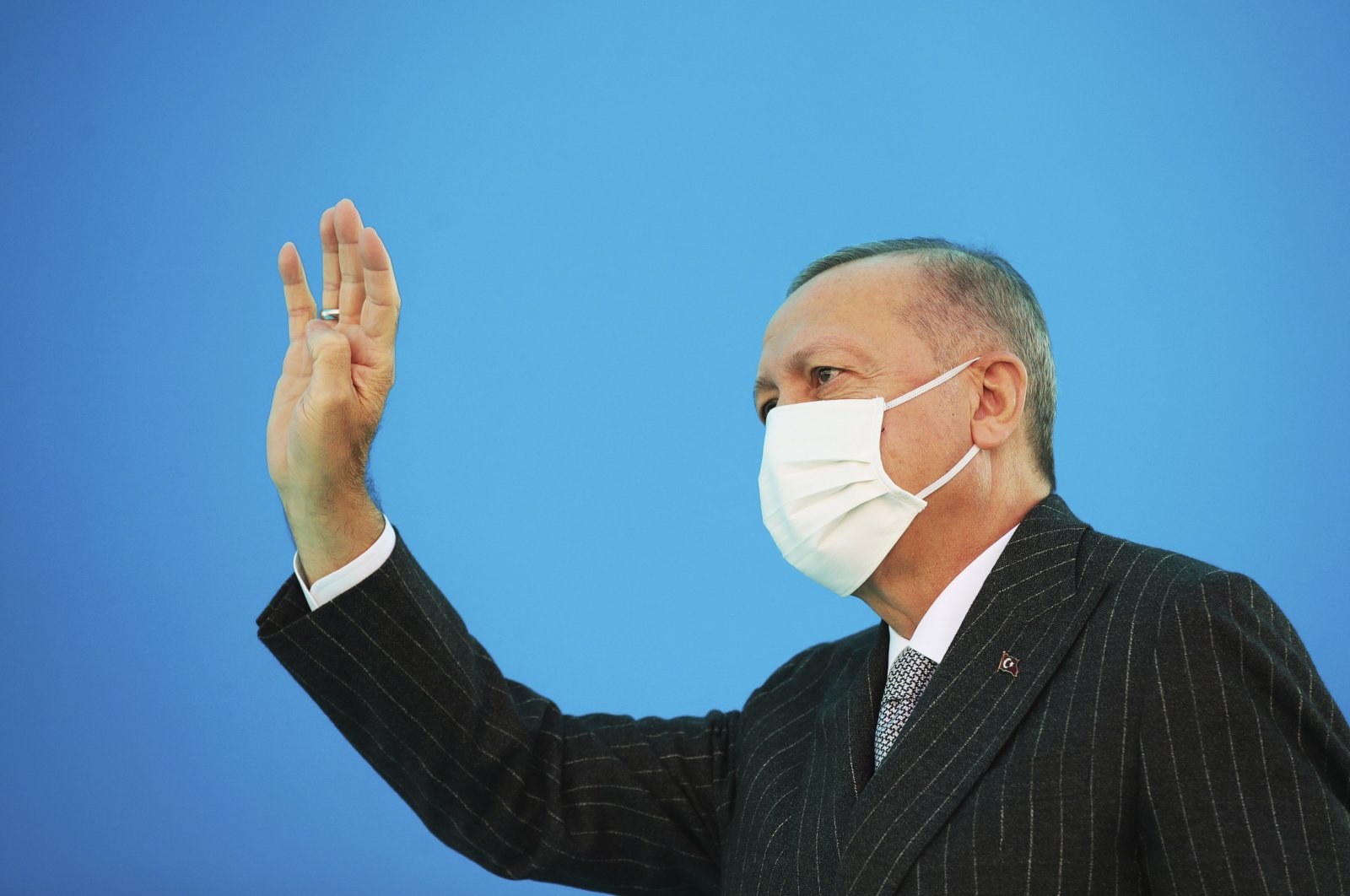 President Recep Tayyip Erdoğan, wearing a mask to guard against the spread of COVID-19, waves toward his ruling Justice and Development Party (AK Party) members at a soccer stadium, in Kahramanmaraş, southeast Turkey, Nov. 7, 2020. (AP)
by DAILY SABAH
Nov 08, 2020 2:19 pm

President Recep Tayyip Erdoğan congratulated Azerbaijan on Sunday over its Shusha victory in the Nagorno-Karabakh region, vowing to support Baku in its fight against Armenian occupation.

Shusha holds critical importance in the overall liberation of the occupied Nagorno-Karabakh region.

About 20% of Azerbaijan's territory – including Nagorno-Karabakh and seven adjacent regions – have been under Armenian occupation for nearly three decades.

While world powers have called for a sustainable cease-fire, Turkey has supported Baku's right to self-defense and demanded the withdrawal of Armenia's occupying forces.

Multiple U.N. resolutions also call for the unconditional withdrawal of the invading forces.

Turkish officials on Sunday welcomed Azerbaijan's liberation of the city of Shusha from Armenia's occupation.

Vice President Fuat Oktay said the establishment of sovereignty is an important development and good news for Azerbaijan.

"Shusha is liberated from the Armenian occupation. Congratulations on your victory, my dear brother (country)," Oktay said on Twitter.

Foreign Minister Mevlüt Çavuşoğlu also celebrated the news of Shusha, which he called the capital of culture.

"On National Flag Day, the glorious Azerbaijani flag will fly over Shusha forever. Live in happiness with your tricolor flag, Azerbaijan," he said.

Presidential Spokesperson Ibrahim Kalın shared his congratulations on the liberation of the strategically important city on Twitter.

Ömer Çelik, the spokesperson for the ruling Justice and Development Party (AK Party), also expressed happiness over the Shusha victory.

Meanwhile, following the victory, Çavuşoğlu and Defense Minister Hulusi Akar had a meeting with Aliyev in Baku on Sunday.