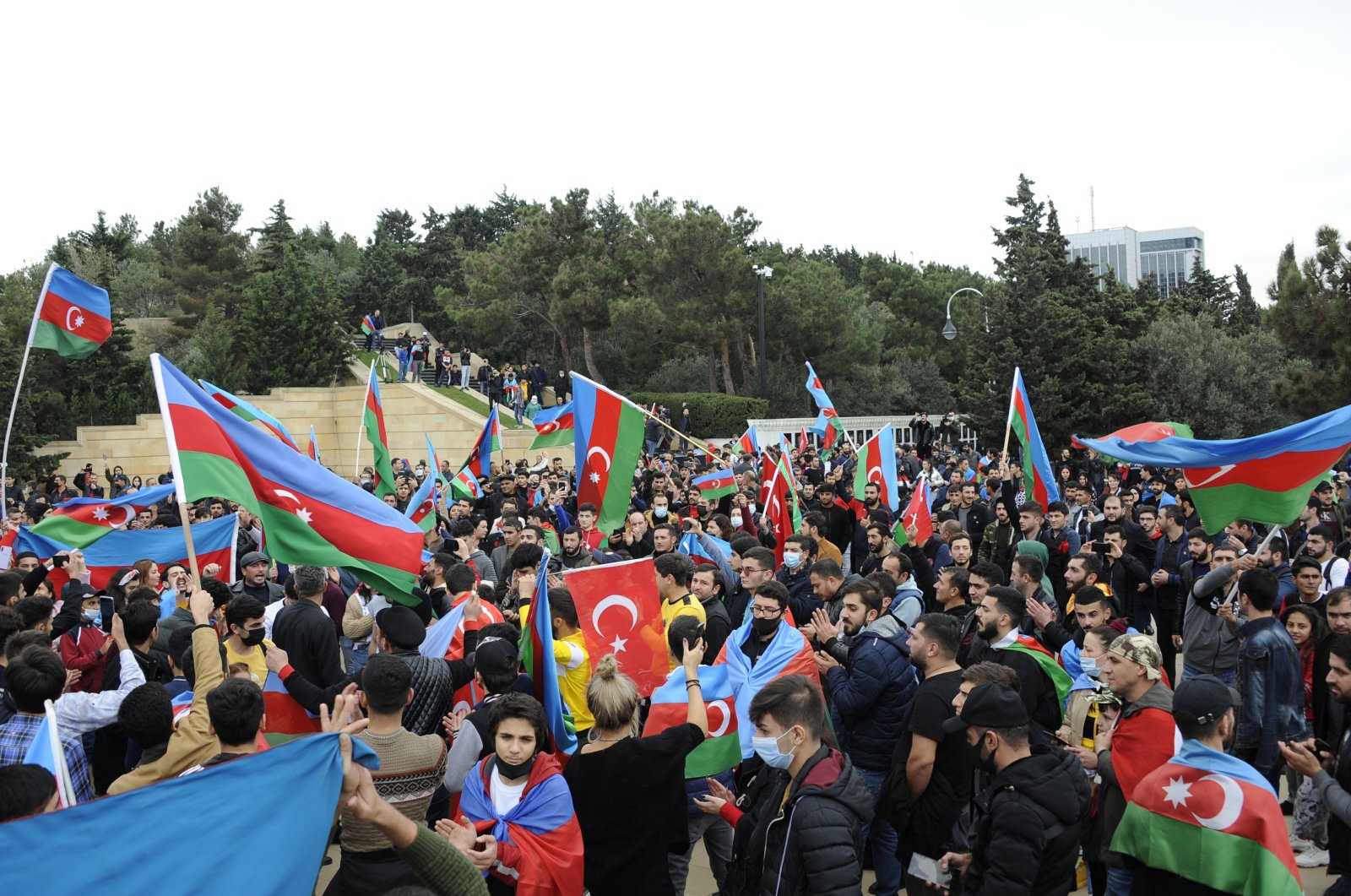 President Recep Tayyip Erdoğan hailed the cease-fire in Azerbaijan’s Nagorno-Karabakh in a phone call with his Russian counterpart Vladimir Putin, according to a statement from the Directorate of Communications late Tuesday.

According to a statement, Erdoğan told Putin that the cease-fire is a positive step to reach a permanent solution.

The president told Putin that Armenia’s compliance with the cease-fire is of utmost importance.

Erdoğan also said that Turkish forces will be in Azerbaijan alongside Russian forces for observation and supervision, in areas determined by the Azerbaijani government.

He underlined the importance of the creation of a corridor between Azerbaijan's mainland and its enclave Nakchivan, which sits on the Turkish border.

The president emphasized the importance of Turkish-Russian cooperation to solve regional conflicts and issues, including in the Caucasus and Syria.

Azerbaijan and Armenia have reached a historic peace deal to end the decadeslong conflict in the occupied Nagorno-Karabakh, in a move seen as a victory for Baku and a defeat for Yerevan, as celebrations and protests followed the announcement of the deal in the respective countries.

Armenia, Azerbaijan and Russia said in the early hours of Tuesday they had signed a deal to end the military conflict over the region after more than a month of clashes.

Russian President Vladimir Putin said that the cease-fire has started and that Azerbaijani and Armenian militaries will remain in the positions they control.

The Moscow-brokered agreement, which saw a cease-fire take effect at 1 a.m. local time (9 p.m. GMT), came after a string of Azerbaijani victories in its fight to retake its occupied territories.

The deal sparked celebrations in Azerbaijan but fury in Armenia, where protesters took to the streets to denounce the country's leadership for the losses.