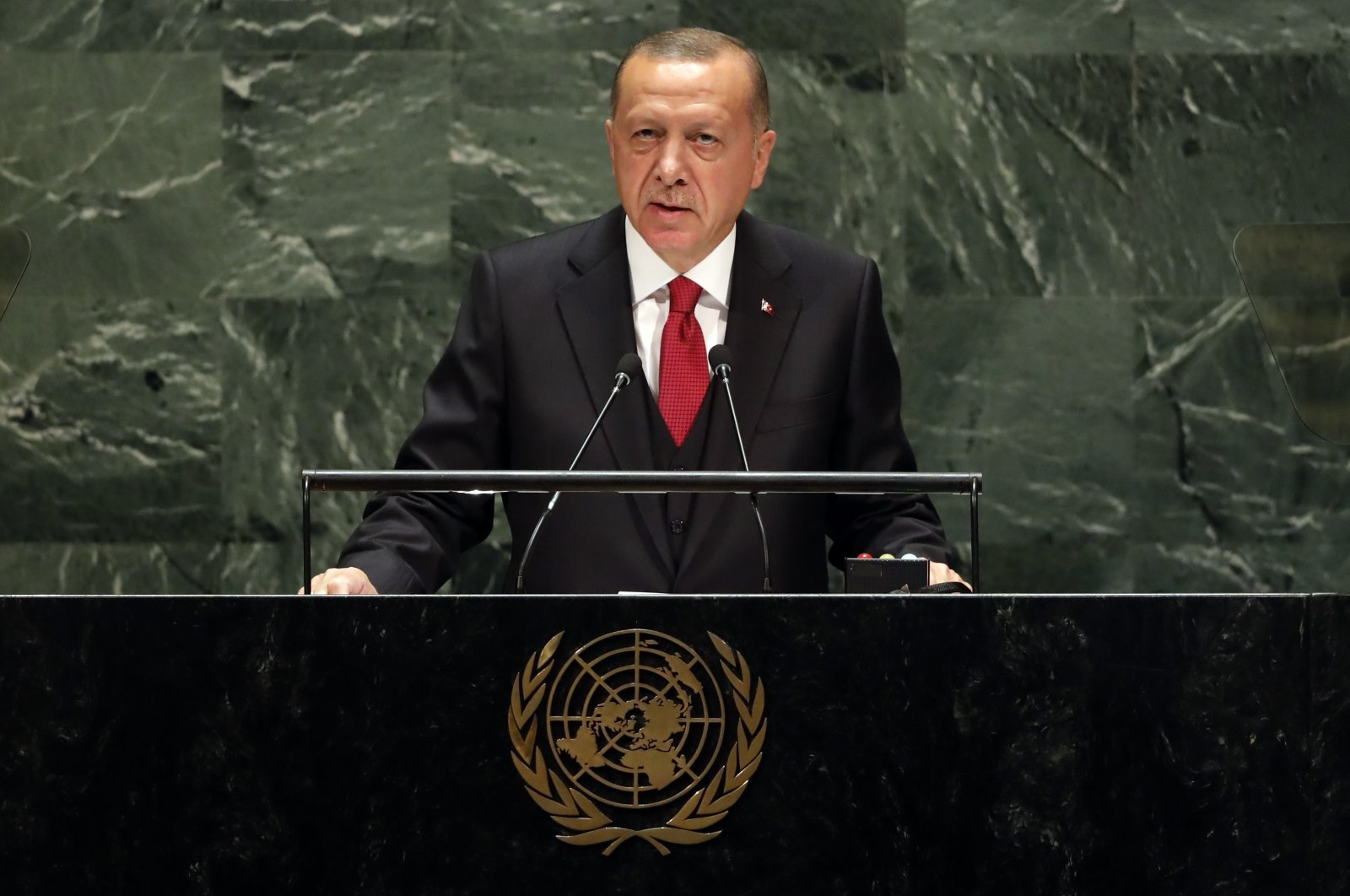 President Recep Tayyip Erdoğan is expected to highlight Turkey’s stance and determination in the Eastern Mediterranean during his General Assembly speech, as the United Nations prepares to convene in an online summit for the first time later this month.

Erdoğan will be speaking on the first day of the summit on Sept. 22, according to Türkiye daily.

He will reiterate Turkey’s determination to protect its rights and interests in the Eastern Mediterranean, and touch upon Greece’s provocative actions in the region, as he will highlight Athens’ violations of international law and U.N. resolutions while noting that Turkey is in favor of dialogue to resolve the matter.

The president will also touch upon developments with its southeastern neighbor Syria, where Turkey carried out a series of successful operations that cleared terrorists from the area and facilitated the safe return of civilians to their homes.

On Libya, Erdoğan will highlight that Turkey is in favor of the country’s territorial integrity and supporting the U.N.-recognized Government of National Accord (GNA) against putschist Gen. Khalifa Haftar’s militias.

Erdoğan is also expected to bring up Israeli violations in the West Bank and Gaza and the status of Jerusalem, as well as growing xenophobia and Islamophobia in the West.

The Turkish president’s previous speeches at the U.N. drew worldwide attention as he highlighted global oppression and injustice while calling for structural reform of the U.N. Security Council (UNSC).

Erdoğan's “World is bigger than five” remarks were supported by some U.N. member-states, who agreed that major decisions should not be left to the mercy of only five nations, but rather, countries should alternate and the number sitting at the Security Council should be increased to around 20.

In June, former Turkish diplomat Volkan Bozkır was elected as the president of the United Nations General Assembly, and he is expected to officially take the seat on Sept. 15.