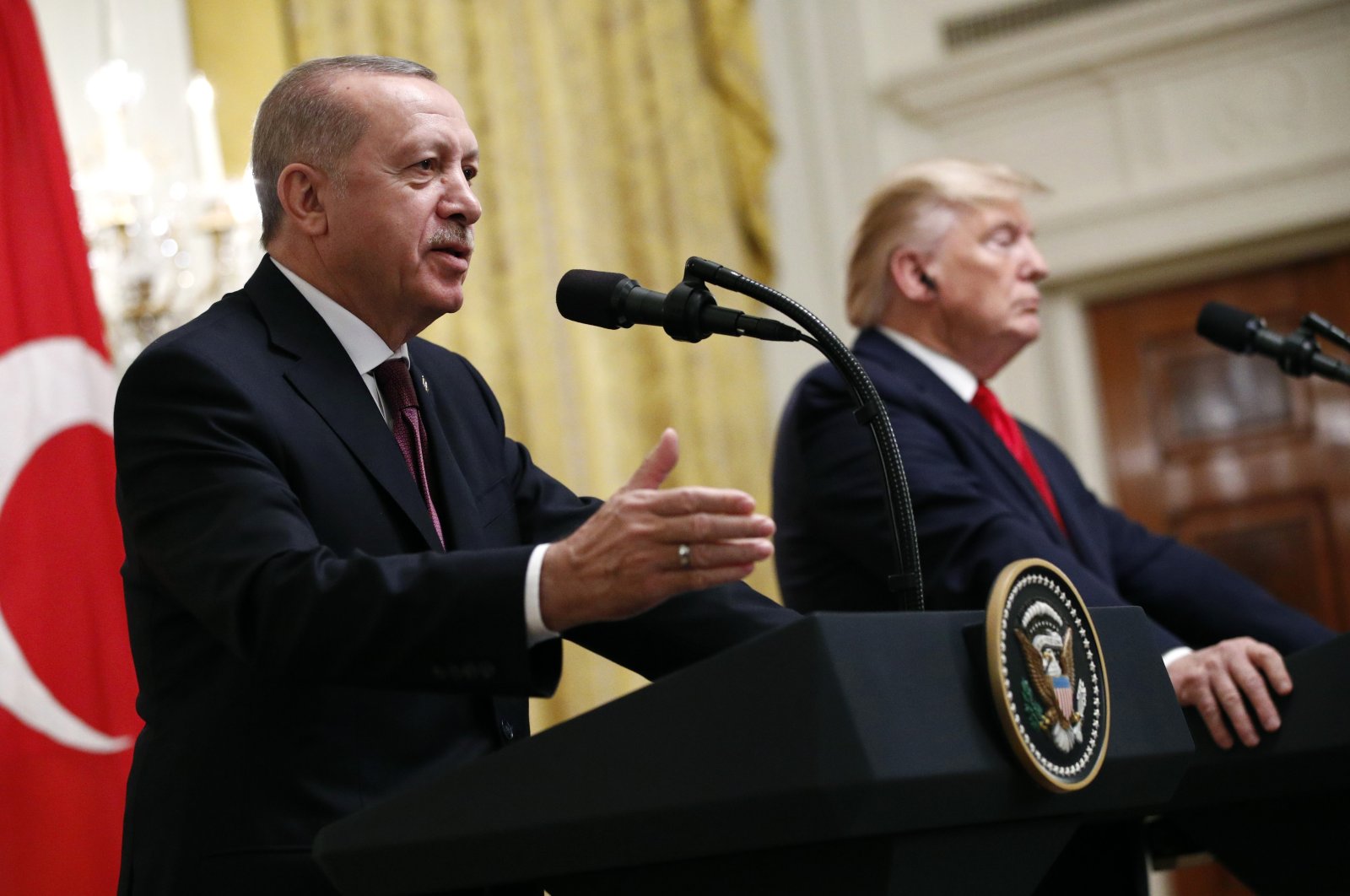 President Recep Tayyip Erdoğan and his U.S. counterpart Donald Trump held a phone call Monday focusing on bilateral relations, regional issues and the situation in Libya, according to Turkey's Communications Directorate.
During the call, Erdoğan told Trump about his concerns that those behind the recent violence and looting during protests in the U.S. are working with the YPG/PKK, a terrorist group operating in northern Syria, said a statement by the directorate.
In its more than 30-year terror campaign against Turkey, the PKK – listed as a terrorist organization by Turkey, the U.S. and the European Union – has been responsible for the deaths of 40,000 people, including women, children and infants. The YPG is the PKK's Syrian offshoot.
The statement also said the two leaders agreed to continue close cooperation to promote Libya's peace and stability.
Following the ouster of Moammar Gadhafi in 2011, Libya's new government was founded in 2015 under a United Nations-led political deal.
Since April 2019, Libya's government has been under attack by the forces of putschist Gen. Khalifa Haftar, with more than 1,000 killed in the violence.
Turkey has long supported Libya's government, whose army has recently made substantial gains against Haftar's forces.