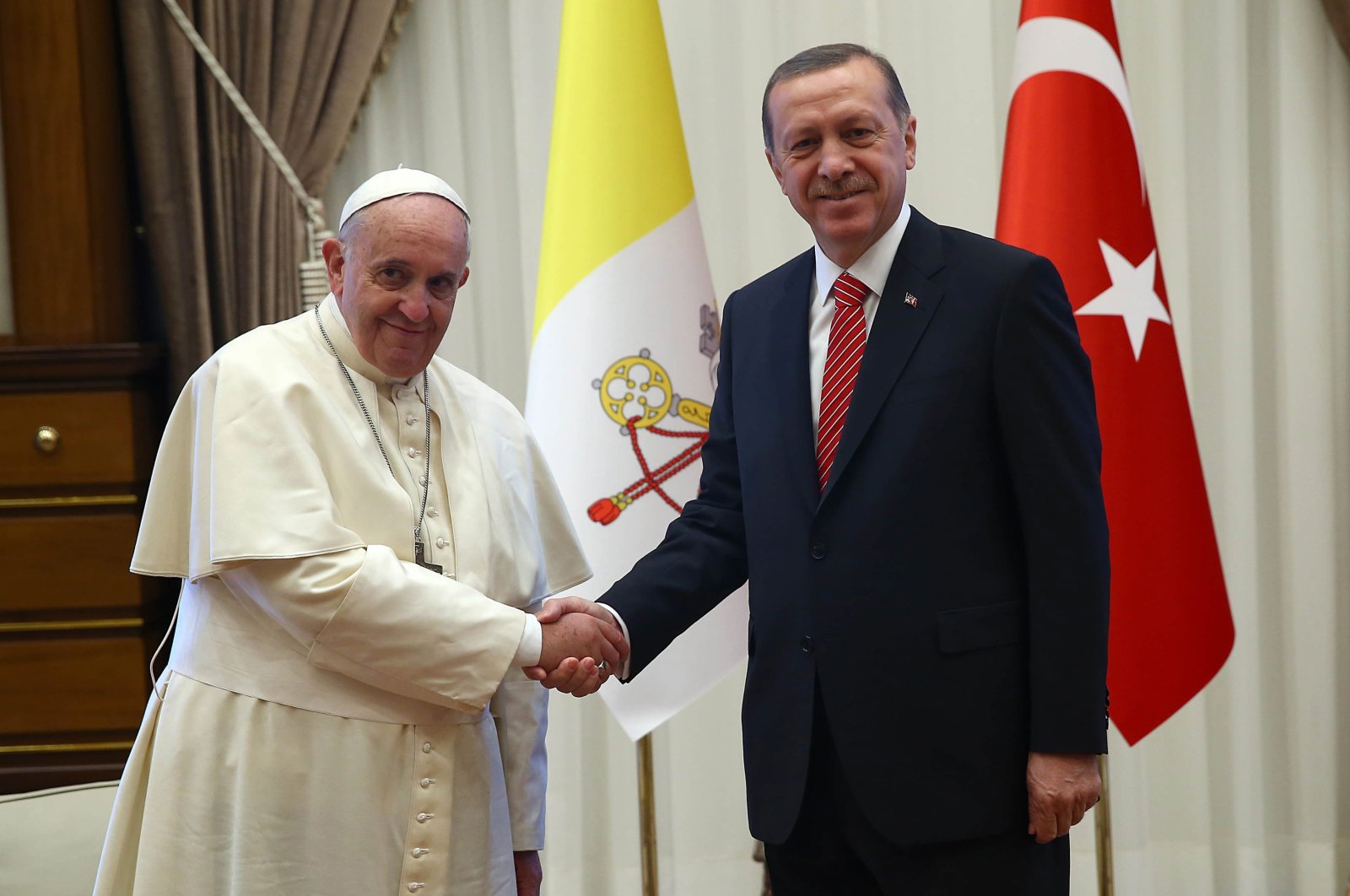 President Recep Tayyip Erdoğan sent a "get well soon" message to Pope Francis on Tuesday after his surgery for symptomatic diverticular stenosis of the colon.

"On behalf of my nation and myself, I wish you a speedy recovery during your convalescence, so that you can regain your health as soon as possible on the occasion of your surgery, which I learned was successful," Erdogan said in his message, according to a statement by the Turkish Communications Directorate.

Francis, 84, was admitted to the A. Gemelli Polyclinic, a Catholic teaching hospital in Rome, and underwent the scheduled operation, which went "well," according to a Vatican spokesperson on Sunday.

The Vatican did not provide information about the operation or how long the pope would stay at the hospital.

It was Francis' first known hospitalization since his rise to the papacy in 2013.