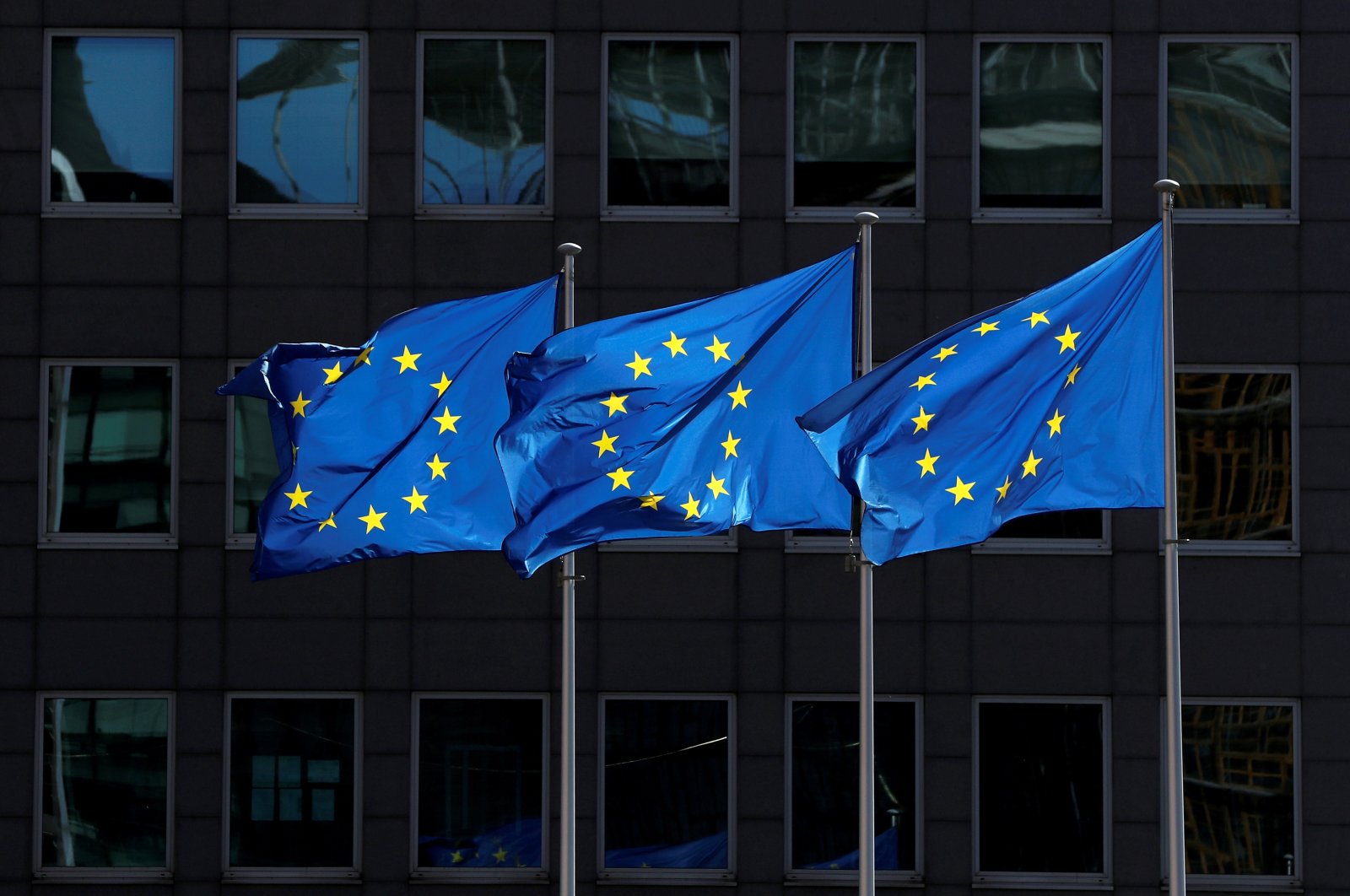 Turkey Tuesday dismissed a report by the European Commission as "biased, far from constructive," saying Ankara rejected the criticisms directed at its economy, democracy and courts, and remained committed to the EU membership process.

“In this report too, the EU criticizes Turkey with baseless arguments, while it fails to address the responsibilities and commitments that the bloc itself has failed to fulfill,” the Turkish Foreign Ministry said in a statement, criticizing the Commissions’ 2020 report on Turkey released Tuesday.

“In particular, its biased, unfair and disproportionate criticism of Turkey's foreign, security, and economic policies, as well as our governmental system, elections, fundamental rights, certain judicial and administrative decisions, as well as the legitimate measures taken against terrorism, show how the EU is far from objective," the ministry said.

Turkey is a candidate country that is engaged with the negotiation process despite being blocked "by the narrow-minded attitude displayed by certain EU parties," the statement said, stressing that the country was committed to the EU ascension process.

"It was expected that the commission would, regarding the ‘Western Balkans' and Turkey, strongly emphasize this and not discriminate against candidate countries as part of its strategy and implementation vis-a-vis enlargement," it said.

In its annual report on candidate countries' progress towards EU norms, the bloc warned that Turkey "continued to move further away" from European standards.

Despite the praise for Ankara's economic achievements, the report said that Turkey, which aims for EU membership, did not make progress in meeting European criteria on rule of law and human rights.

On Turkey's foreign policy, the report said Ankara's recent moves collided with the priorities of the 27-member bloc, particularly citing the increased tensions in the Eastern Mediterranean.

The Foreign Ministry said sections of the report on tensions in the Eastern Mediterranean had smeared the Commission's objectivity and were entirely based on Greek-Greek Cypriot claims, adding that Ankara was acting in line with democratic norms and international law.

"This situation tarnishes the commission's impartiality. We reject this biased and unlawful point of view – which contributes neither to the solution of the Cyprus problem nor to the stability of the Aegean and Eastern Mediterranean."

"Furthermore, the Athens-Greek Cypriot administration duo's taking hostage of EU-Turkey relations to that extent estranges the EU from its strategic mind and vision, while harming the bloc's interests. With no claim over the rights of anyone, Turkey will continue to protect its own rights and those of the Turkish Cypriot administration," the statement added.

Tensions have recently escalated between Turkey and Greece on energy exploration in the Eastern Mediterranean.

Greece, with France's support, has disputed Turkey's energy exploration activities, aiming to box in Turkish maritime territory based on the proximity of its smaller islands to the Turkish coast.

Turkey has sent drillships with a military escort to explore energy resources on its continental shelf, asserting that Turkey and the Turkish Republic of Northern Cyprus (TRNC) also have rights in the region.

The statement underlined that the report did not consider the threats Turkey faces from terror groups such as the YPG/PKK, as well as the Gülenist Terror Group (FETÖ) and Daesh.

"The language used in this section does not serve any other purpose than to please radicals in Europe who are against the EU and Turkey. Turkey acts in accordance with universal values, fundamental rights, security, democracy and the rule of law," the statement said.

"In addition, the fact that the EU, which claims to be a power based on common values, has not opened the 23rd Judiciary and Fundamental Rights and the 24th Justice, Freedom and Security chapters of the negotiations is a serious contrast. Turkey does not expect praise over its irregular migration management policy based on humanitarian grounds, but the sharing of the burden and the fulfillment of all commitments of Memorandum of March 18," it added.

It said the country made progress in the area of migration and asylum policy, remaining committed to the EU-Turkey migration deal of 2016 and playing "a key role in ensuring effective management of migratory flows along the Eastern Mediterranean route."

In the report, Turkey's economic situation was praised as having coped with competitive pressure and the market power within the EU, while some policies were criticized in terms of the criterion for a functioning market economy.

"Regarding the economic criteria, the Turkish economy is well advanced," read the report.

"Our country is highly integrated with the EU market in terms of both trade and investments and is directly affected by economic problems in the EU and fluctuations in global markets," the statement said.

"But Turkey is taking the necessary measures, coping to get through this difficult situation with the minimum damage, which the EU member countries are deeply affected. On the other hand, it is noteworthy that the EU stated that there was a decline in the areas related to the Customs Union, while it did not start the negotiations for its update," it added.

The EU Commission expressed concern over the performance of the economy over the relevant period.

"The government has continued to further improve the regulatory environment for businesses," the report said, but also pointed out that "the informal sector remains large."

It underlined that Turkey had increased expenditure on research and development (R&D), while also praising the progress made in the diversification of energy supplies.

"But reforms are needed to open up the natural gas market and increase competition on it," it added.

The ministry’s statement stressed that the report showed Turkey's overall harmonization level was satisfactory in 21 chapters, while it marked progress at various levels in 17 chapters over the last year.

"The level of harmonization mentioned in the report, despite the political obstacles Turkey has faced during the accession process, is a clear expression of our will to maintain harmonization in accordance with the EU acquis," the statement said.

"Our sincere desire is that the EU approaches Turkey, a candidate country, within the scope of the larger and common interests of our continent – not in the terms of the selfish and parochial interests of certain parties – as well as developing and advancing Turkey-EU relationship at all levels from a membership perspective," it added.

The Commission’s report commented regarding its ability to assume the obligations of membership that “Turkey has continued to align with the EU acquis, albeit at a very limited pace and in a fragmented manner."