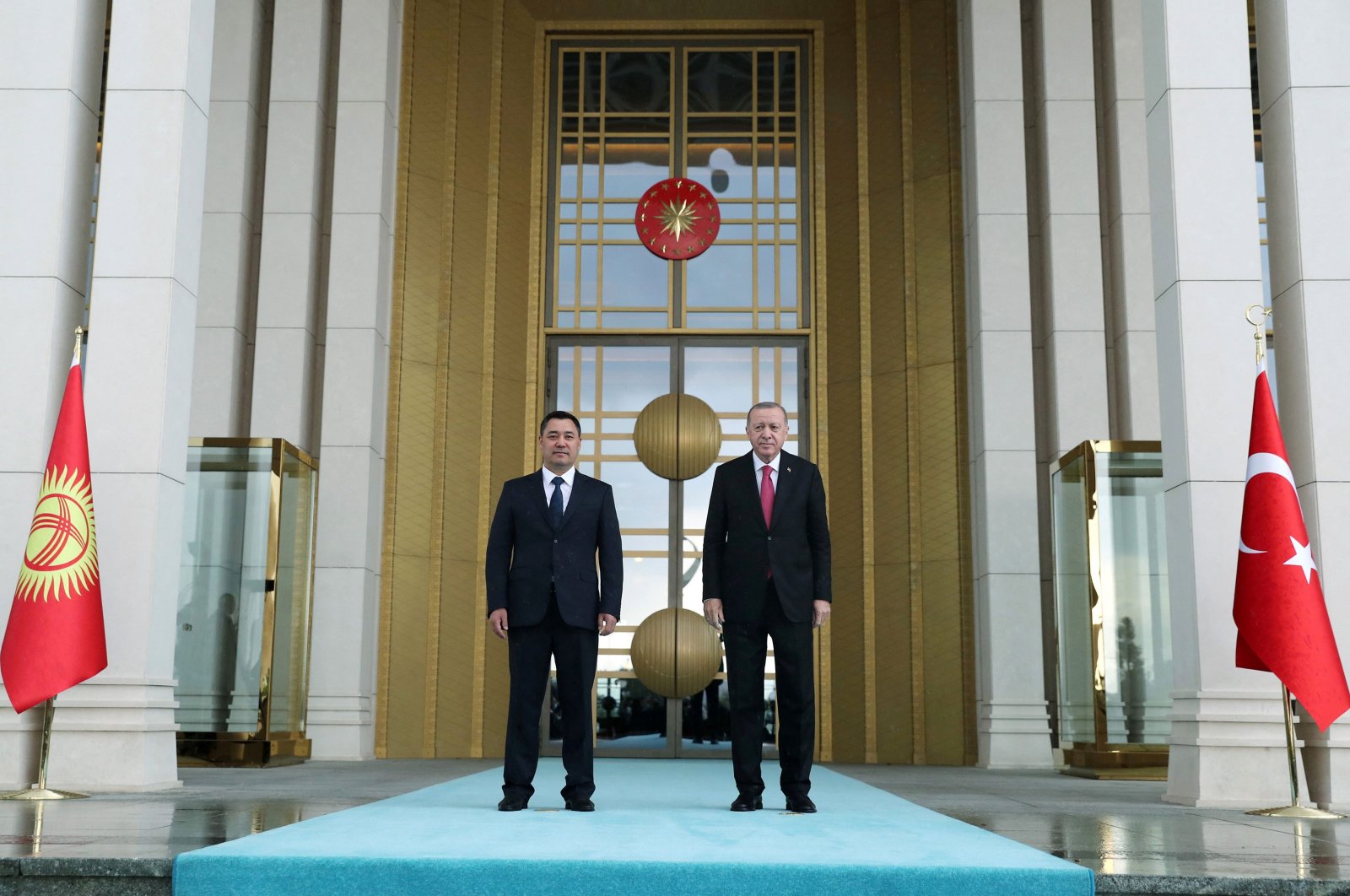 Turkey and Kyrgyzstan's fight against the Gülenist Terror Group (FETÖ) is of the utmost importance, President Recep Tayyip Erdoğan said during a news conference alongside his Kyrgyz counterpart, Sadyr Zhaparov.

"Recent events have once again revealed the bloody, dark and ugly face of FETÖ. I hope we will overcome this threat together by standing shoulder to shoulder," Erdoğan said following a meeting with Zhaparov.

During the meeting, the two discussed the fight against terror organizations, including FETÖ, and regional cooperation, Erdoğan said.

"We agree that FETÖ poses a national security threat to both countries,” noted Erdoğan

He vowed to boost bilateral trade between Turkey and Kyrgyzstan "to reach a $1 billion (TL 8.59 billion) trade target.”

Erdoğan also outlined a plan to increase flights between both nations.

Zhaparov said Kyrgyzstan welcomes the increasing importance of Turkey in the international arena.

Zhaparov arrived in Turkey Wednesday for the three-day visit and was welcomed by Erdoğan with an official ceremony at the Presidential Complex. The two participated in the 5th meeting of the Kyrgyzstan and Turkey Strategic Cooperation High Council.

Zhaparov was accompanied by a high-profile delegation of Kyrgyz ministers.

After the meetings, the two sides held a signing ceremony.

The Kyrgyz president will meet Turkish Parliament Speaker Mustafa Şentop during his visit, according to Dastan Dusekeyev, foreign policy chief for the Kyrgyzstan Presidency.

Zhaparov will also address business leaders at the Kyrgyzstan-Turkey Business Forum and meet Kyrgyzstan nationals, students and representatives of NGOs operating in Ankara.