FETÖ's presence in Africa diminishing thanks to Ankara's diplomatic efforts 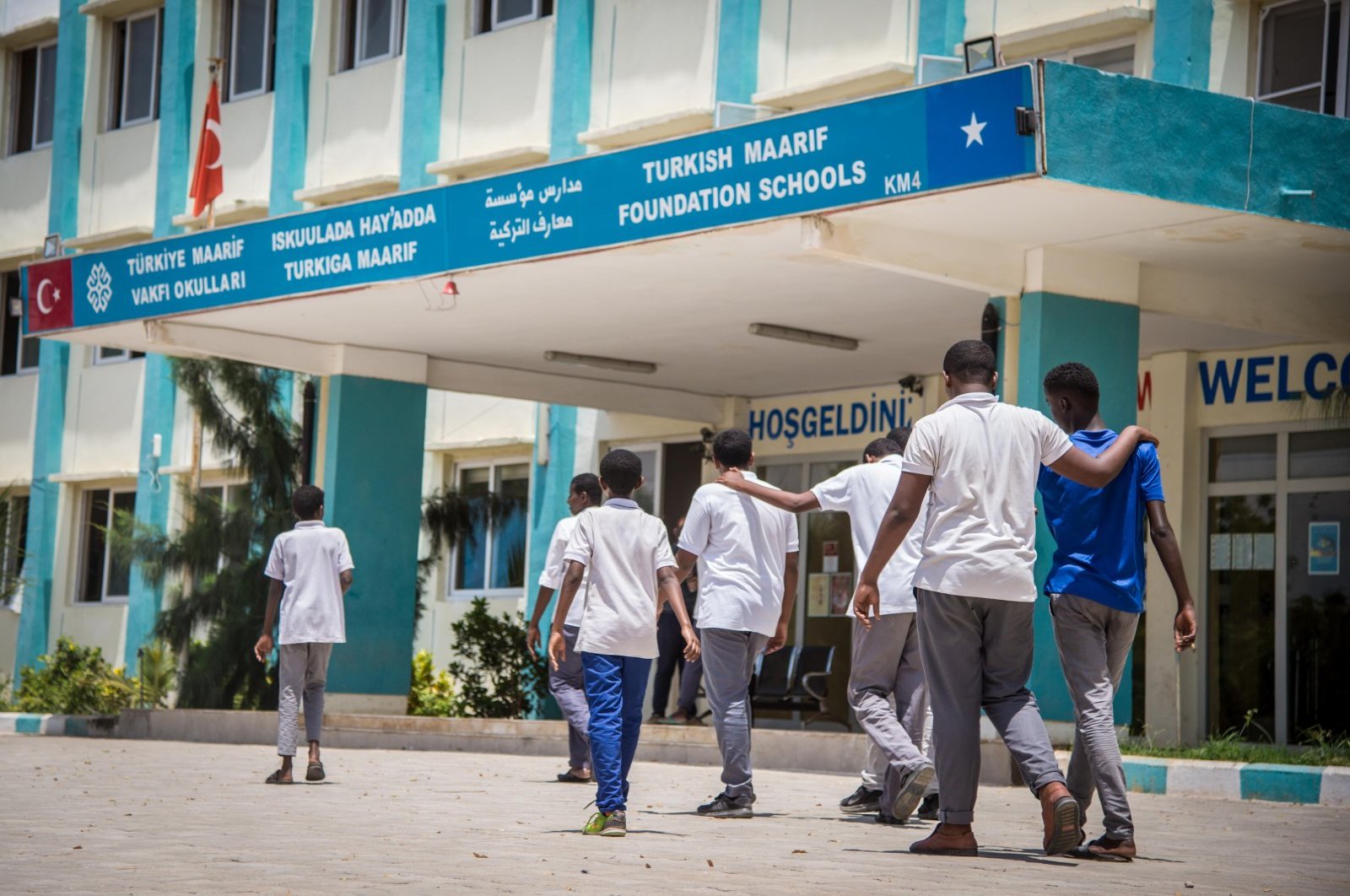 The Gülenist Terrorist Group's (FETÖ) presence in the African continent is diminishing thanks to the yearslong diplomatic efforts of Turkey, although it is too soon to declare that the threat of the terrorist group has been completely eliminated.

Turkey is continuing private discussions with Ugandan authorities to remove members of FETÖ, which was behind the defeated coup attempt in Turkey four years ago, from the East African nation, a top diplomat said Wednesday.

"Our discussions to eradicate the FETÖ threat are at an advanced stage," Turkey's Ambassador to Uganda Kerem Alp said in a virtual interview with Anadolu Agency (AA) from the capital Kampala, but declined to give further details.

On Wednesday the Turkish Embassy in Uganda commemorated the fourth anniversary of the July 15, 2016, defeated coup attempt orchestrated by FETÖ.

‘‘We commemorated the event with few people due to strict social distancing measures in place in Uganda," Alp said, adding that most of the attendees were embassy staff or representatives of Turkish groups based in Uganda.

Members of the terrorist group disguise themselves as businesspeople running schools, media outlets or charity groups across the world.

FETÖ also has a presence in Uganda, where it runs schools, which serves as cash cows for the terror group, but in other countries, Turkey has replaced the administration of such schools.

Similar talks also continue with Ethiopia, where Turkey's ambassador, Yaprak Alp, on Wednesday urged the Ethiopian government to consider the schools linked to FETÖ as "a security threat" that poses a problem in bilateral relations.

Alp's remarks came in a gathering of representatives of Turkish agencies and other guests held in the capital Addis Ababa to mark the fourth anniversary of the defeated coup attempt.

She said the gathering commemorates the unity of the Turkish nation, its democracy and its martyrs.

"On this day we ask the Ethiopian government with whom we have an excellent relation to see FETÖ as a serious security threat," she said. "The terrorist organization has schools in Ethiopia, and this is the only problem we have," she added.

FETÖ was once known for its schools, which were scattered throughout Africa and all the way to the far corners of Asia, before it launched a campaign to seize power in Turkey.

Establishing educational institutions was the first step in garnering political, economic and bureaucratic influence in countries like Ethiopia or Gabon for FETÖ, which had been struggling with arbitrary legal practices and corruption.

By promising free education for the children of the political elite, high-ranking military officials and bureaucrats, FETÖ tried to access significant and high-level positions in the countries. Through those connections, they looked to establish a network of high-profile individuals.

After ensuring influence in these countries, the second phase generally proceeds with the entry of FETÖ-affiliated businesspeople into the countries. This is what Turkish government officials that investigate the economic structure of the terrorist group have observed in their inquiries.

The Maarif Foundation is tasked with boosting Turkey's presence in the education sector abroad as well as taking over schools linked to the terrorist group. The foundation was established after the July 2016 coup attempt to take over the administration of overseas schools linked to FETÖ. It also establishes schools and education centers abroad.

Still, despite the efforts of Turkey and the Maarif Foundation, while steps have been taken, the FETÖ threat is far from disappearing in some African countries.

South Africa is still "not free" of the threat of FETÖ, Turkish Ambassador Elif Çomoğlu Ülgen warned Wednesday at an event marking the anniversary of the failed coup in the administrative capital Pretoria.

Ülgen said FETÖ continues to pose a threat not only to Turkey but to all countries that allow its operations, as members of the terror group "continue to disguise themselves in various forms."

"Unfortunately, South Africa is not free of FETÖ activities, and it is further disturbing that they continue to present themselves as political opposition to Turkey, although they are not," said Ülgen.

"They don't act as a political opposition, rather they are criminals," she said.

Ülgen said FETÖ leaders broke the law in their own country and continue to do so by defaming the Turkish government.

She inaugurated a memorial garden at the embassy to honor the Turkish citizens who foiled the coup attempt.

"Every time we enter our embassy premises, we will have the opportunity and duty to remind ourselves of all fallen soldiers and civilians, men and women, who served their country at their best," she said.

"This memorial garden will be representative of our values and also the cost that we have paid for our country, land and our flag to fly high," she added.

The guests, including the ambassador of Azerbaijan and representatives of several Turkish organizations, also planted lemon tree saplings that were grown in Turkey and brought to South Africa for the embassy's memorial garden.