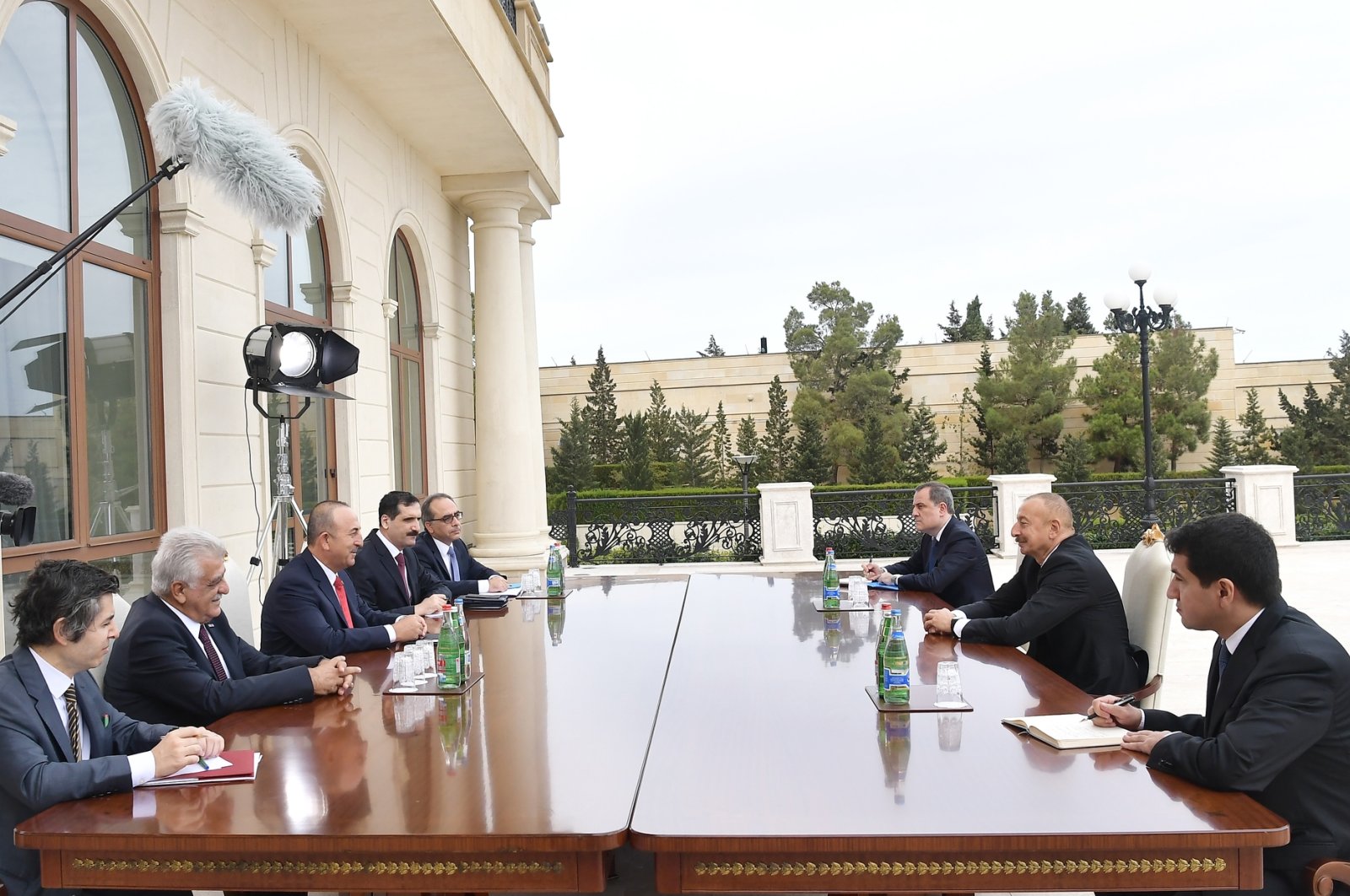 Syrians will return after safe zones are established, official says

Çavuşoğlu went to Baku to pay an official visit to Azerbaijan, a statement by the ministry said.

“During the visit, Minister Çavuşoğlu will be received by H.E. President Ilham Aliyev and will exchange views on the present situation in Armenian-occupied Nagorno-Karabakh region of Azerbaijan as well as on other current regional and international developments with his counterpart H.E. Minister Ceyhun Bayramov,” the statement read.

Following the meeting, Çavuşoğlu gave a news conference and highlighted Turkey's support to Azerbaijan in its fight against Armenia.

"The international community treats the occupier, Armenia, and the victim, Azerbaijan, the same. This approach does not lead to a solution to the conflict. It can no longer go on like this," he continued.

Çavuşoğlu expressed that Turkey will continue its fight to show the world the truth and enable the international community to support the right causes, like the cause of Azerbaijan.

Armenia's attacks on civilian settlements in Azerbaijan are not only a "crime against humanity" but also "a sign of the desperation" that the country fell into, he also said.

Separately, Azerbaijan's Foreign Minister Bayramov also criticized Armenia, saying it has "a terrorist mentality" with no scruples over achieving its goals.

Syrians will return after safe zones are established, official says