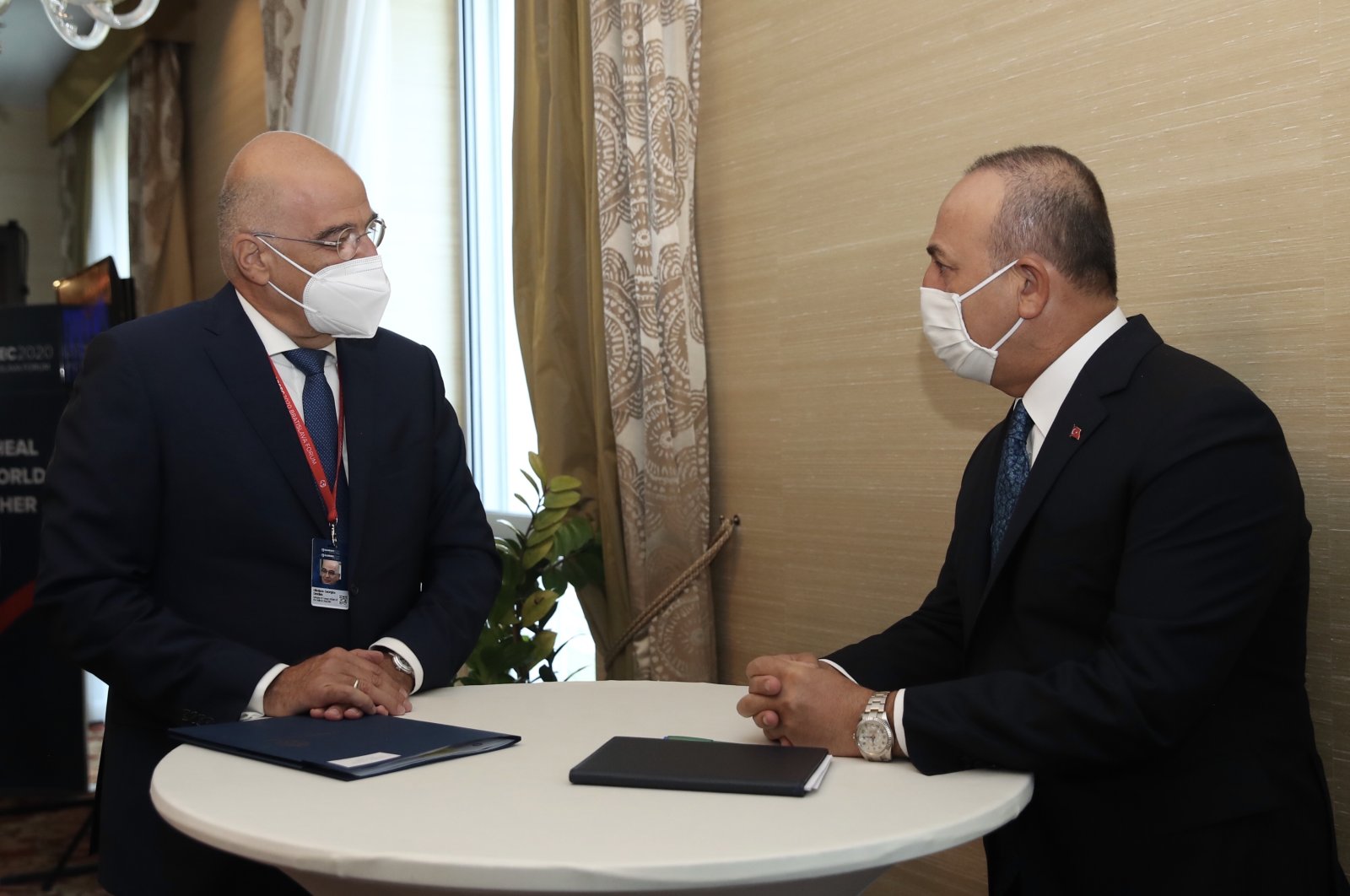 The foreign ministers of Turkey and Greece met on the sidelines of the Global Security Forum to discuss bilateral and regional issues, including the maritime disputes in the Eastern Mediterranean.

It marks the first time Çavuşoğlu and Dendias have met since the dispute between the two NATO members over energy exploration and maritime jurisdiction in the region began.

Speaking to the press after the meeting, Çavuşoğlu said that they have agreed on the continuation of exploratory talks and confidence-building measures regarding the Eastern Mediterranean and Aegean tensions.

He also said that Turkey would host the first round of exploratory talks once they resume, but that the two NATO members were working on setting a date.

Earlier this week, NATO Secretary-General Jens Stoltenberg visited Turkey and then Greece to resolve the tensions.

The visits came after Turkey and Greece reached a "common understanding on the general principles" on the Eastern Mediterranean in meetings at NATO headquarters in Brussels last week.

Earlier in the day, Çavuşoğlu also met German counterpart Heiko Maas on the sidelines of the forum in Bratislava.

The two top diplomats discussed bilateral relations as well as regional developments including the Eastern Mediterranean, the Libyan civil war and Armenia’s aggression against Azerbaijan. Following the meeting, Çavuşoğlu wrote on Twitter: “Will not allow Turkey-EU relations to be taken hostage by Greece and Greek Cypriots with their maximalist approaches."

Tensions have recently escalated between Turkey and Greece on energy exploration in the Eastern Mediterranean.

Greece, with France's support, has disputed Turkey's energy exploration activities, aiming to box in Turkish maritime territory based on the proximity of its smaller islands to the Turkish coast.

Turkey has sent drillships with a military escort to explore energy resources on its continental shelf, asserting that Turkey and the Turkish Republic of Northern Cyprus (TRNC) also have rights in the region.

EU countries have been trying to mediate between Turkey and Greece over their conflicting demands.