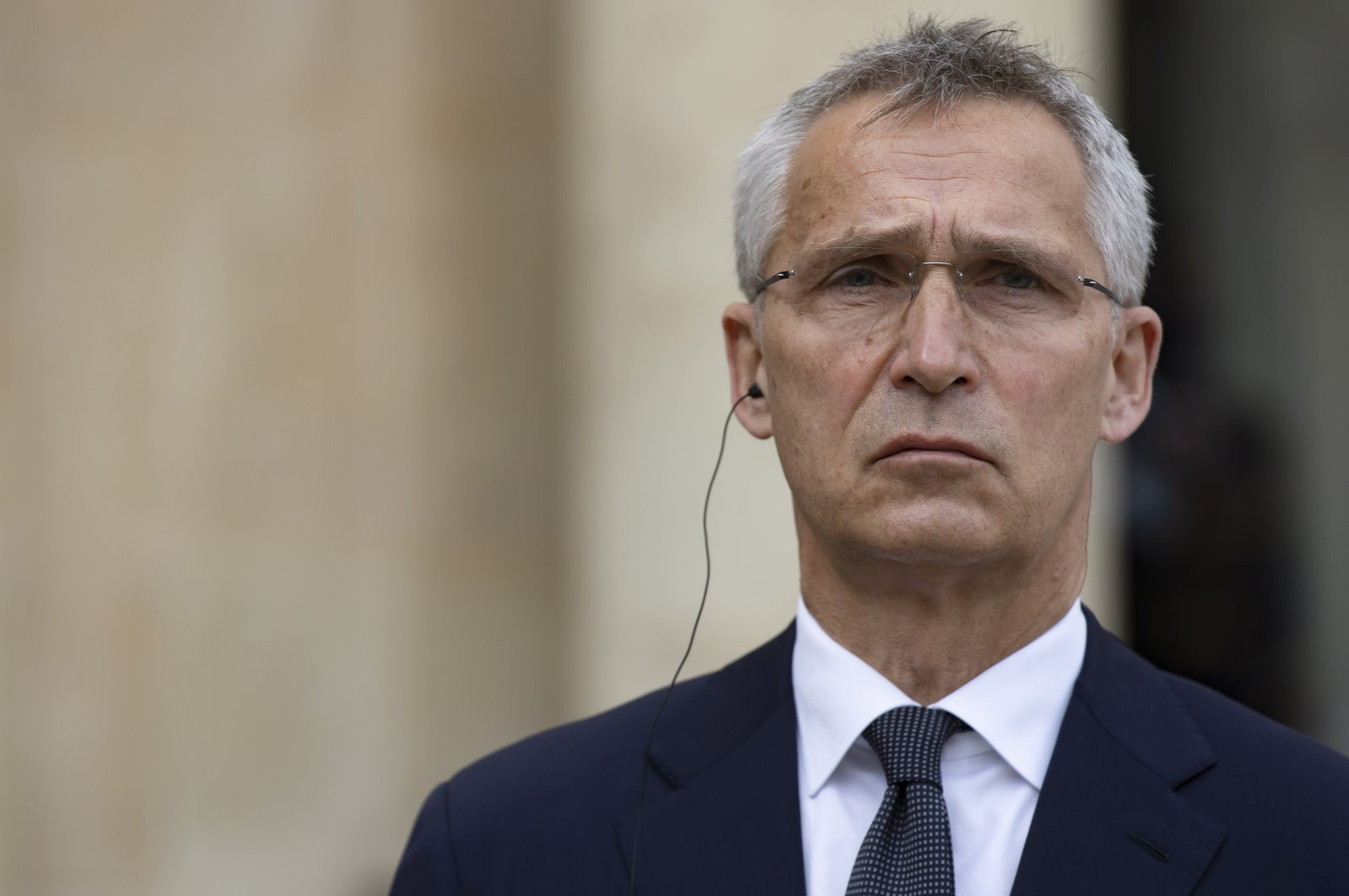 NATO Secretary-General Jens Stoltenberg looks on during a joint statement with French President Emmanuel Macron after their meeting at the Elysee Palace, Paris, France, 21 May 2021. (EPA Photo)
by DAILY SABAH May 21, 2021 4:13 pm

Turkish Foreign Minister Mevlüt Çavuşoğlu and NATO Secretary-General Jens Stoltenberg Friday discussed preparations for the upcoming June 14 NATO summit, the 2030 document that will play a role in determining the alliance's course for the next decade, as well as developments in Afghanistan.

Most recently, United States Central Command (CENTCOM) last week stated that the effort to withdraw all U.S. forces from Afghanistan by September is up to 20% complete.

President Joe Biden set a Sept. 11 deadline for all U.S. forces to be withdrawn from Afghanistan, bringing a close to a 20-year war that has cost Washington roughly $2.2 trillion and resulted in about 2,400 military deaths, according to the Costs of War Project at Brown University.