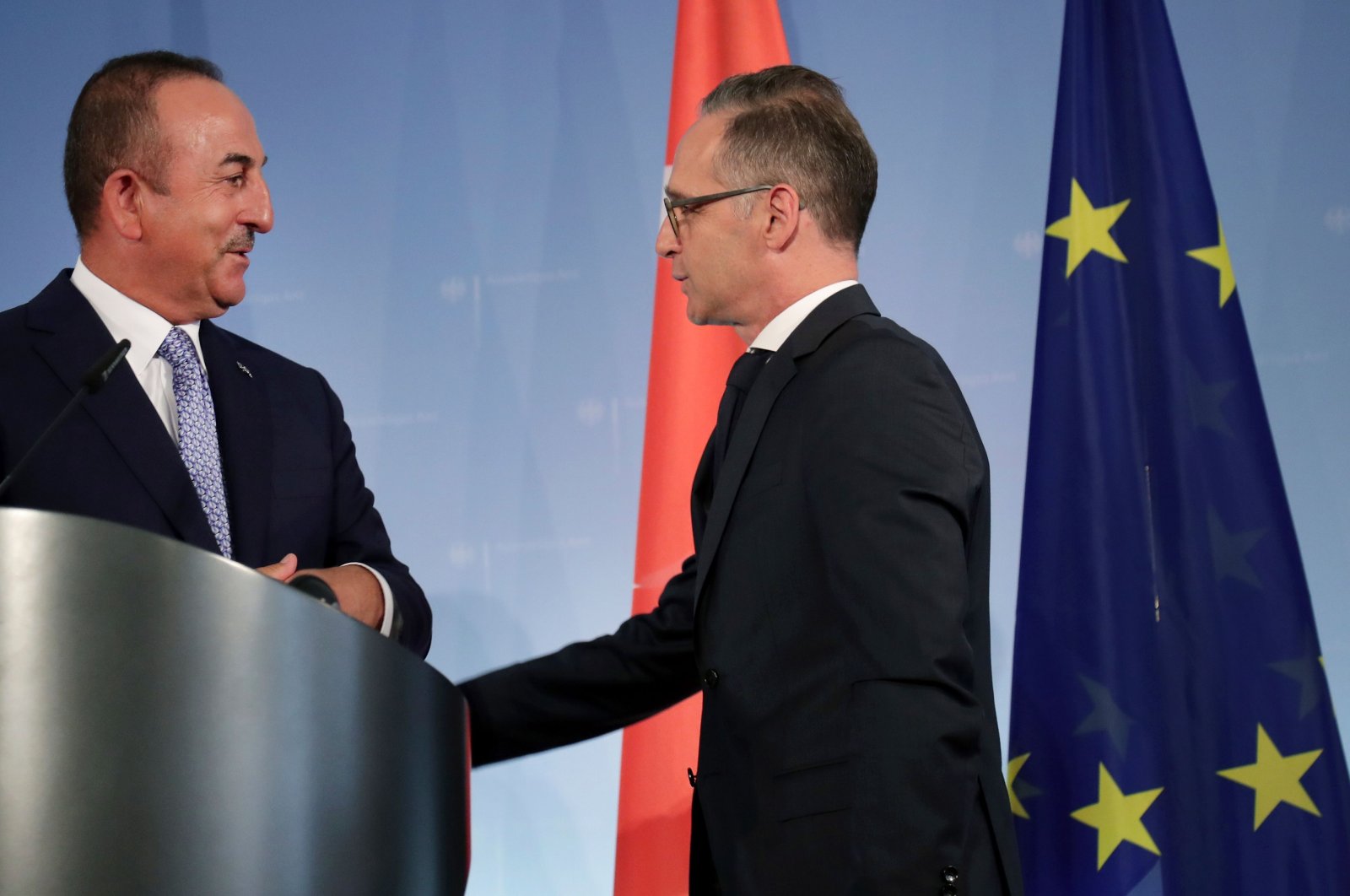 Turkey's foreign minister Mevlüt Çavuşoğlu said on Thursday that France should apologize for making "false claims" about a naval incident in the Mediterranean that has added to growing tensions between the NATO allies.

"When France makes false claims and works against Turkey, that should not be accepted," Çavuşoğlu told reporters during his visit to Berlin.

"We expect France to apologize unconditionally," he said, after Paris last month denounced an "extremely aggressive" intervention by Turkish ships against a French navy vessel participating in a NATO Mediterranean maritime security operation.

Relations between the NATO members have soured over the Libya conflict. France accused Turkish warships of aggressive behavior after its warship tried to inspect a vessel in June that it suspected was violating a U.N. arms embargo on Libya.

France says its frigate Courbet was “lit up” three times by Turkish naval targeting radar on June 10 when it tried to approach a Tanzanian-flagged civilian ship suspected of involvement in arms trafficking. The ship was being escorted by three Turkish warships. The Courbet backed off after the confrontation.

At the time, the French frigate was part of the Sea Guardian mission, which is helping to provide maritime security in the Mediterranean. France said it was acting based on NATO information and that under the alliance’s rules of engagement such conduct is considered a hostile act. Turkey has denied harassing the Courbet.

“France has not told the truth to the EU or to NATO,” Çavuşoğlu said.

“The claims that our vessels locked onto (French vessels) are not true,” Çavuşoğlu added. “We have proven this with reports and documents and gave them to NATO. NATO saw the truth.”

NATO has confirmed only that investigators have submitted their report into the incident but said it was “classified” and declined to say what conclusions, if any, had been drawn.

“Instead of engaging in anti-Turkish activities and such leanings, France needs to make a sincere confession,” Çavuşoğlu said. “Our expectation from France at the moment is for it to apologize in a clear fashion, without ifs or buts, for not providing the correct information.”

The French government sent a letter Tuesday to NATO saying it is halting its participation in Sea Guardian “temporarily.”

Çavuşoğlu also reiterated Turkey's support to the U.N.-recognized legitimate Government of National Accord (GNA) and added that Ankara is ready to work with international actors, including France, for a political solution in Libya.

"We want a permanent truce and political solution in Libya. We say that the only solution is a political solution. Until today we have seen a (putschist Gen. Khalifa) Haftar who has not supported cease-fire initiatives despite our efforts," he said, adding that Turkey will continue its efforts for rival sides to sit for peace talks.