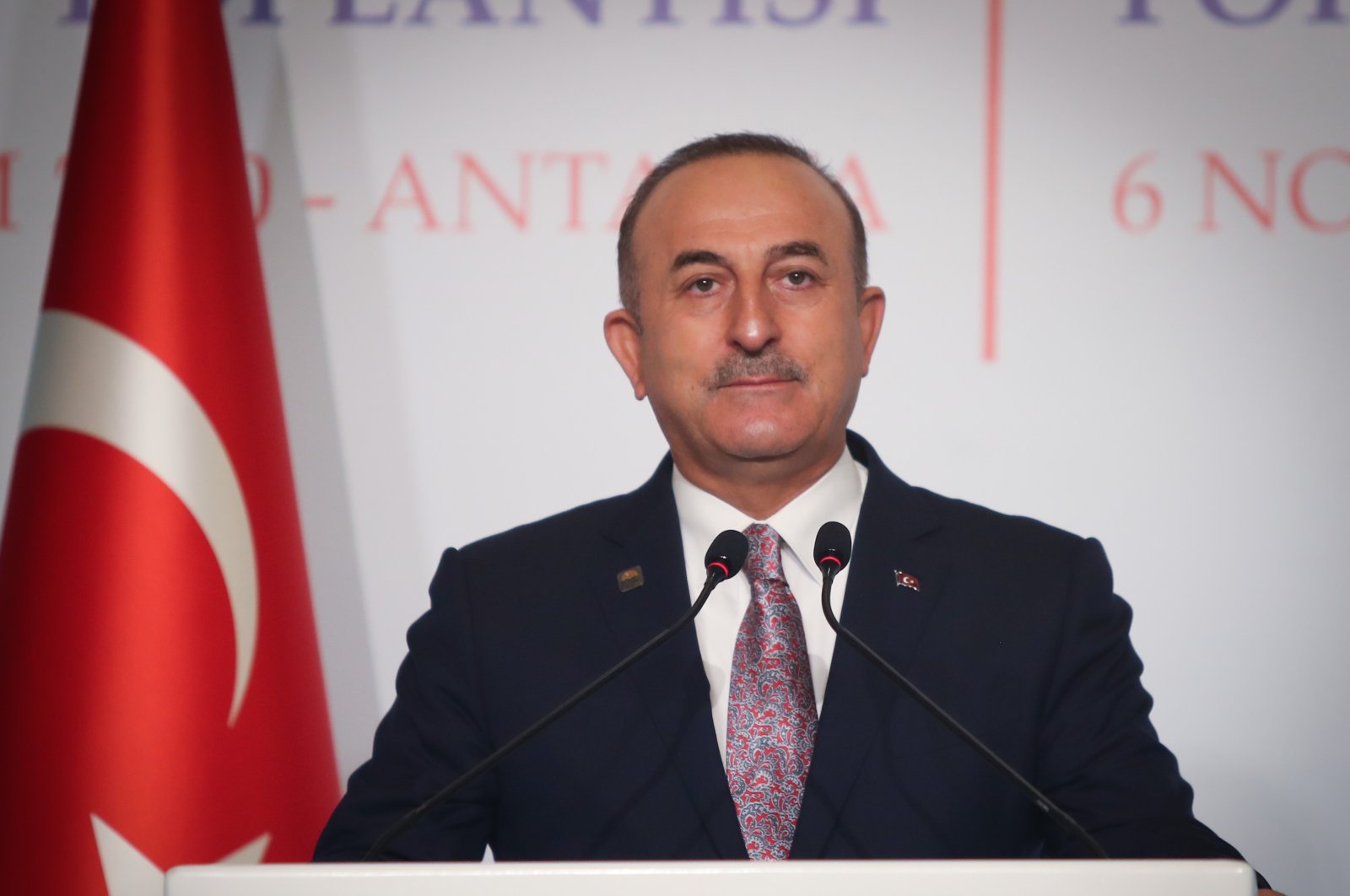 Speaking at the opening of the informal meeting of the South-East European Cooperation Process (SEECP) in Turkey's Mediterranean province of Antalya, Çavuşoğlu evaluated the current situation in the U.S. in reference to the presidential elections.

The foreign minister said the recent divisions within U.S. society caused massive protests over the past months and that the situation is concerning for Turkey.

"We would not want for any country or society to be divided this much. However, since this is their internal matter, I cannot say more on this issue," he said, adding that they wish a fair, transparent and democratic vote count period for the U.S.

Heading into the Nov. 3 elections, the U.S. had seen months of protests following the death in May of George Floyd, an African American man who died after a Minneapolis police officer knelt on his neck for nearly nine minutes. The protests again picked up momentum following the police shooting later in the year of an African American named Jacob Blake in Kenosha, Wisconsin, and more recently of 27-year-old Walter Wallace Jr. who was gunned down by two officers in Philadelphia.

"Both parties express objections (to the vote counts). We will see together how the election concludes. In the end, we, just like everyone including the U.S. politicians, have to respect the decision of the American society," he said.

U.S. Democrat Joe Biden was pushing closer to the 270 Electoral College votes needed to carry the White House, securing victories in the key battleground states of Wisconsin and Michigan, while U.S. President Donald Trump has launched legal challenges in several states and demanded a recount in Wisconsin. In the meantime, violent protests and clashes erupted across the United States, showing deep polarization and chaos in the country as dozens of angry supporters of Trump converged on vote-counting centers in Detroit and Phoenix, while thousands of anti-Trump protesters demanding a complete tally of the ballots in the still-undecided election took to the streets in many cities.

Recalling the long history of bilateral relations, Çavuşoğlu said that Turkey has worked with many different U.S. governments, both Democratic and Republican.

"As Turkey, no matter who wins, we will approach the U.S. government in the same manner, as we approach any other state," he emphasized.