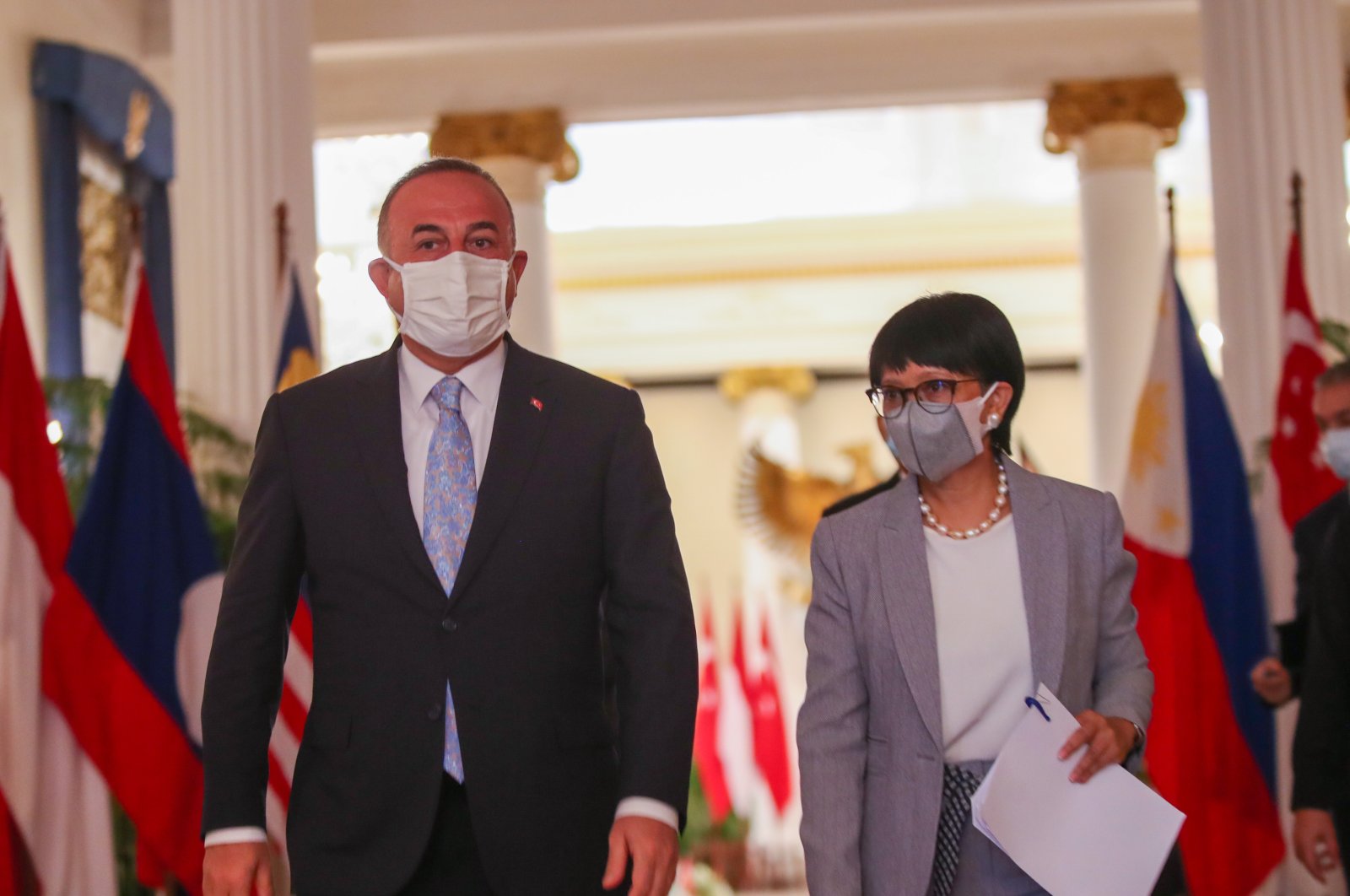 Turkey and Indonesia should work together to support the Muslim community against Islamophobia and discrimination, Foreign Minister Mevlüt Çavuşoğlu said Tuesday.

"We should support the (Muslim) community by working together with Indonesia and fight against these," Çavuşoğlu told a news conference alongside Indonesian counterpart Retno Parsudi in Jakarta.

Çavuşoğlu highlighted the increase in Islamaphobic threats and discrimination Muslims around the world face, saying the two countries should stand together and protect their values.

"As two important Muslim countries we must protect the mutual aims and interests of our countries and the (Muslim) community," he said.

He noted that 2020 was the 70th year of the establishment of diplomatic ties between Ankara and Jakarta, adding that during Turkish President Recep Tayyip Erdoğan's planned visit to Indonesia next year a High-Level Strategic Cooperation Council would be established between the two countries.

Çavuşoğlu said the countries had also agreed to increase their bilateral trade volume to $10 billion (TL 76.72 billion) from the current $1.5 billion, as well as to boost investments in both nations.

Çavuşoğlu and Parsudi also inked a memorandum of understanding (MoU) on diplomatic cooperation, as well as diplomat exchanges and training.