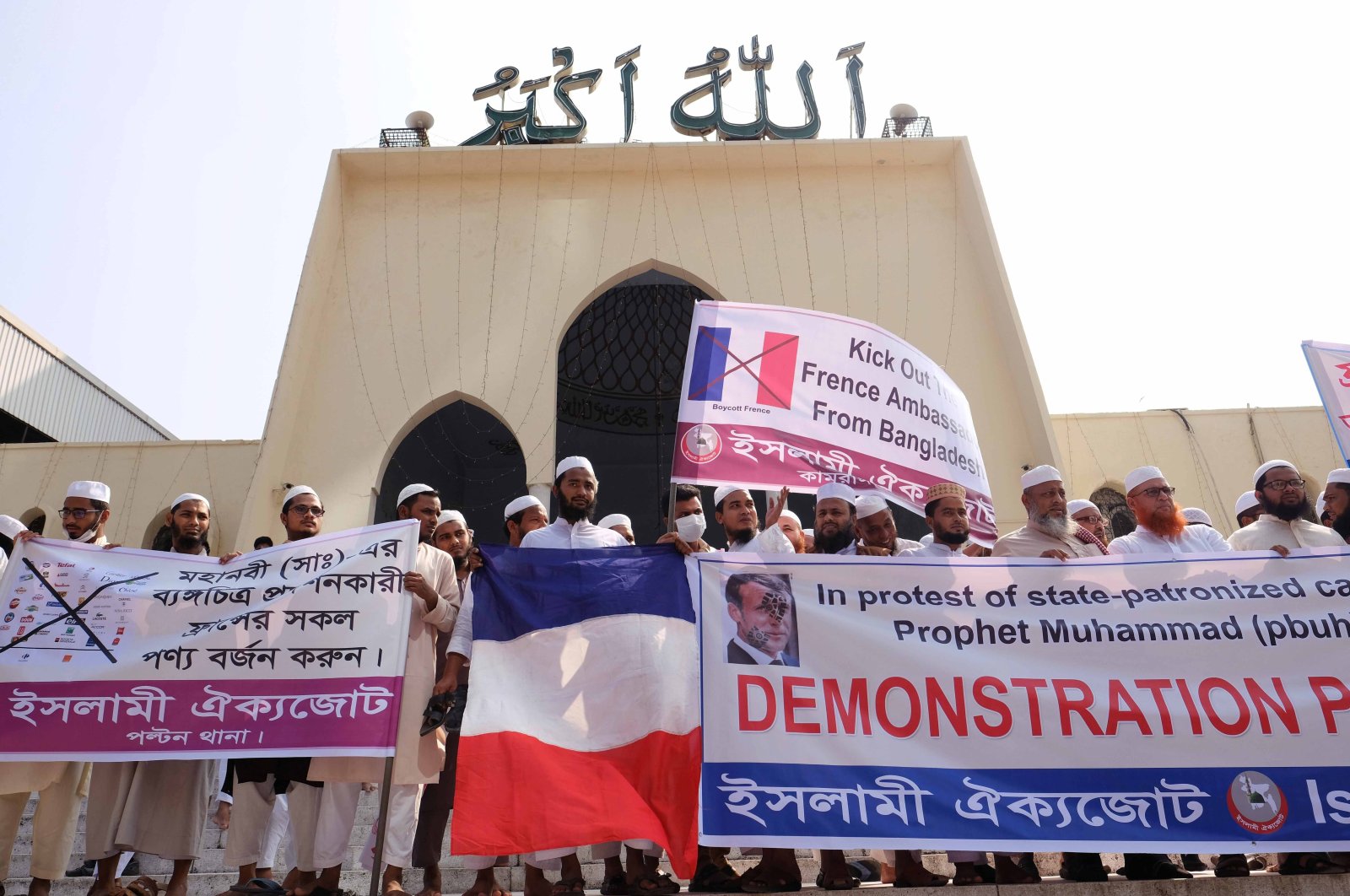 Muslim people protest against the publishing of caricatures of the Prophet Muhammad they deem blasphemous, in Dhaka, Bangladesh, Oct. 28, 2020. (AP Photo)
by DAILY SABAH
Oct 28, 2020 5:29 pm

The founder of one of the largest Muslim charity foundations in France, BarakaCity, on Wednesday said he and his team wish to seek asylum in Turkey to continue their humanitarian work.

Releasing a series of tweets in Turkish, Idriss Sihamedi said the French Republic had decided to dissolve the largest French Muslim charity, which helps nearly 2 million people in 26 countries.

Mentioning President Recep Tayyip Erdoğan, he requested asylum in Turkey for himself and his foundation.

Many nongovernmental organizations (NGOs) and mosques have been shut down in the last two weeks, following the beheading of teacher Samuel Paty, which prosecutors say was carried out by an 18-year-old Chechen who had contact with a terrorist in Syria.