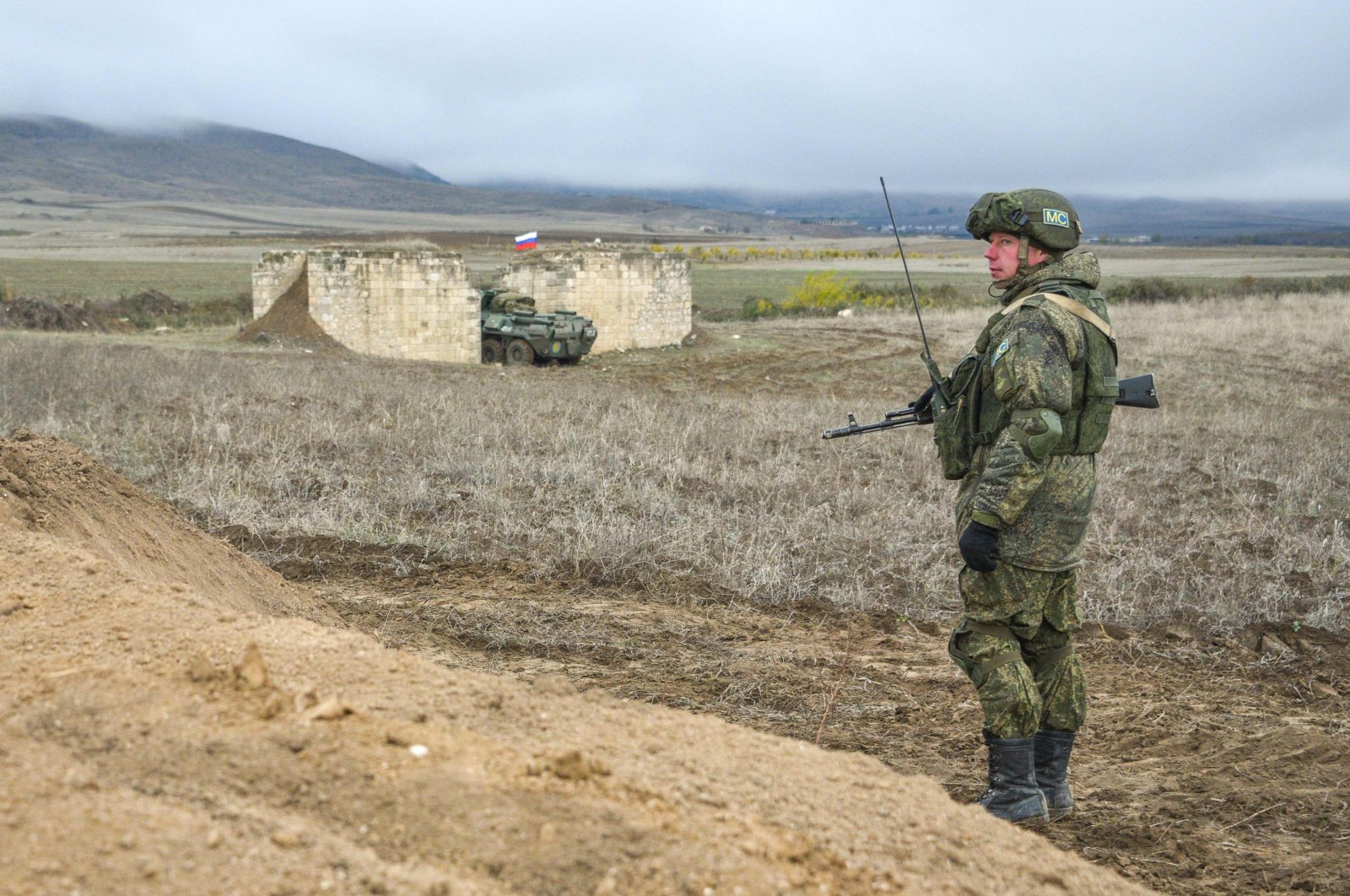 France wants international supervision to implement a cease-fire in the Nagorno-Karabakh conflict amid concerns in Paris that Russia and Turkey could strike a deal to cut out Western powers from future peace talks, the French presidency said Thursday.

Moscow co-chairs the Minsk Group, which was set up in 1992 by the Organisation for Security and Co-operation in Europe (OSCE), that is overseeing the Nagorno-Karabakh dispute with Washington and Paris, but they were not involved in the deal signed by Russia, Armenia and Azerbaijan to end six weeks of fighting over the enclave.

Since the cease-fire, Russia has held talks with Turkey, a key Azerbaijani ally and a harsh critic of the Minsk Group’s inefficiency, which could lead to Ankara deploying troops to the region.

"The end of the fighting should now allow the resumption of good faith negotiations in order to protect the population of Nagorno-Karabakh and ensure the return of tens of thousands of people who have fled their homes in recent weeks in good security conditions," French President Emmanuel Macron's office said after calls with Azerbaijan's president and Armenia's prime minister.

France's population includes between 400,000 to 600,000 people of Armenian origin. Macron has been careful not to back a side in the conflict but has faced criticism at home that he did not do enough to help Yerevan.

"We want the Minsk Group to play its role in defining the surveillance (of the cease-fire)," a French presidential official told reporters as quoted by Reuters.

The Russian peacekeeping force of some 2,000 troops has been deployed to the administrative center of the region, Stepanakert (Khankendi), and set up checkpoints and observation posts along the strategic Lachin corridor connecting Nagorno-Karabakh with Armenia.

Russia's decisive role in the settlement has sidelined international players the United States and France, which brokered a cease-fire in the 1990s but failed to deliver a long-term resolution.

During the most recent conflict, France, the United States and Russia attempted to broker three separate cease-fires that collapsed as Armenia and Azerbaijan accused the other of violations.

Macron this week urged Russia to clarify "ambiguities" over the Moscow-brokered cease-fire, including Turkey's role in the peacekeeping mission. Azerbaijan has insisted on a prominent role for its staunch ally Turkey.

The Turkish Parliament on Tuesday overwhelmingly approved the deployment of Turkish troops to Azerbaijan for a peacekeeping mission to monitor the cease-fire deal that aims to end the conflict in the Nagorno-Karabakh region.

The mandate will allow Turkish troops to be stationed at a peacekeeping center for one year as part of an accord between Ankara and Moscow to monitor the implementation of the cease-fire, which locked in territorial gains by Azerbaijan.

The source also said Paris was pushing for "international supervision" of the cease-fire to allow the return of refugees, organize the return of foreign fighters, and to start talks on the status of Nagorno-Karabakh.

Relations between France and Turkey have been particularly bad for several months, due to disagreements over several issues including the Eastern Mediterranean and Libya.

"We understand that the Russians are talking to the Turks regarding a possible formula, which we don't want, that would replicate the Astana (process) to divide their roles in this sensitive region," the official also said.

"We can't have on one side Minsk and the other Astana. At one point the Russians have to make a choice."

The Astana forum enabled Russia and Turkey to discuss between themselves how to handle the Syrian conflict and brush aside Western powers.

As part of the diplomatic contacts over the Nagorno-Karabakh conflict, Iranian Foreign Minister Javad Zarif will be touring Russia and Azerbaijan next week to discuss the situation in the region.

In a statement on Thursday, Foreign Ministry spokesperson Saeed Khatibzadeh said Zarif's visit to Moscow and Baku on Monday and Tuesday is aimed at "talking to the regional parties."

He said the issues on the agenda would be Nagorno-Karabakh, the latest developments in the region, as well as bilateral issues.

The visit comes days after a peace deal was struck, ending weeks of fighting over Karabakh.

Fierce clashes between Azerbaijan's forces and Armenian forces broke out in late September in the line of control. The brutal war lasted six weeks, leaving thousands dead and displacing many more.

The long-standing ex-Soviet rivals finally agreed to end hostilities last week under the framework of a Russian-brokered accord that sees Moscow deploy peacekeepers to the region and requires Armenia to cede swathes of territory.

Armenian separatists in Nagorno-Karabakh and several surrounding districts occupied the territory and claimed independence that was not recognized internationally, even by Armenia, following a post-Soviet 1990s war that left some 30,000 dead.

As part of last week's peace deal, Armenia agreed to return some 15% to 20% of the Nagorno-Karabakh territory captured by Azerbaijan in recent fighting, including the historical town of Shusha.

The deal is being seen as a victory for Baku, which had been fighting to seize control of its territory from the Armenian occupation.

Iran has welcomed the agreement, hoping it would "lead to final arrangements in establishing sustainable peace in the Caucasus region."

Reports about Iran's border with Armenia being closed as part of the deal surfaced on social media a few days ago, creating a stir in Tehran.

Iran's Deputy Foreign Minister Abbad Aragchi, reacting to the reports, which he termed "untrue," said creating a "geographical line" on the Iran-Armenia border is "baseless."

Aragchi had toured Armenia, Azerbaijan, Russia and Turkey recently to discuss Iran's "peace proposal" on the Karabakh crisis, which called for a cease-fire and an end to the occupation.

Official sources in Tehran told Anadolu Agency (AA) that the issue of Iran's border security would figure prominently in Zarif's discussions with officials in both Moscow and Baku.

Iran, which shares a border with both Azerbaijan and Armenia, has traditionally maintained a neutral stance on the conflict. However, calls have been growing in the country in favor of Azerbaijan.

Among other issues on Zarif's agenda would be a "post-Trump scenario" and "Iran's options" if the new U.S. administration decides to rejoin the 2015 Iran nuclear deal, sources say.