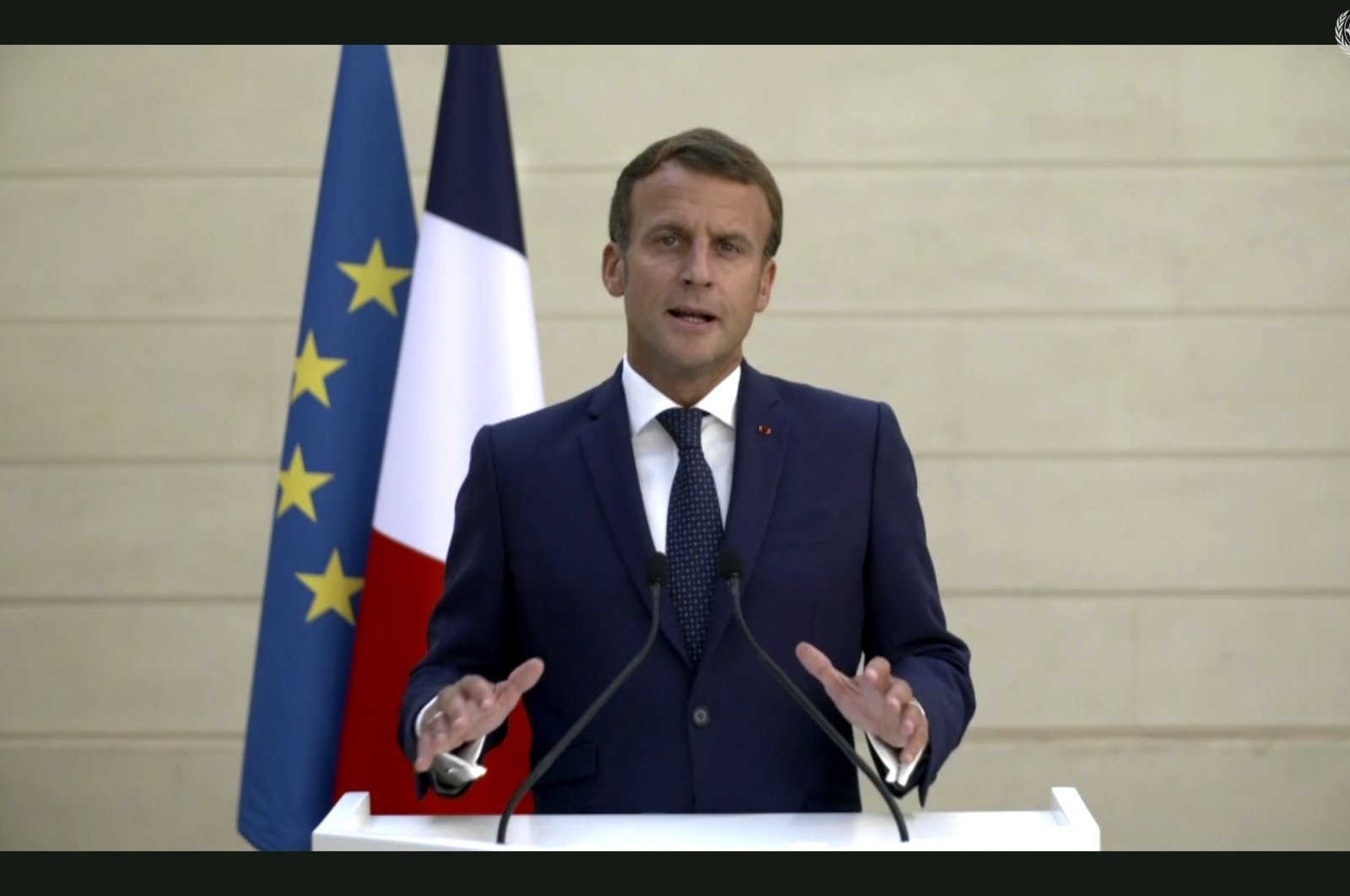 French President Emmanuel Macron speaks in a prerecorded message which was played during the 75th session of the U.N. General Assembly, Sept. 22, 2020, at the U.N. headquarters in New York. (AP Photo)
by DAILY SABAH WITH AGENCIES Sep 22, 2020 9:21 pm
RECOMMENDED

French President Emmanuel Macron said Tuesday Europe was ready for dialogue with Turkey, but demanded it "respect the European Union's sovereignty, international law and clarify its actions in places like Libya and Syria."

"We Europeans are ready for dialogue, for the essential construction of a Pax Mediterranea, but not at the cost of intimidation, not at the cost of survival of the fittest, with respect for international law, cooperation and respect among allies," Macron said in a speech at the U.N. General Assembly. "These principles are non-negotiable."

Greece, with the support of France, has disputed Turkey's energy exploration in the region, trying to box in Turkish maritime territory based on small islands near the Turkish coast.

Turkey, the country with the longest coastline on the Eastern Mediterranean, has sent out drillships to explore for energy on its continental shelf, saying that both Turkey and the Turkish Republic of Northern Cyprus have rights in the region.

Macron also said he wanted to gather all of Libya's neighbors to help find a solution to the country's conflict.

"This is the initiative that France wishes to lead in the coming weeks in conjunction with the secretary-general of the United Nations: bringing together all the neighboring countries to help bring about the Libyan solution. This re-engagement of the Libyan neighborhood is essential in the long-term."

He did not name which countries he wanted to involve in the talks or elaborate on the details.

Turkey and France have also been at loggerheads over Libya, with Ankara supporting the country's U.N.-recognized legitimate government based in Tripoli, while Paris has supported the militia forces of warlord Khalifa Haftar.