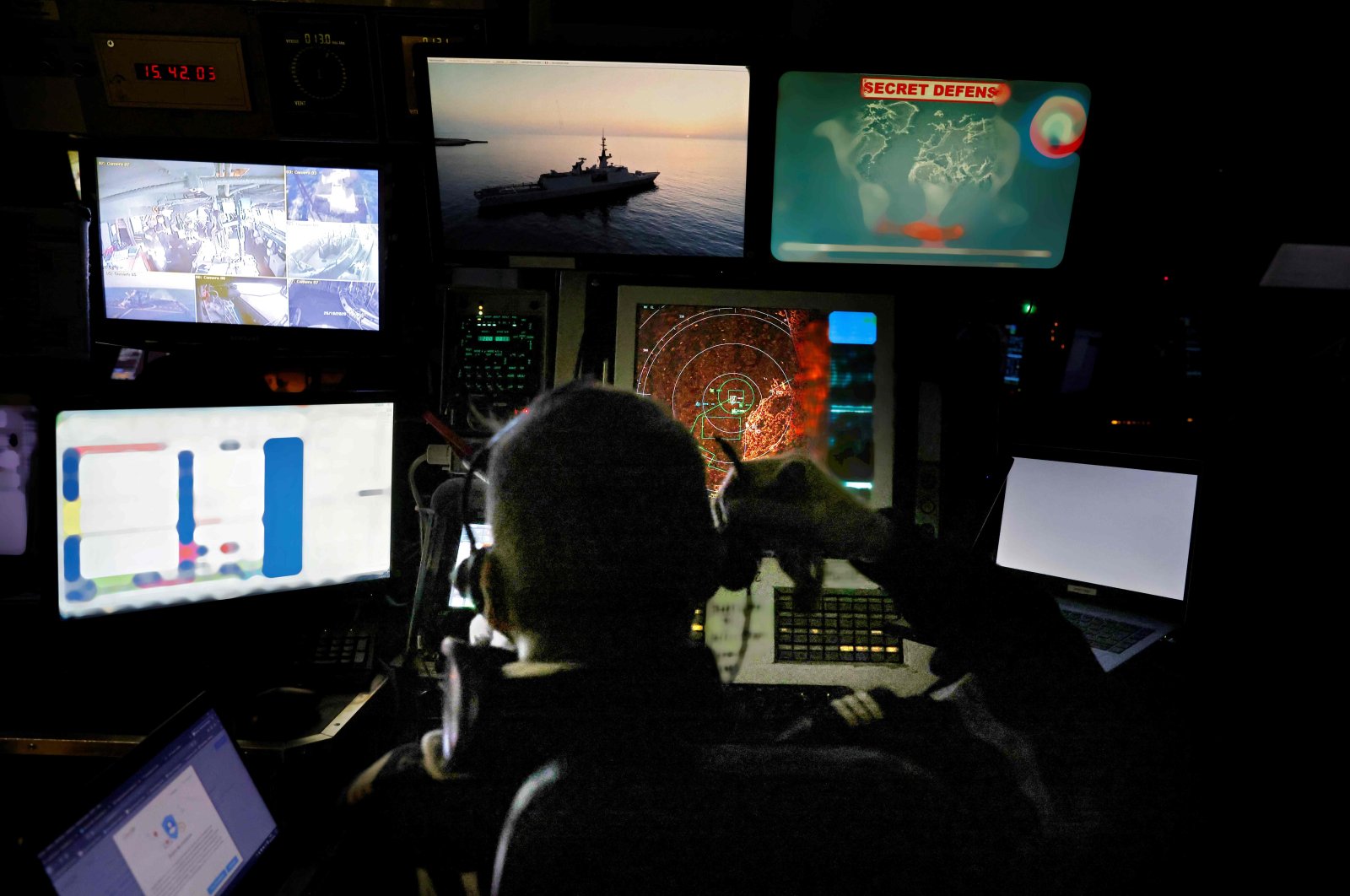 A French frigate cruising the tense Eastern Mediterranean waters has been closely following the activities of Turkey’s seismic research vessels, which have been conducting gas exploration activities in the region, recent footage has revealed.

The recent footage of the French frigate La Fayette released by Agence France-Presse (AFP) shows that a dozen officials working in the vessel scan radar screens through the dark. Among the red squares showing the positions of vessels at sea, two Turkish exploration ships stand out, the Oruç Reis and Barbaros.

Ankara accuses Athens of pursuing maximalist policies in the Eastern Mediterranean and underlines that its maritime claims constituted a violation of Turkey's sovereign rights. Ankara has also said energy resources near the island of Cyprus must be shared fairly between the Turkish Republic of Northern Cyprus (TRNC) and the Greek Cypriot administration.

NATO has set up a hotline to help the Greek and Turkish militaries avoid accidental clashes and Germany has been leading a diplomatic outreach.

But Greece and the Greek Cypriot administration, with strong backing from France, have been calling for tougher action. The EU leaders are due to return to the issue at their next summit.

"Our primary mission is to observe everything that happens, to offer our chiefs and the political authorities our own understanding of the situation," said the ship's group operations leader, Lieutenant Mathieu.

The screens pick up a British warship in Limassol, the Greek Cyprus, Russians off the Syrian coast and Turkey's Oruç Reis on a disputed energy exploration mission between the Greek islands of Kastellorizo and Rhodes, overriding protests from Athens.

"They've lightened their presence these last weeks. We are checking that it won't increase again at one stage or another," said Captain Sebastien Martinot, the ship's commander.

On such a mission, "we shed a light on a zone where more than ever we need clear facts to be able to make judgments, avoid mistakes and not rely on rumor, social networks, or even the information from our allies," he stressed.

During three months at sea, "We have never monitored the Turks as much", said leading rate Lies, stood on the sun-splashed bridge looking out over the Lebanese coast.

"We have come across them so many times we know which ships are protecting them. But we do not intervene, that's not our role."

All information gathered daily is sent to the French command of the Mediterranean military zone (CECMED) in Toulon. It is also shared with the international operation Inherent Resolve for Iraq and Syria as well as Europe's Irini set-up to enforce a U.N. arms embargo on Libya.

However, the data is not shared as systematically with NATO, of which Turkey is a member, the captain admitted.

In summer, Paris temporarily withdrew from the NATO maritime security operation "Sea Guardian" in the Mediterranean, after condemning "extremely aggressive" behavior by a Turkish warship against a French vessel during an attempt to check a cargo ship suspected of carrying arms to Libya. Ankara denied Paris' claims and demanded an official apology.