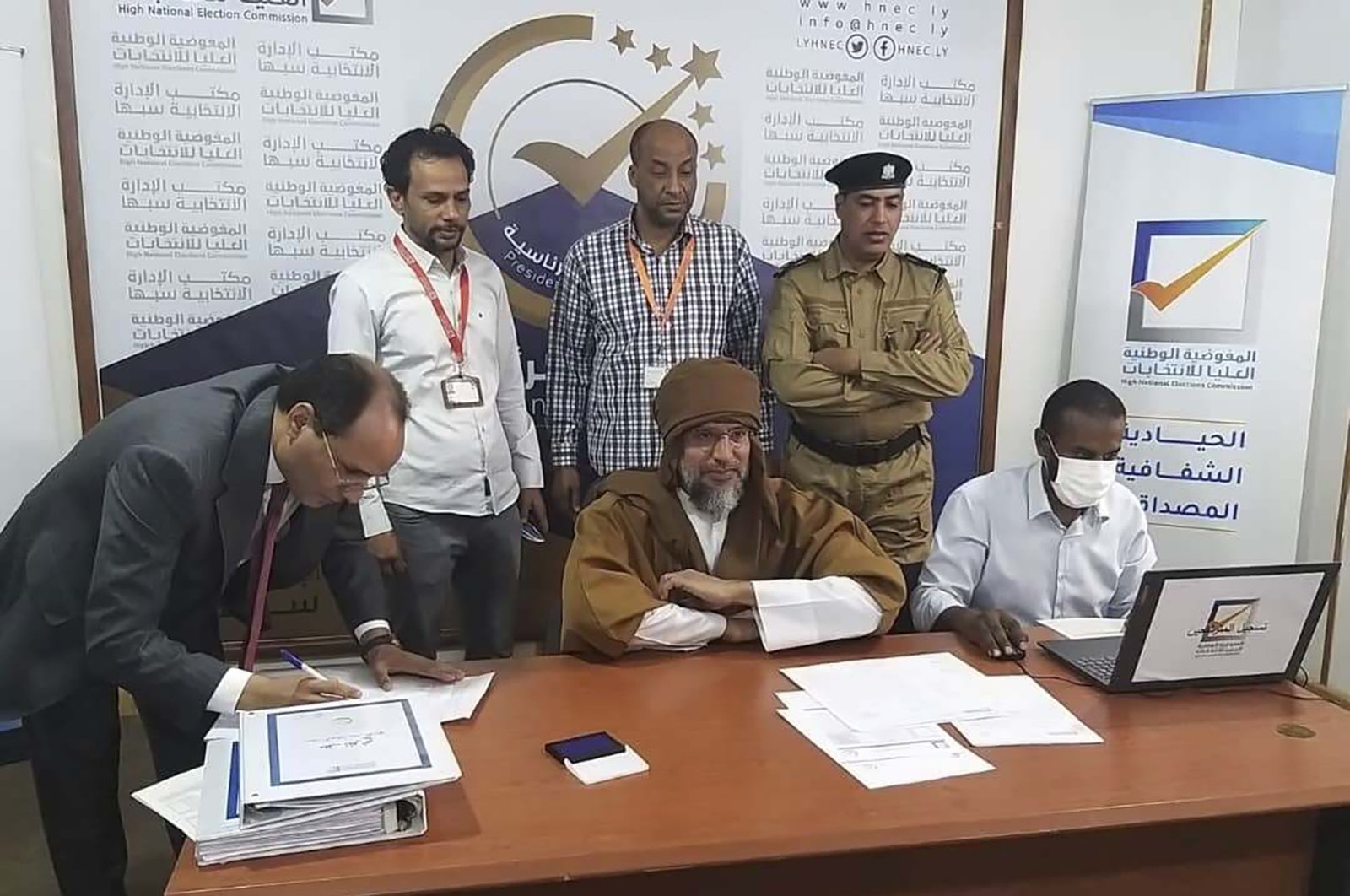 Turkey is an important country in the region and has a great opportunity to contribute to the peace and stability of Libya, the spokesperson of the Gadhafi family said Monday.

With the presidential elections in Libya fast approaching, the political scene of the war-torn country was once again shaken, this time by the official candidacy of the son of late Libyan leader Moammar Gadhafi, Saif al-Islam. He announced Sunday his candidacy for the country's upcoming presidential and parliamentary polls to be held on Dec. 24, Libya's High National Elections Commission (HNEC) said.

Libya's first-ever direct presidential poll is the culmination of the peace process initiated last year by the United Nations to draw a line against years of violence since the revolt that toppled Moammar Gadhafi in 2011. Many worry that the security situation in Libya will not allow a free and fair vote.

Al-Islam, who is wanted by the International Criminal Court (ICC) on charges of crimes against humanity related to the 2011 uprising, submitted his candidacy papers in the southern town of Sabha, 650 kilometers (400 miles) south of the capital of Tripoli, HNEC said in a statement. Yet, there are also reports that some fractions made another application to make his candidacy canceled due to his trial by the ICC after the death of his father and the so-called Libyan revolution.

The news has divided the factions while Musa Ibrahim Gadhafi, the last official spokesperson of the toppled ruler of Libya, said that al-Islam represents not an individual project for governing Libya but a national project of peace, reconciliation and economic and political development.

Turkey has a considerable interest in Libya due to the Eastern Mediterranean affairs besides good relations and cooperation with the U.N. recognized government. There have been several declarations by the Turkish authorities that Turkey supports the political peace process in Libya and attaches importance to the upcoming elections.

Musa Ibrahim said that Turkey’s position is critical and the Turkish government should be in touch with all the candidates.

“I think Turkey is an important country in the Middle East, has a great opportunity to contribute to the peace and stability of Libya by working with all candidates but especially with Dr. Saif al-Islam Gadhafi to make sure that the political process of Libya is successful, independent and this political process expresses the wishes, hopes and dreams of Libyan people not the ones of the West," he said.

Delivering a message from Saif al-Islam, Musa Ibrahim worded: “I do call upon the Turkish government to play an important role in helping Libya to have a peaceful transition towards a fruitful political process in the next few months. It is very important that no foreign government intervene in the Libyan scene or sides but to make sure that there is no foreign military presence in Libya or foreign support for mercenaries or any violence in the country. I think Turkey can do that if the government understands well the political scene that takes place in Libya now with the entry of Dr. Saif al-Islam as a presidential candidate.”

Musa Ibrahim confirmed that Saif al-Islam is now officially a candidate for the presidency and millions of Libyans have hopes that he will be able to move the political scene of Libya forward in many positive ways. According to Ibrahim, the most important of which is to get rid of Libya’s dependency on foreign powers and those foreign powers’ hegemony over Libya.

Underlining that Libya is a country that has been destroyed without sovereignty and the West has complete domination over the country’s affairs, Ibrahim said, “Millions of Libyans hope that Dr. Saif al-Islam Gadhafi will be able to gather many Libyans to establish a process of national dialogue, peace and reconciliation and then to move even further to establish a constitutional base for the future of Libya.”

In a video shared by an election official, al-Islam addressed the camera, saying that God will decide the right path for the country's future. He wore a traditional Libyan robe and turban, and spectacles. It was the first time in years that he appeared in public.

Regarding the opponents' application to cancel Saif al-Islam's candidacy, the spokesperson said the application is officially, formally and legally accepted.

“Those asking it to be canceled have no authority. The case is done and over. Dr. Saif al-Islam Gadhafi is an official candidate for being the president of Libya.”

ICC spokesperson Fadi El Abdallah declined to comment on Saif al-Islam's candidacy. “The Court doesn’t comment on political issues, as for the legal side there is a pending warrant of arrest and that hasn’t changed," he said.

Gadhafi’s son, who has deeply rooted links to tribes across Libya, is the first major presidential hopeful to submit his candidacy to run for the country’s highest post. Other potential candidates include putschist Gen. Khalifa Haftar, the commander of eastern-based forces in the civil war, parliament speaker Aguila Saleh and former Interior Minister Fathi Bashagha.

The announcement came after an international conference in Paris on Friday expressed support for holding “free, fair, inclusive and credible presidential and parliamentary elections” on Dec. 24.

The long-awaited vote still faces challenges, including unresolved issues over election laws and occasional infighting among armed groups. Other obstacles include the deep rift that remains between the country’s east and west, split for years by the war, and the presence of thousands of foreign fighters and troops.

Gadhafi had eight children, most of whom played significant roles in his regime. His son Muatassim was killed at the same time Gadhafi was captured and slain. Two other sons, Saif al-Arab and Khamis, were killed earlier in the uprising. Another son, al-Saadi Gadhafi, was released in September after more than seven years of detention in the capital of Tripoli following his extradition from neighboring Niger.