Greece being used as bait against Turkey in Eastern Mediterranean, Erdoğan says 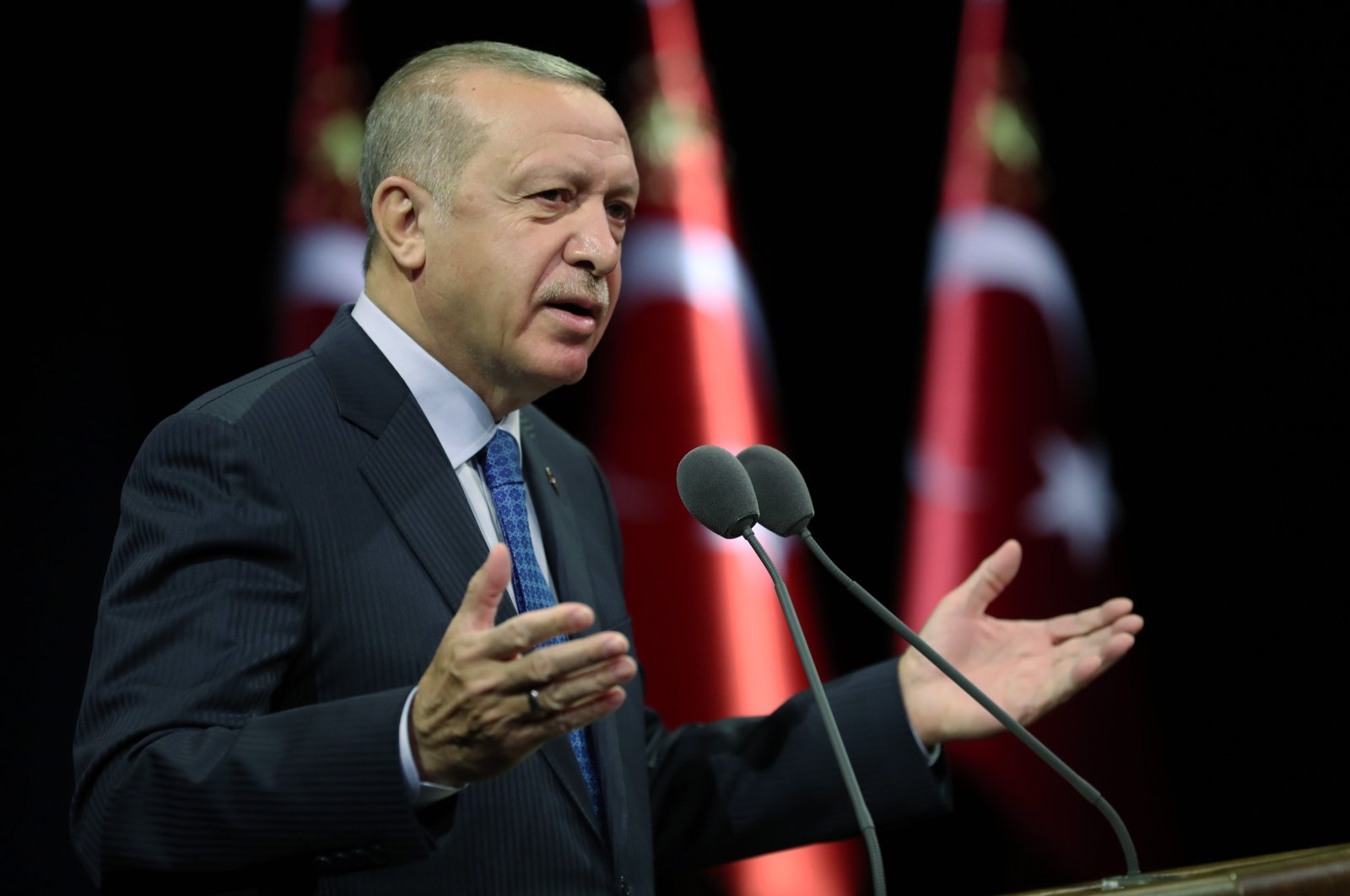 President Recep Tayyip Erdoğan criticized countries for using Greece as bait against Turkey in the Eastern Mediterranean, as he called their efforts to appropriate the area's natural resources an example of "modern colonialism."

"Turkey is sick of this shadow play. It is funny (for other countries) to use Greece, which cannot fight its way out of a paper bag, as bait against a regional and global power like Turkey," Erdoğan said at the ceremony to launch the new legal year, held in the capital Ankara.

Noting that the time of colonial powers has come to an end, Erdoğan said Turkey believes that its allies will gradually increase in this new period.

Erdoğan noted that Turkey’s activities in the Eastern Mediterranean are the outcome of the country's pursuit of justice.

Turkey on Monday announced the issue of a new navigational telex (Navtex) to extend the energy exploration activities of the Oruç Reis seismic research vessel in the Eastern Mediterranean until Sept. 12.

Earlier, the country had announced the ship's mission would continue through Sept. 1.

Navtex is a maritime communications system that allows ships to inform other vessels about their presence in an area, as well as provide other information.

The Turkish government disputes Greece’s claim to exclusive rights, arguing that islands should not be included in calculating sea boundaries between countries. Ankara criticizes Greece for its “maximalist” position, as it claims that the tiny island of Kastellorizo (Megisti-Meis), which is about 520 kilometers (320 miles) away from the Greek mainland, should have a 40,000-square-kilometer (15,444-square-mile) continental shelf area, which is almost half of Turkey's Gulf of Antalya.

Greece's military deployment to the demilitarized island of Kastellorizo has drawn ire from Turkish politicians, including opposition figures, who have criticized it as a provocative and illegal action.

"Greece’s attempt to arm the island of Kastellorizo is a new example of piracy. It is foolish of Greece to point guns at Turkey’s shores, and Greece has become the representative of pirate policies in the Aegean and Mediterranean seas," Çelik said.

"The European Union should not fall for these games of Greece," Öztrak said, adding that in order for peace to be achieved in the region, all regional countries should act in accordance with bilateral interests and international agreements.

Hours before the new Navtex declaration, Erdoğan highlighted at an event Monday that Turkey will not tolerate illegal actions in the Aegean and Mediterranean regions.

“No one can confine Turkey, which has the longest coastline in the Mediterranean, to the shores of Antalya. We are determined to defend the maritime rights of our citizens and the people of the Turkish Republic of Northern Cyprus (TRNC),” Erdoğan said.

Meanwhile, Erdoğan also warned Athens not to rely on France’s backing in the dispute.

“Those who get carried away with support from former colonial countries should study history again,” he said.

While many allies have sought a balance between Turkey and Greece, Paris' bold support for Athens has received strong reactions in Ankara. Greece is in talks with France and other countries over arms purchases to boost its armed forces, a government official told Reuters Tuesday.

On Sunday, Greece's finance minister Christos Staikouras said the country is ready to spend part of its cash reserves on arms purchases and other means which will help increase its "deterrence force," after years of belt-tightening on defense spending.

"We are in talks with France, and not only with France, in order to increase our country's defense potential," a government official told Reuters.

"Within this framework, there is a discussion which includes the purchase of aircraft." The official added that no final decisions had been made.

Greek media reported Monday that Athens had agreed to acquire 18 Dassault-made Rafale fighter jets from France. "There is no agreement as written in several media (sources). However, there are discussions on a number of subjects," a French government source said, without providing further detail.

As the tension in the Eastern Mediterranean has escalated, both Ankara and Athens have called on their allies for support, urging the international community to mediate between them.

Last week, Greece, along with France, Italy and the Greek Cypriot administration, launched a three-day joint military exercise in the area south of Crete, while Turkey conducted drills with the U.S. and Italian navies nearby.