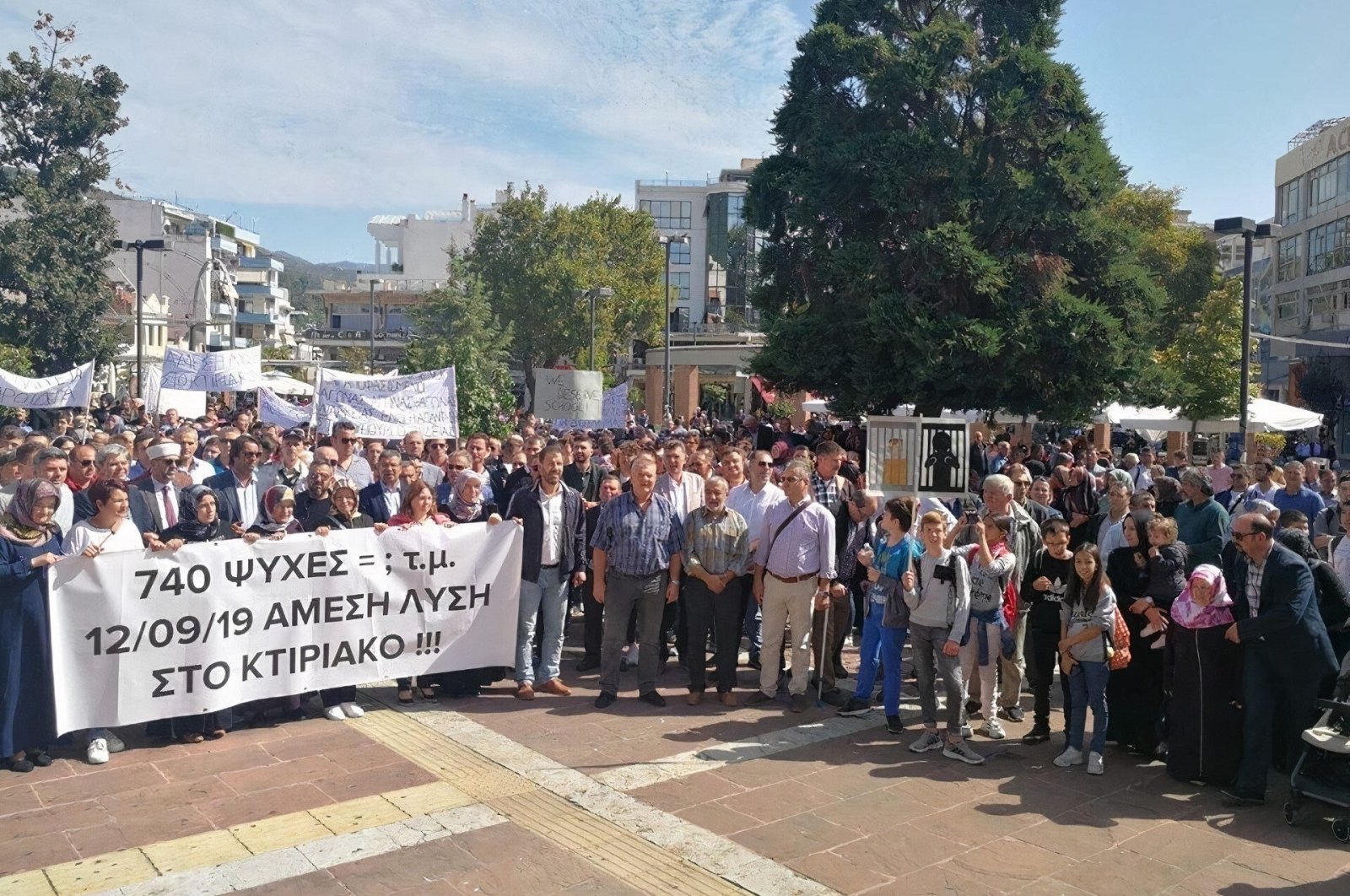 A Greek court postponed the trial of an elected religious leader of the Muslim Turkish minority in defiance of Greek authorities, who have insisted on appointing their own candidate to the post.

Ibrahim Şerif, the elected mufti of Gümülcine (Komotini) in northeastern Greece, had been sued by Greek authorities in March 2018 on charges of usurping authority after he attended a circumcision ceremony in 2016 and was to stand trial on Thursday.

Şerif's lawyer, Ercan Ahmet, and 11 other attorneys from the Istanbul-based International Jurists Union (UHUB) attended the trial in Thessaloniki. The court then announced that the case would be postponed until Dec. 8 after a police officer who was to serve as the prosecution's witness did not show up.

UHUB's secretary general, senior legal expert Refik Korkusuz, has been following Şerif's case and has stressed that it contradicts the rulings of the European Court of Human Rights (ECtHR).

"We expect Greek judicial authorities to respect the ECtHR's decisions," he said, expressing worry that the case was intended to suppress the Muslim Turkish minority in Greece.

Yasin Şanlı, the chair of Istanbul's second bar association, on the other hand, underlined that such cases were in obvious violation of international treaties and basic rights.

Such cases are akin to threatening the Muslim Turkish minority in Greece, he remarked, while another lawyer who followed the case, Abubaker Siddique, a British barrister, agreed that the case opposes ECtHR decisions.

Turkey has frequently urged Greece to comply with the ECtHR decisions upholding the freedoms of the local Turkish minority. Ankara in June also condemned a recent Greek court decision to sentence the elected mufti of Iskeçe (Xanthi) in Greece’s Western Thrace to 15 months in prison, describing the decision as "another manifestation of the legal pressure and intimidation policies by Greece against the Western Thrace Turkish Minority's elected Muftis by their own will."

Şerif was elected mufti of Komotini in 1990 by the local Muslim Turkish community.

Ahmet Mete, the current mufti of Xanthi, and his predecessor Mehmet Emin Aga had also previously been convicted by Greek courts for usurping authority.

The Western Thrace region of Greece is home to a Muslim Turkish minority of around 150,000 people, where muftis have legal jurisdiction to decide on the family and inheritance matters in the local community.

The issue of mufti elections has been a long-standing problem for the group since 1991.

Turkey has long decried Greek violations of the rights of its Muslim and Turkish minority, from closing mosques and allowing historic religious sites to fall into disrepair, to refusing to allow local groups to use "Turkish" in their name.