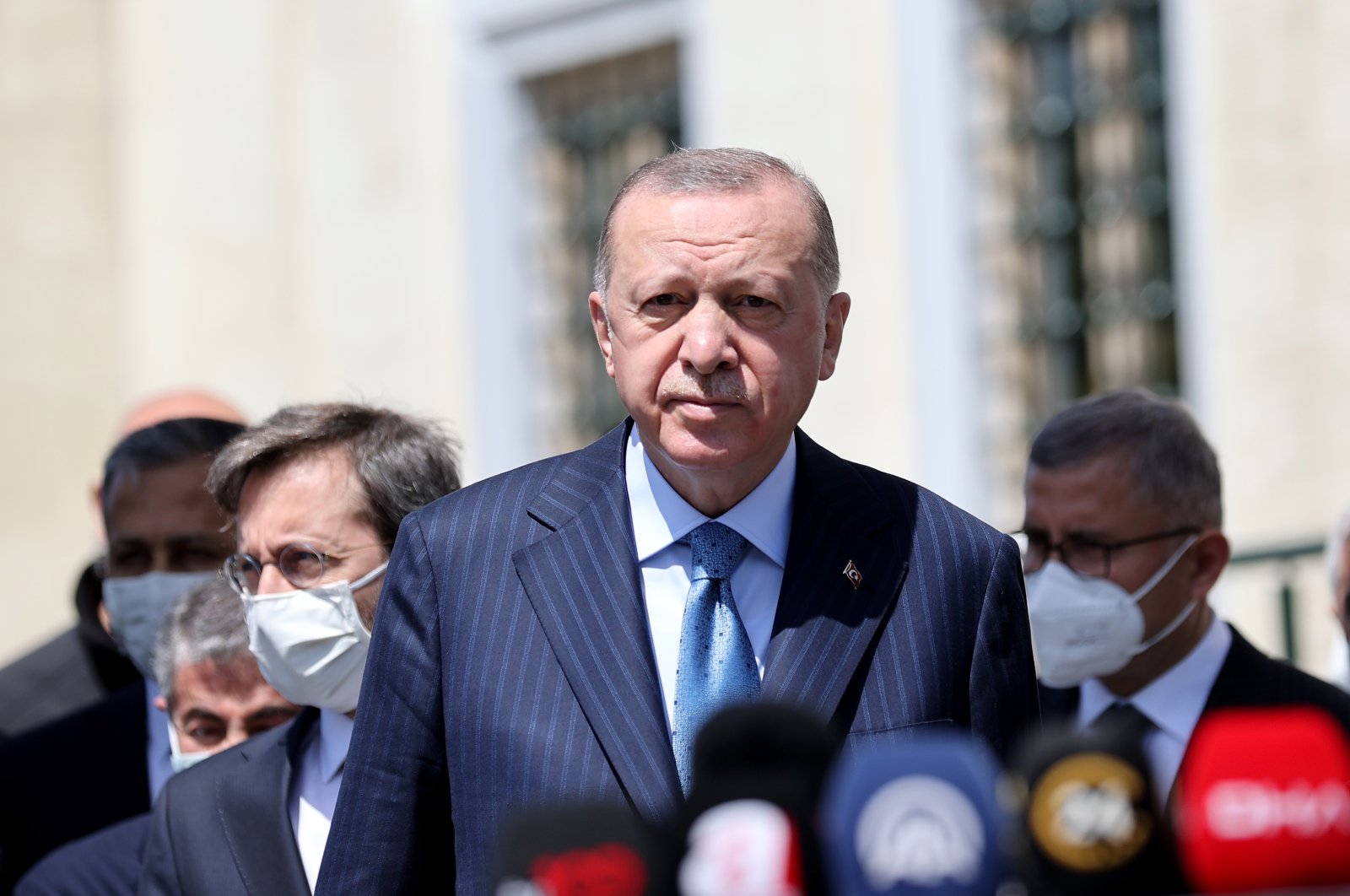 President Recep Tayyip Erdoğan on Friday criticized the attitude of the Greek Cypriot administration regarding the Cyprus issue, saying that “they have never been honest” in their stance.

“(The Cyprus talks in Geneva) are postponed for two to three months more, and I don’t believe that we will be able to get a result. Because they are not honest. They also didn't respect the referendum,” he told reporters.

United Nations Secretary-General Antonio Guterres on Thursday stated that there is "no common ground yet" to resume formal negotiations on the settlement of the Cyprus problem.

On the last day of the talks that started Tuesday, Guterres stated that he will convene another round of U.N. 5+1 talks to move the Cyprus process forward. He added that there was an understanding that two to three months is the kind of time frame that should be expected for the next meeting.

Foreign Minister Mevlüt Çavuşoğlu said that the Greek Cypriot side did not offer a new proposal during the talks. He added that Turkey will continue to support a two-state solution based on sovereign equality endorsed by the Turkish Republic of Northern Cyprus (TRNC) and that Ankara will not compromise on the independence, sovereignty or equality of the TRNC.

Meanwhile, Greek Cypriots said that the Turkish two-state offer will not work. "There is not one single chance of Turkey or the Turkish Cypriot side succeeding in this. This was something that was pointed out by the (United Nations) secretary-general," Greek Cypriot leader Nicos Anastasiades told reporters in Geneva.