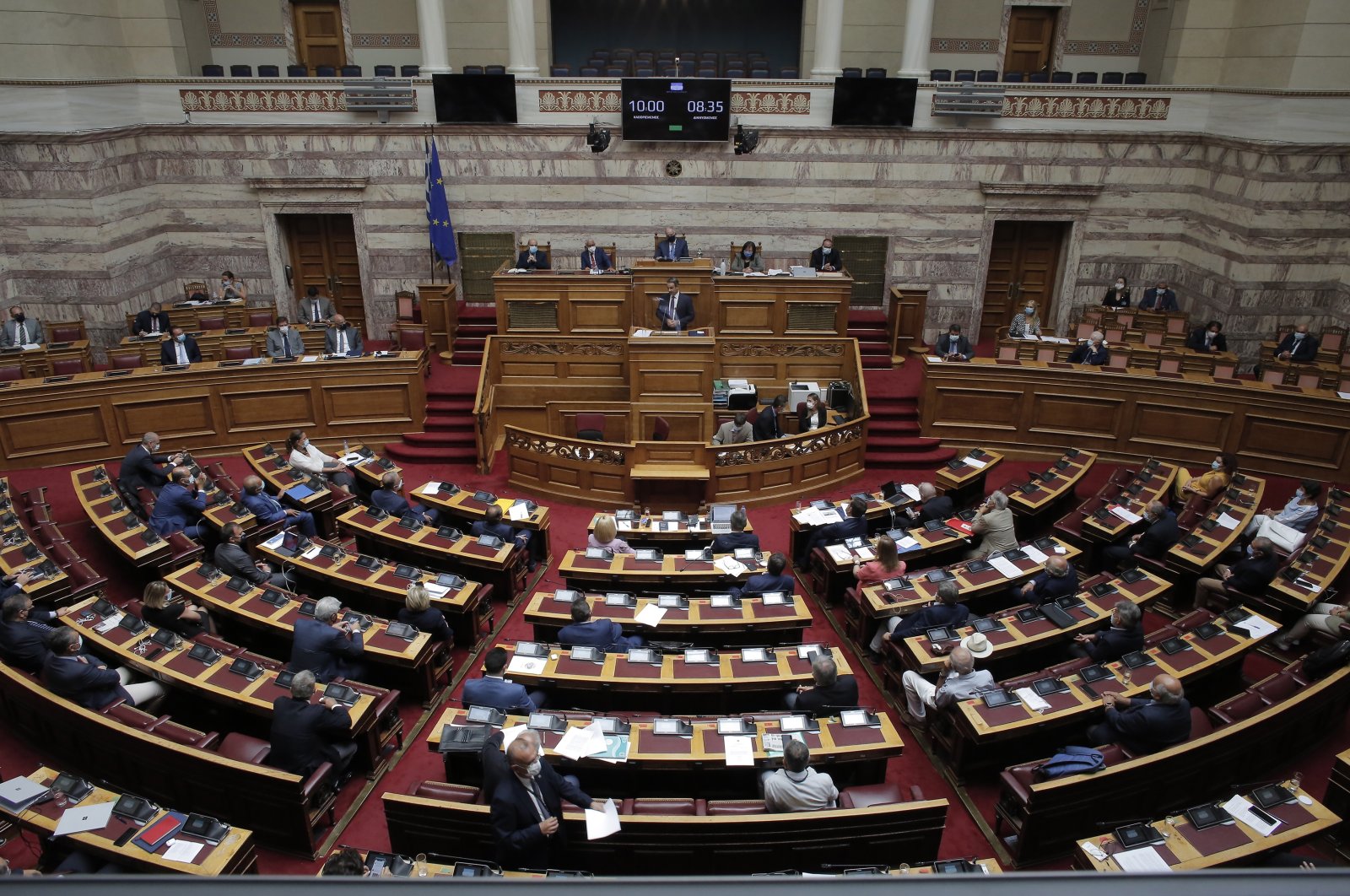 Greek parliament ratified a controversial accord defining maritime boundaries between Greece and Egypt on Thursday, amid rising tensions with neighboring Turkey over energy resources in the Eastern Mediterranean.

The pact, which was sealed earlier this month and has already been ratified by Egypt's parliament, was approved by a majority of Greek lawmakers.

The Athens-Cairo agreement has angered Turkey, which says that it infringes on its own continental shelf. The agreement also overlaps with maritime zones Turkey agreed with Libya last year.

Stressing that Greece and Egypt had no mutual sea border, the Turkish Foreign Ministry in a statement declared the so-called maritime agreement "null and void."

The so-called demarcated area is located on Turkey's continental shelf, as reported to the U.N., the ministry said.

It also noted that Egypt had already abandoned 11,500 square kilometers (3,352 square nautical miles) of its continental shelf in a previous agreement it signed with the Greek Cypriot administration in 2003.

Egypt is again losing its maritime jurisdiction with the latest so-called treaty, which also seeks to usurp Libya's rights, it said.

Turkey will not allow any activity in these areas and will continue to resolutely defend its legitimate rights and interests in the Eastern Mediterranean as well as those of the Turkish Republic of Northern Cyprus (TRNC), it added.

In a post on Twitter, Turkish Foreign Minister Mevlüt Çavuşoğlu said the "Greece-Egypt agreement is null and void. Will continue to resolutely defend rights of Turkey and Turkish Cypriots at the table and on the ground.”