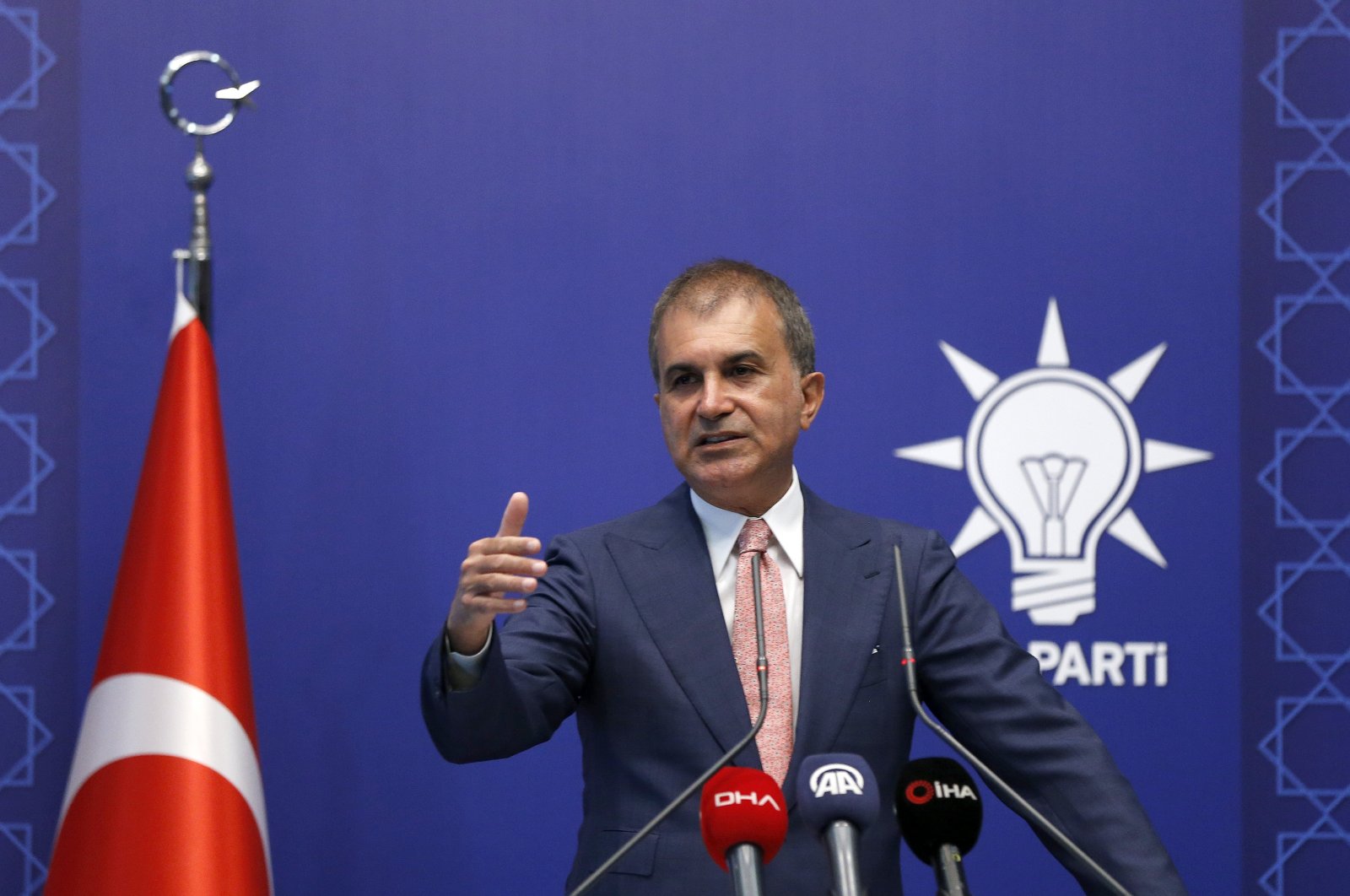 Ruling Justice and Development Party (AK Party) spokesman Ömer Çelik said Wednesday that Greek President Katerina Sakellaropoulou should “stay away from fanaticism” after her statements regarding the reversion of Hagia Sophia into a mosque.

“A politician that proved she was not siding with peace right after becoming president with the provocation of visiting Eşek Island, and she was following the radical Greek politics, has no right lecture anyone, over anything,” Çelik said, touching upon the head of state’s visit to the island also known as Agathonisi, which has been under illegal Greek occupation for the last 16 years.

Çelik also said that the Greek president’s remarks are devoid of historical and legal knowledge.

Underlining that Greece is the only European Union country without a mosque in its capital, Çelik added that Sakellaropoulou's comments on religious tolerance are nothing more than doubles standards, as there are countless churches and other non-Islamic shrines in the Turkish capital Ankara and in many other cities around Turkey.

“It is a tragedy that the Greek president is trying to lecture Turkey on secularism. It is lack of knowledge over secularism for Sakellaropoulou who became president under the watch of Greek archbishop,” Çelik said.

“Turkey can help Greece on the matter of a secular state approach. Internalizing religious tolerance, being anti-assimilation, staying away from Islamophobia and anti-Turkish hate should be Greece’s baby steps toward secularism,” he added.

“What you call shamelessly ‘Turkish barbarism’ is in fact a rescue mission, which also gives hope to all oppressed nations around the world. Turkey will not allow your attempts to undermine Turkish existence on the island,” Çelik said.

“Greece should not think that its null and void fantasies will become real. Turkey has the power to protect both our and Cypriot Turks’ rights in the Mediterranean,” he concluded.

Turkey's intervention as a guarantor power in 1974 stopped yearslong persecution and violence against Turkish Cypriots by ultranationalist Greek Cypriots. The Turkish Republic of Northern Cyprus (TRNC) was founded in 1983.