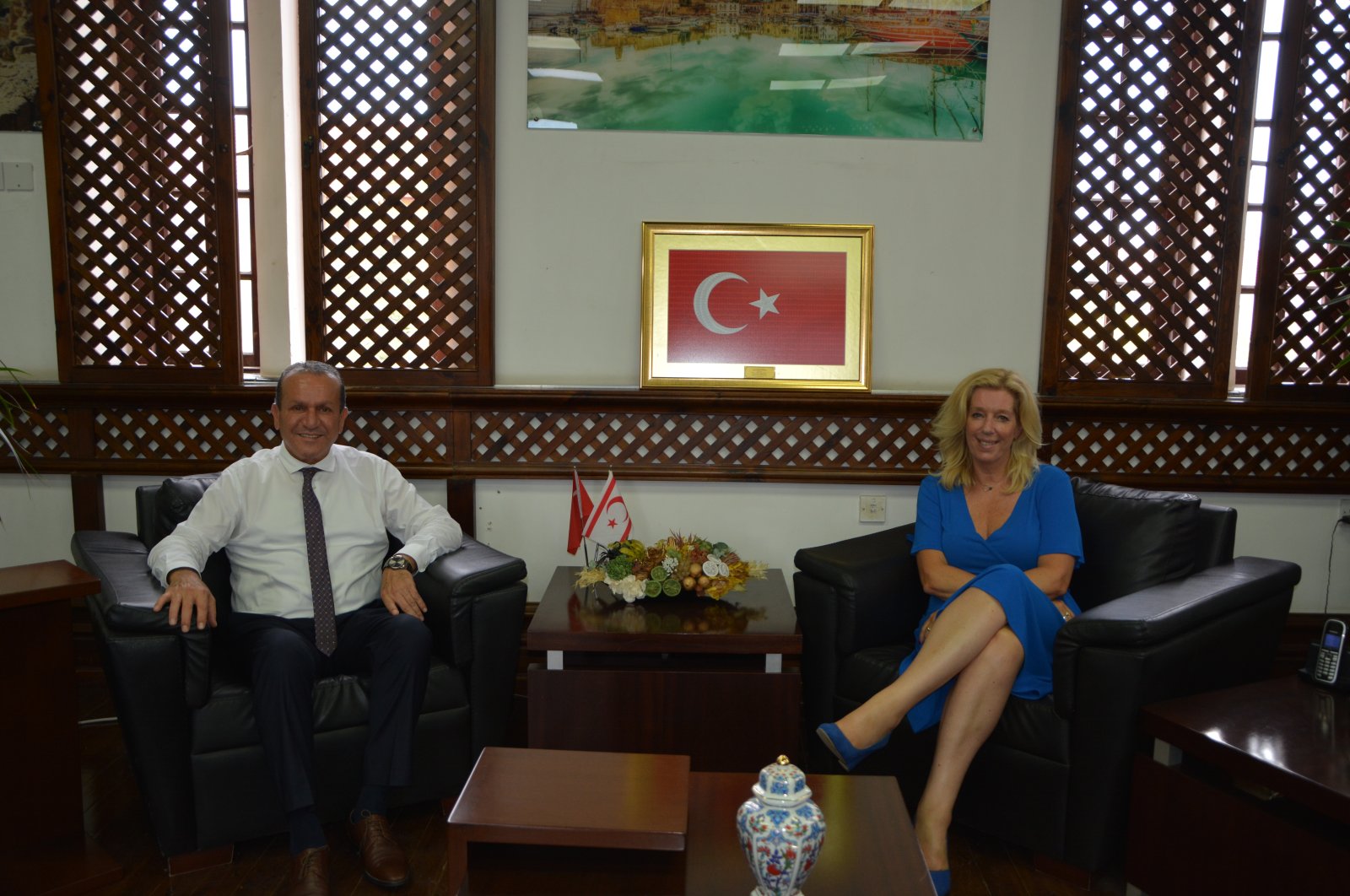 The Turkish Republic of Northern Cyprus (TRNC) on Thursday condemned the reaction of Greek and Greek Cypriot officials over a recent meeting between the Turkish side of the island and a Dutch lawmaker. Their pushback after the Aug. 12 visit by Liane den Haan was a "new manifestation of their outdated mentality," the TRNC Presidency said in a statement.

"We condemn these statements made by disregarding the rules of diplomatic courtesy and the mentality behind them," it said.

"Today, I had an informal meeting with the Minister of Tourism of North Cyprus," Den Haan said on Twitter last Thursday after her visit to the Turkish Cypriot capital of Lefkoşa (Nicosia), where she met Fikri Ataoğlu.

"An interesting meeting, we talked about the tourism on North Cyprus and how hard it is during the Covid pandemic. #KKTC #kibris," den Haan added, sharing a photo of the two officials from Ataoğlu's office, with the flags of Turkey and Turkish Cyprus visible in the background.

Den Haan received severe criticism, including from Greek and Greek Cypriot officials, over the meeting.

The TRNC Presidency also noted that Turkish Cypriots had been violently expelled from the republic on the island, of which they were equal founders, in 1963.

The Greek Cypriot side acted as the sole owner of Cyprus since then, depriving Turkish Cypriots of their legitimate rights, and forcing them to live under isolation and restriction, the statement read.

"Those who cannot tolerate even a meeting by the Turkish Cypriot people with any foreign official, in fact, give the best answer by explaining why the Cyprus issue, which has been ongoing for more than 50 years, has not been resolved," it added.

In a separate statement, Ataoğlu also condemned the reaction of some officials from Greek Cyprus and Greece over his meeting.

"It is precisely because of this mentality that it has not been possible to reach a solution on the Cyprus issue for years," Ataoğlu said.