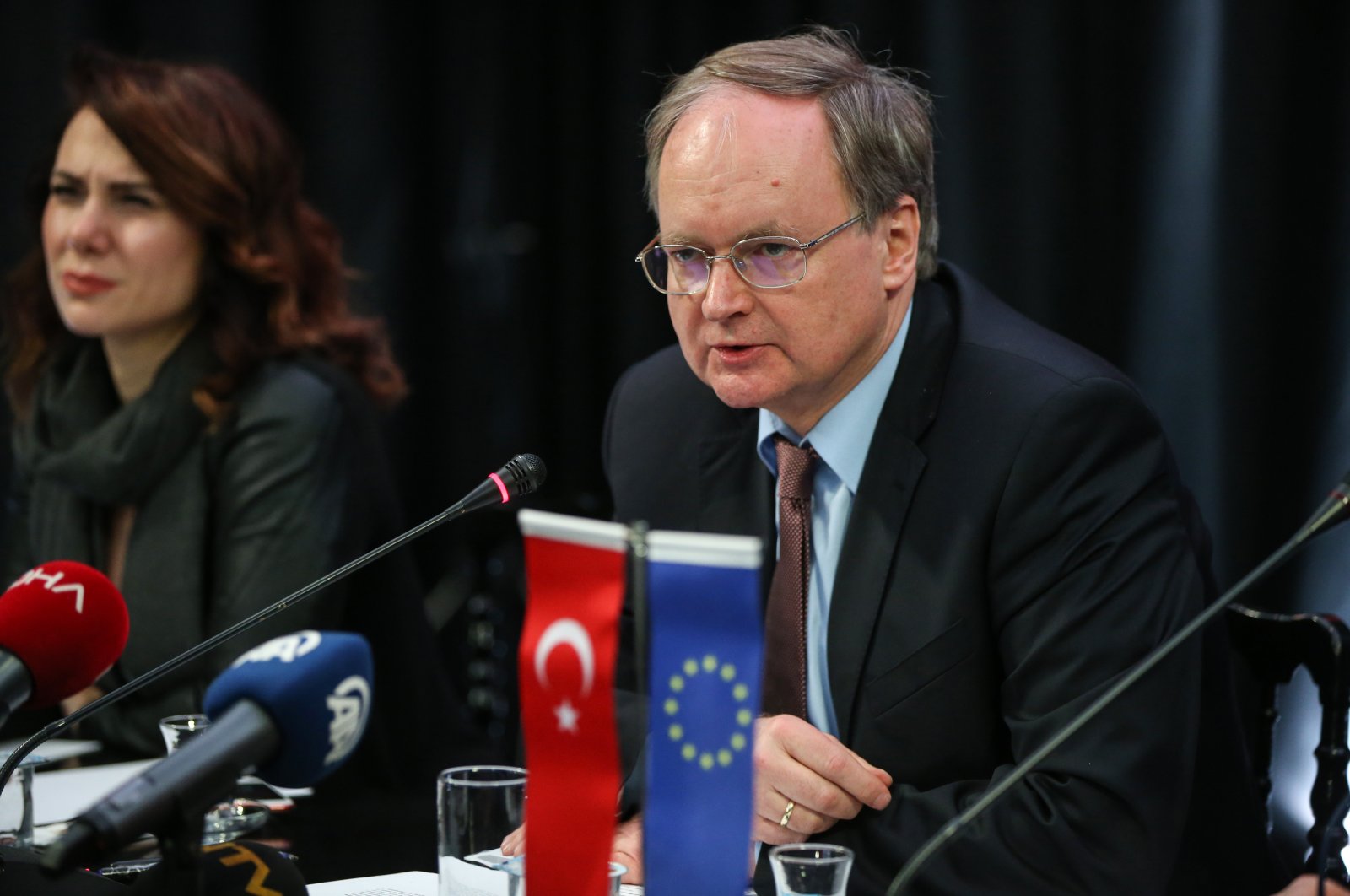 The head of the European Union delegation to Turkey extended his condolences to the Turkish people after the PKK terror group killed five civilians in a car bomb attack in the country's southeastern province of Diyarbakir.

Christian Berger said he condemned the act of terror, and the delegation conveyed its condolences to Turkey.

The attack took place on the road between Kulp and Hazro districts near Güleç neighborhood when PKK terrorists detonated a roadside bomb, the statement read.

Ambulances were dispatched to the area, and security forces launched an operation to capture the terrorists.

The gendarmerie units are carrying out the operation using unmanned aerial vehicles (UAVs) and armed UAVs in the area.

In its more than 30-year terror campaign against Turkey, the PKK -– listed as a terrorist organization by Turkey, the U.S. and the EU – has been responsible for the deaths of 40,000 people, including women, children and infants.