History will not forgive UAE's betrayal of Palestinians, Turkey says 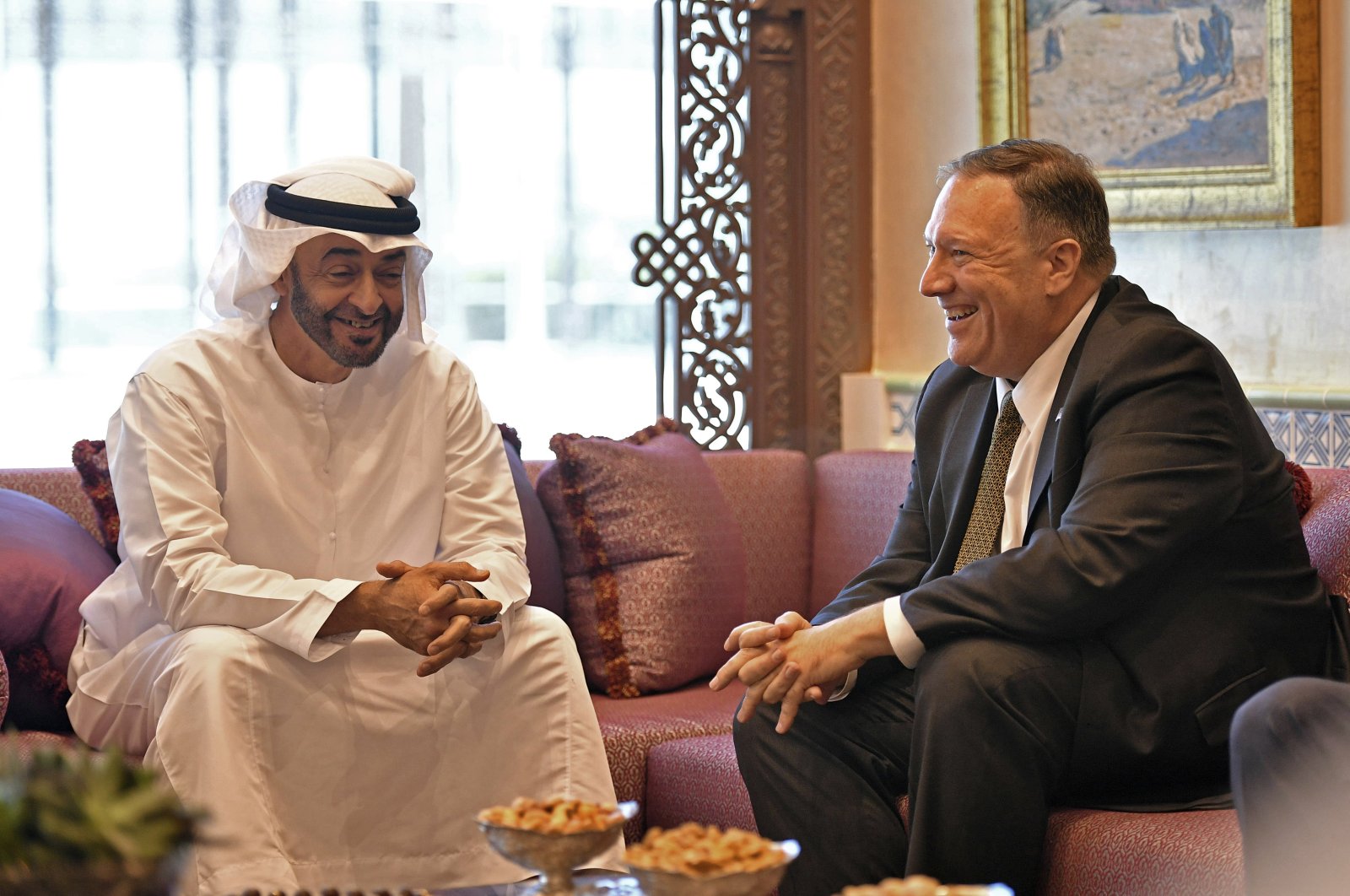 Turkey bashes UAE for normalizing ties with Israel, calling the deal as "betrayal," while underlining that the diplomatic relations with Abu Dhabi are at risk

The United Arab Emirates (UAE) betrays the Palestinian cause by inking a deal with Israel, Turkey said on Friday, emphasizing that the move will be remembered by history as a disgraceful incident while signaling that diplomatic ties with the Emirates are at risk.

Turkey may suspend its diplomatic relations with the UAE, or recall its ambassador, President Recep Tayyip Erdoğan said Friday, revealing the scale of the possible after-effects of such a move on part of the Emirates.

Erdoğan told reporters that the UAE’s controversial deal with Israel is problematic and that Turkey stands in solidarity with the Palestinian people.

“I have given the necessary instructions to my foreign minister. We may either suspend diplomatic ties or recall our ambassador because we stand with the Palestinian people. We have not let Palestine be defeated, or let it be defeated,” Erdoğan said.

Israel and the UAE have agreed to normalize relations, U.S. President Donald Trump announced Thursday, in a deal which includes Israel's pledge to "temporarily" postpone its annexation plan.

Following the announcement, Israeli prime minister Benjamin Netanyahu on Thursday said he is "still committed" to annexing parts of the West Bank despite a normalization deal with the UAE.

The UAE will be the third Arab country to sign a peace agreement with Israel following Egypt in 1979 and Jordan in 1994.

"While betraying the Palestinian cause to serve its narrow interests, the UAE is trying to present this as a kind of act of self-sacrifice for Palestine. History and the conscience of the people living in the region will not forget and never forgive this hypocritical behavior," a statement released by the Turkish Foreign Ministry said Friday on the deal.

The Palestinian people and administration are right to display a strong reaction to the peace deal between the UAE and Israel, the statement added.

The ministry also said it was extremely concerned about the UAE’s attempt to unilaterally abolish the Arab Peace Initiative, which was endorsed by the Arab League in 2002.

The statement further noted that the deal, which, Abu Dhabi claims, supports the Palestinian cause, has no credibility and disregards the Palestinian will through secret plans in line with the "stillborn" U.S. Middle East plan that Turkey deems null and void.

"The UAE leadership has no authority to hold negotiations with Israel on behalf of the Palestinian people and administration, nor make concessions that are critical for Palestine," the statement said.

In January, Trump announced a so-called peace plan for the Israeli-Palestinian conflict, named "Deal of the Century," although it had already been roundly rejected by the Palestinians.

Turkey rejected the plan, saying it would not support any plan that is not accepted by the Palestinian authorities, adding that peace in the Middle East would not be obtained if the policies based on occupation continued.

The U.N. General Assembly in December 2017 overwhelmingly rejected the U.S. decision to recognize Jerusalem as the capital of Israel, but the nonbinding resolution was vetoed by the U.S. at the U.N. Security Council.

Turkey's presidential spokesperson on Thursday also condemned the deal between the UAE and Israel.

"History will definitely record the defeat of those who betrayed the Palestinian people and their cause," said Ibrahim Kalın on Twitter.

However, the Israel-UAE deal is not the only problem between Ankara and Abu Dhabi, as the latter has been displaying hostility against Turkey.

In July, Defense Minister Hulusi Akar criticized the UAE for committing “malicious acts” in Libya and Syria, as he vowed that Turkey would bring Abu Dhabi to account.

Turkish officials note that the UAE supports terrorist organizations hostile to Turkey, and has become a useful political and military tool for other countries.

The Emirates are a part of a Saudi-led coalition that launched a devastating air campaign to roll back Houthi territorial gains in 2015, further escalating the crisis in Yemen.

Abu Dhabi also supports the Bashar Assad regime in Syria in its offensive against democracy and civil rights, and Turkish officials have accused them of offering financial and logistical support to the PKK terror group to carry out attacks in Turkey.

In Libya, which is arguably one of the biggest conflict points between Turkey and the UAE, Abu Dhabi supports putschist Gen. Khalifa Haftar and wants to oust the legitimate U.N.-recognized Government of National Accord (GNA).

In May, a confidential U.N. report revealed that two Dubai-based companies have been sending Western mercenaries to support Haftar in his offensive.

UAE also is lobbying the U.S. to intervene in the Libyan civil war, a document obtained by TRT World showed back in June, aiming to help turn the tide back to the advantage of Haftar.

Fed up with the UAE's involvement in the country's civil war, the Libyan government also released a statement on Thursday, condemning the deal with Israel.

Speaking to Al-Jazeera TV, Mohamed Amari Zayed, a member of the Libyan Presidential Council, said "this is a betrayal of the UAE state that isn't a surprise. With its destructive role in Libya, Syria and Yemen, it is a natural result of the embargo imposed on Qatar, Palestine and the independent nations of the region."

Zayed described the UAE's step as "another stab in the back to the ummah (Muslim community)." "The recent losses of the Islamic ummah as a result of this policy of the UAE are much higher than the Zionist regime killed and displaced in the last 50 years," he said.