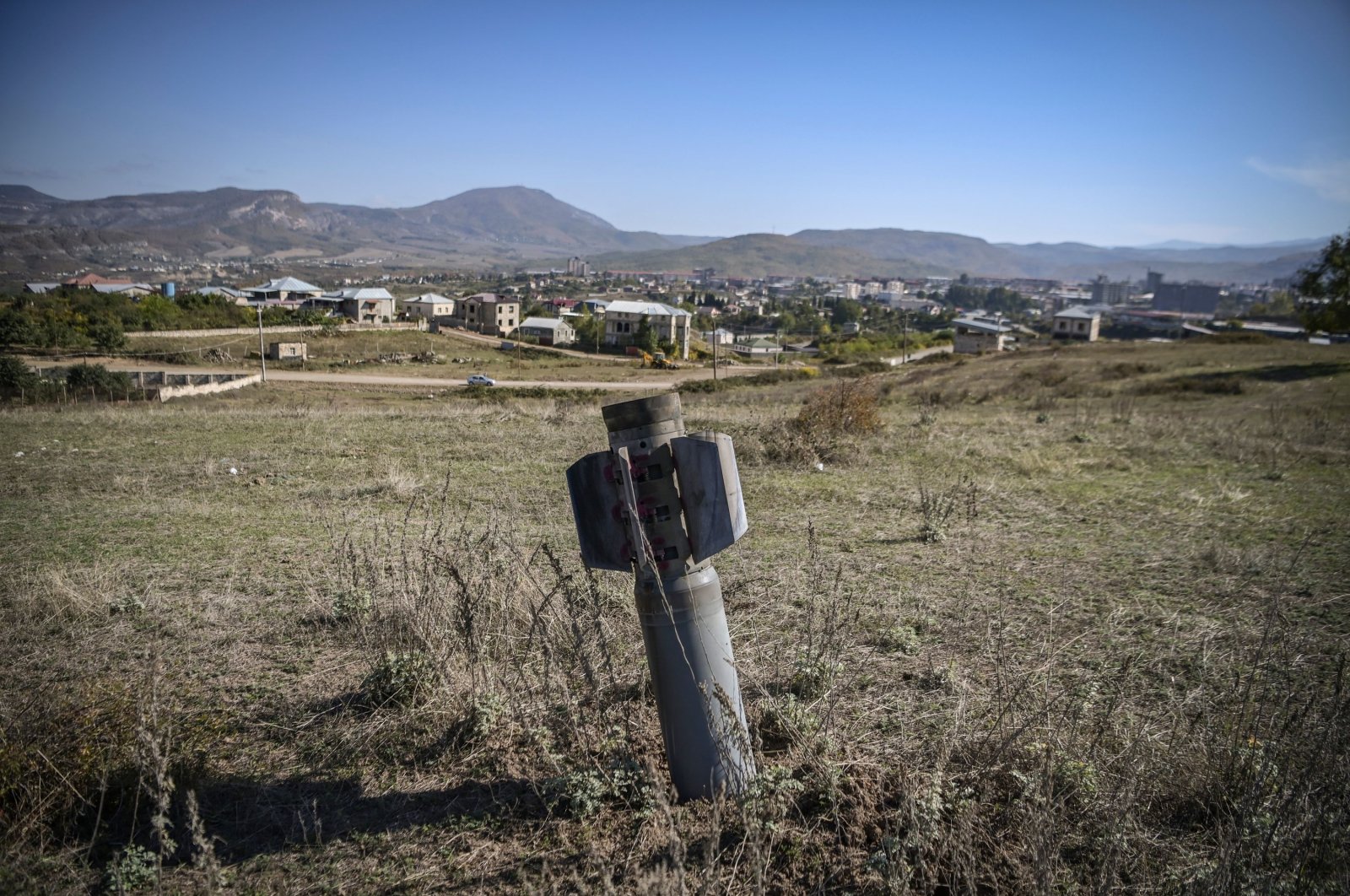 An unexploded BM-30 Smerch missile on the outskirts of Stepanakert (Khankendi), near the Armenia-occupied Nagorno-Karabakh, Azerbaijan, Oct. 12, 2020. (AFP Photo)
by Daily Sabah with Reuters Oct 13, 2020 11:59 am
Edited By Nurbanu Tanrıkulu Kızıl

The International Committee of the Red Cross (ICRC) announced Tuesday that it is working on an operation to facilitate the transfer of the bodies of those killed in the occupied Nagorno-Karabakh conflict, as well as the release of detainees.

"The ICRC is ready to ease handover of bodies of those killed in the Nagorno-Karabakh conflict and the release of detainees, but the sides need to agree on the format between themselves," Martin Schuepp, ICRC Eurasia regional director, told a news briefing in Geneva said.

The envoy noted that the committee is "passing proposals back and forth" but an operational and logistical arrangement was necessary in addition to guarantees on the safety of the ICRC teams for such an operation to take place.

The cease-fire between Azerbaijan and Armenia could not survive even for a full day, as Yerevan launched a missile attack on Azerbaijan's second-largest city, Ganja on Sunday.

Azerbaijan's public chief prosecutor's office confirmed Monday that 41 civilians were killed and 207 others injured in the attacks.

Some 1,185 houses, 148 civilian facilitates and 57 apartments have also been destroyed so far.