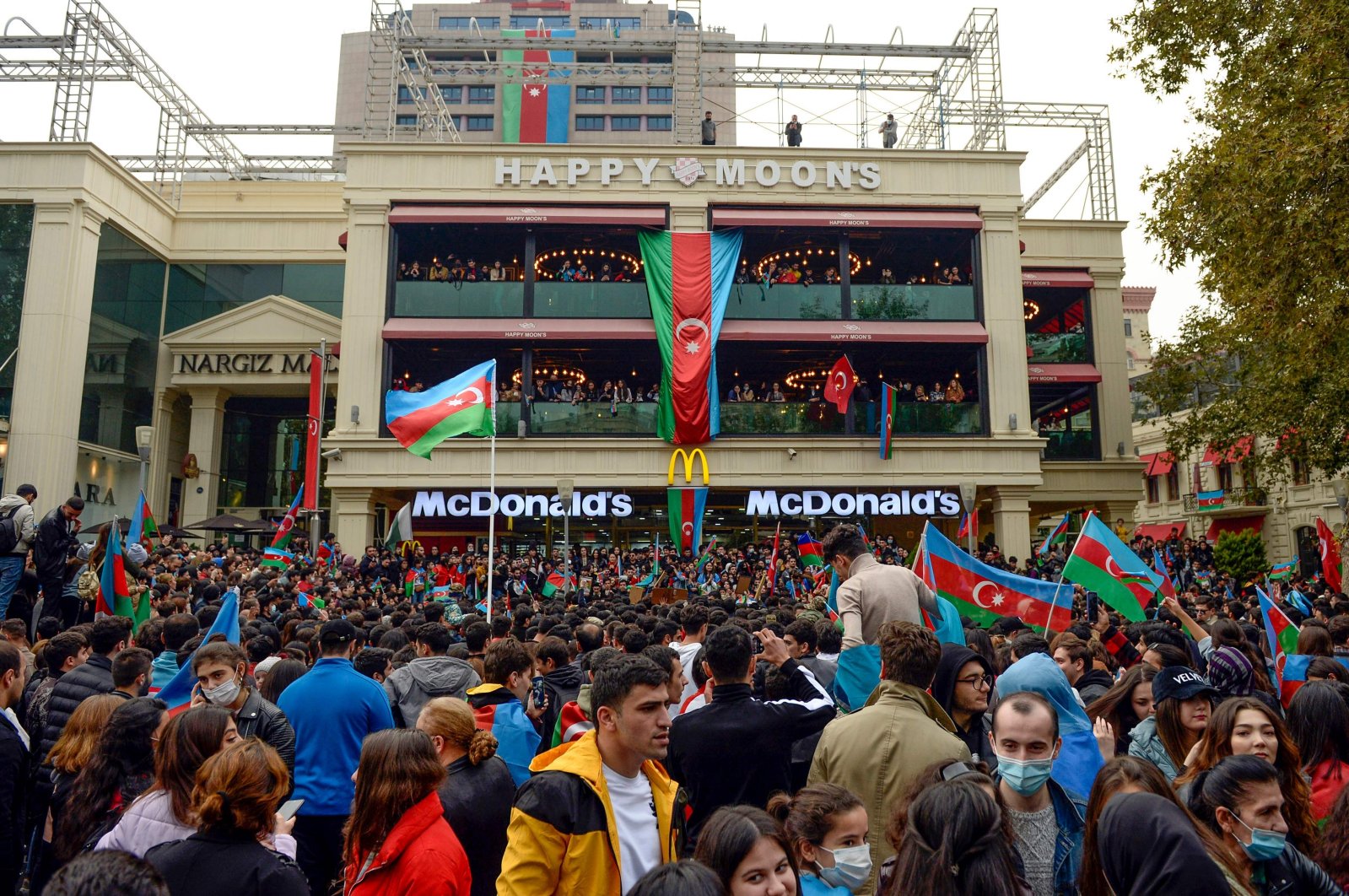 The international community welcomed a deal recently signed between Azerbaijan and Armenia to end the ongoing conflict over the Armenian-occupied Nagorno-Karabakh region.

"They have made difficult decisions to prevent further loss of life," Raab said.

"We encourage all sides to continue working together for a lasting peace settlement in the interests of their citizens."

Iran also welcomed the peace deal between Azerbaijan and Armenia that ended six weeks of fighting in Karabakh.

Mahmoud Vaezi, chief of staff of the presidential office, tweeted that Iran believes the current crisis between Baku and Yerevan can be resolved politically through dialogue and in a manner that protects the rights of the peoples and borders of the two countries.

He expressed his hope that the cease-fire would sustain in the region, which is internationally recognized as Azerbaijani.

Pakistan on Tuesday congratulated Azerbaijan on the liberation of its territories from Armenian occupation.

"We congratulate the government and brotherly people of Azerbaijan on the liberation of their territories," said a Foreign Ministry statement.

The ministry expressed hope that this will lead to an era of "stability and prosperity" in the region and "will pave way for the return of internally displaced persons to their ancestral lands."

"Pakistan has consistently supported the resolution of Nagorno Karabakh dispute in accordance with international law and the relevant U.N. Security Council resolutions," it went on to say.

The trilateral agreement facilitated by Russia, the statement further said, offers a "renewed" opportunity for establishing peace in the South Caucasus region.

While the U.N. chief Antonio Guterres' spokesperson Stephane Dujarric had said "the secretary-general is relieved that the deal has been agreed to a cessation of hostilities. We are very grateful to the Russian authorities for what they have done. The sense of relief is really about the hope that this will end the suffering of civilians."

Meanwhile, the U.S. State Department said Washington was "happy to see an end to the violence" but "will be interested in learning more about the details and plans for implementation of this new arrangement."

The French media, however, said the Nagorno-Karabakh issue constituted yet another failure for pro-Armenian, anti-Turkish France following failures in Syria and Libya.

The French daily L'Opinion said Tuesday that the cease-fire agreement and joint declaration manifested a heavy defeat for Armenia.

Underlining Turkish support to Azerbaijan and constant communication between President Recep Tayyip Erdoğan and Russian President Vladimir Putin, the daily claimed the West, including France and the U.S., was excluded from the "diplomatic game."

"Azerbaijani superiority over Armenia became clear in the opening days of the armed clashes. The efficiency of Russian equipment against Turkish technology stayed rather limited," the daily noted.

Putin announced early Tuesday that the two former Soviet republics have signed a deal to end the conflict in Nagorno-Karabakh.

Azerbaijani President Ilham Aliyev has hailed the agreement as a victory for his country, saying Baku's military success has enabled it to gain an upper hand to end the three-decade occupation of its territory.

The deal sparked celebrations in Azerbaijan but fury in Armenia, where protesters took to the streets to denounce their leaders for losses in the territory, which broke from Azerbaijan's control during a war in the early 1990s.

Armenian Prime Minister Nikol Pashinian described the agreement as "unspeakably painful for me and for our people," and Aliyev said it amounted to a "capitulation" by Armenia.

The full text of the deal showed clear gains for Azerbaijan. Its forces will retain control over areas liberated in the fighting, including the key town of Shusha, while Armenia agreed to a timetable to withdraw from large parts of Nagorno-Karabakh.

The Turkish leadership has also welcomed the truce, terming it a "great victory" for Azerbaijan.

Relations between Azerbaijan and Armenia have remained tense since 1991, but fresh clashes broke out on Sept. 27.

Besides other towns and villages, Baku's liberation of the strategic city Shusha on Sunday had signaled that victory was imminent.

A Russian force of 1,960 military personnel and 90 armored personnel carriers will deploy to the region as peacekeepers, for a renewable five-year mission.