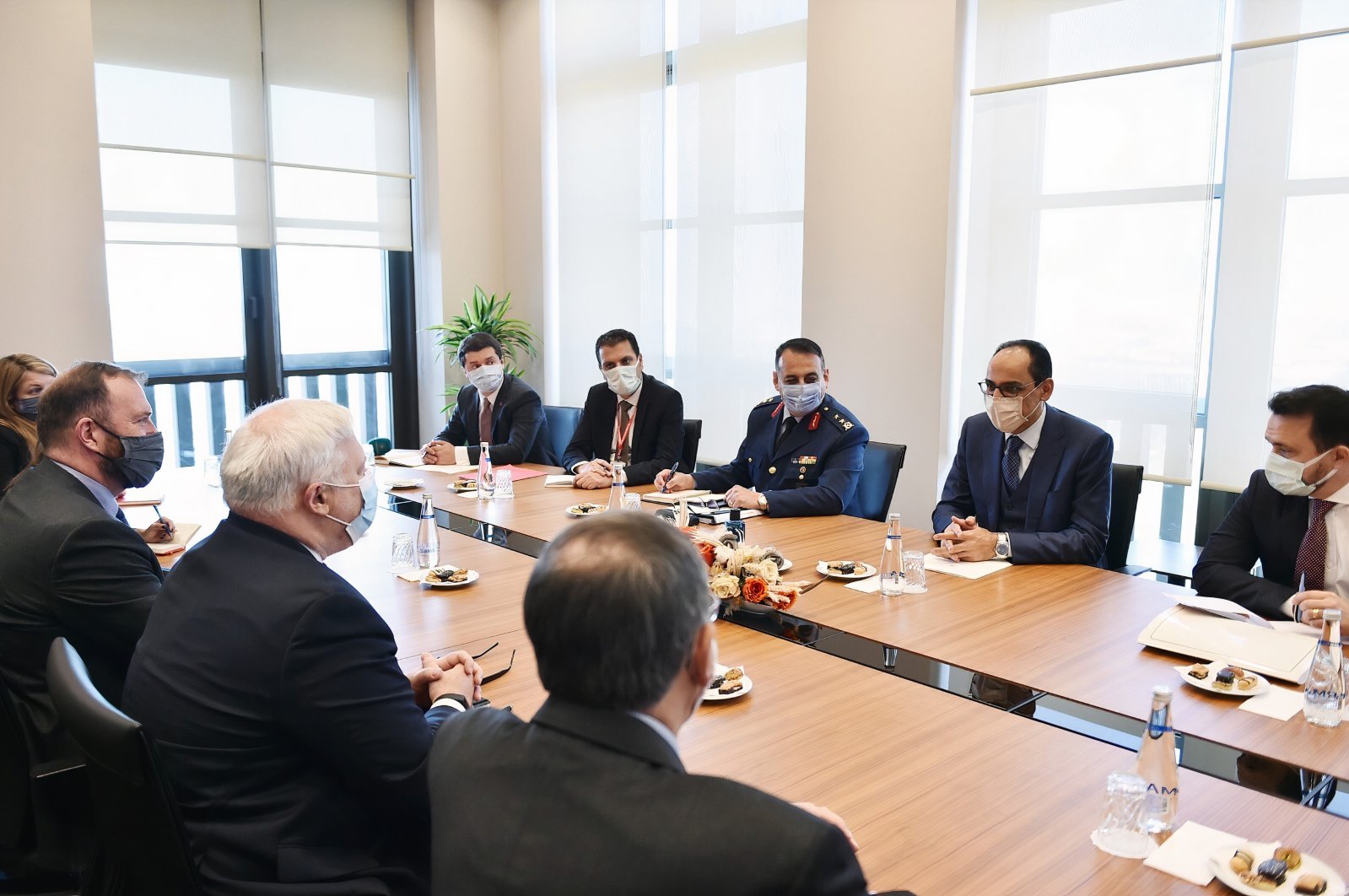 Presidential Spokesperson Ibrahim Kalın holds a meeting with U.S. special envoy to Syria Joel Rayburn and his delegation at the Beştepe Presidential Complex in the capital Ankara, Turkey, Dec. 2, 2020. (Courtesy of the Presidency)
by DAILY SABAH Dec 02, 2020 2:07 pm
RECOMMENDED

In a meeting with the new U.S. special envoy to Syria Joel Rayburn and his delegation at the Beştepe Presidential Complex, Kalın underlined Turkey’s determination in preserving the de-escalation situation despite the aggression and cease-fire violations by the Bashar Assad regime and its backers.

In March, a fragile truce was brokered between Moscow and Ankara in response to the months of fighting by the Russia-backed regime that launched military offensives in Idlib, the country's last major opposition stronghold, and displaced almost 1 million people from their homes. Most of the refugees sought shelter at camps close to the Turkish border, while others went to areas under the control of the Syrian opposition. Despite months of calms, the Russian-backed regime has intensified its attacks on the province in recent weeks.

While Turkey’s role in hindering a possible new crisis and a new migration wave were highlighted, the two sides also discussed the general situation of the Syrian crisis, the political process, the work of the constitutional committee and the migration issue.

Both sides agreed that the work of the constitutional committee must be supported and an atmosphere for free and just elections be created for permanent peace in the war-torn country despite the regime’s initiatives to slow down the political process.

The process is a central part of the United Nations' peace plan for Syria, which was defined by Security Council Resolution 2254, adopted in December 2015. The resolution also calls for U.N.-supervised elections.

It was also stated that all kinds of political, economic and military support for terrorist groups in Syria were unacceptable. Kalın told the U.S. delegation that separatist elements, which could endanger Syria’s territorial integrity and political unity, must not be involved in the political process that will shape the country’s future. He stressed the necessity of jointly fighting all terrorist organizations including Daesh, the PKK, and its Syrian wing, the YPG.

Rayburn stepped into the role of U.S. special representative for Syria engagement after the former representative, U.S. Ambassador James Jeffrey, retired in November.