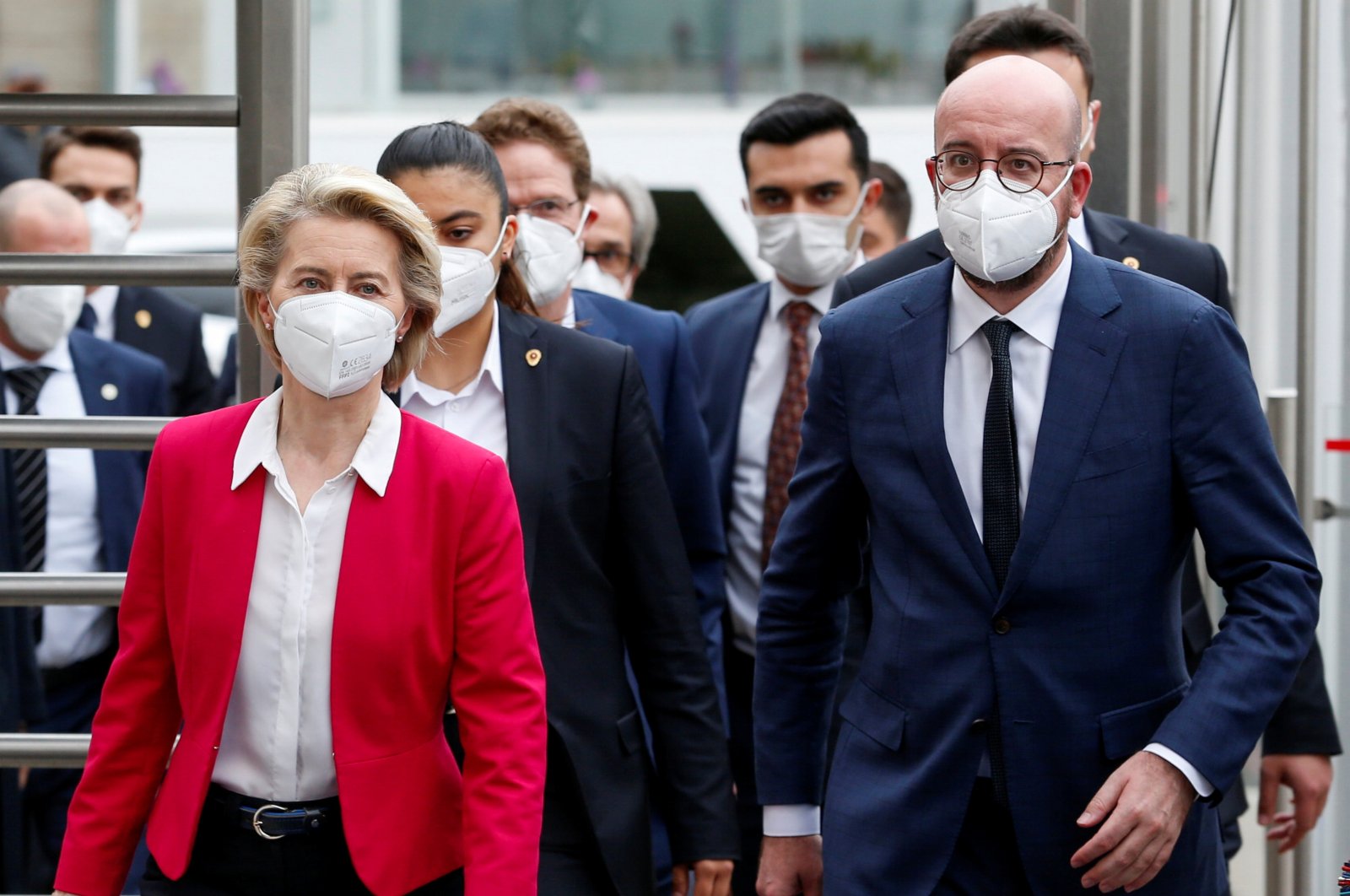 The seating snafu during the visit of prominent European Union politicians to Turkey was due to the bad relations between European Council head Charles Michel and European Commission chief Ursula von der Leyen, German and French media outlets reported.

According to one of the articles in the German weekly Der Speigel, von der Leyen was "duped" in the Tuesday visit to the Turkish capital Ankara, when she was briefly left standing before she took a seat on a sofa, while Michel and President Recep Tayyip Erdoğan sat in separate chairs.

The article, titled "How the EU is making a fool of itself on the world stage," laid the fault with Michel, rather than the EU's Turkish hosts, who have repeatedly underlined that they had prepared seating arrangements in line with the wishes of EU protocol teams.

Receiving considerable media attention, the "scenes of a bizarre power struggle" between Michel and von der Leyen amounted to a fiasco, according to the article.

It emphasized that there had been significant discord between the two EU leaders for months with Michael reportedly demanding a greater role than being limited to hosting EU summits and von der Leyen pushing to take the helm of a geopolitical commission to overshadow the world with its trade and regulatory power.

Another point in the article was that von der Leyen's protocol team had not come to Ankara due to the COVID-19 pandemic, while Michel's were in the capital and making the seating adjustments with Turkish officials ahead of the meeting.

It also cited a photo released by Michel's team following the latest EU leaders summit held online last month. The image showed the heads of government and state of the bloc's 27 members alongside Michel, four times as large as the others – with von der Leyen not included.

Earlier, the two EU parties had come together at a working dinner in Ankara prior to the seating issue, with more protocol tensions averted thanks to the officials at the Presidential Complex.

When one of von der Leyen's consultants noticed before the dinner that the seats of Michel and Erdoğan were noticeably higher than the rest, the protocol staff at the Presidential Complex quickly swapped the European Commission head's chair for a larger one.

Separately, an article in the French newspaper L'Opinion said Turkey was a "victim" in the quarrel between the EU heavyweights.

The reality of the affair was far different than media outlets and political circles "hostile to Ankara" made it appear, according to the daily, With Turkey representing "collateral victims of the small quarrels in Brussels."

It noted that, amid several months of signs of improving ties, Ankara's interests were in rapprochement with the EU, and that Michel and von der Leyen, on the other hand, were at deepening political loggerheads.

Though courtesy and diplomatic behavior would have dictated Michel remain standing until an additional chair arrived for von der Leyen, he instead "remained quietly seated," the daily added.

The report also cited remarks by Foreign Minister Mevlüt Çavuşoğlu following the event, in which he said the EU side's "requests were fulfilled."

"I would like to state that the EU's requests were satisfied and fulfilled. This was their wish," Çavuşoğlu had stressed on Thursday. L'Opinion noted that there had been no denial in Brussels.

Arnaud Danjean, a member of the European Parliament from the center-right Republican Party (LR) in France, whose views were featured in the report, said: "Their relationships have been hateful from day one! The Turkish episode is only the most visible incident, but there are almost daily incidents between them and their teams. Protocol, communication, attributions... It's a permanent fight."

The European Commission holds that von der Leyen should be treated as Michel's equivalent in the protocol.

Michel told German media that he is suffering from bad nights due to his embarrassment over the seating arrangement incident.