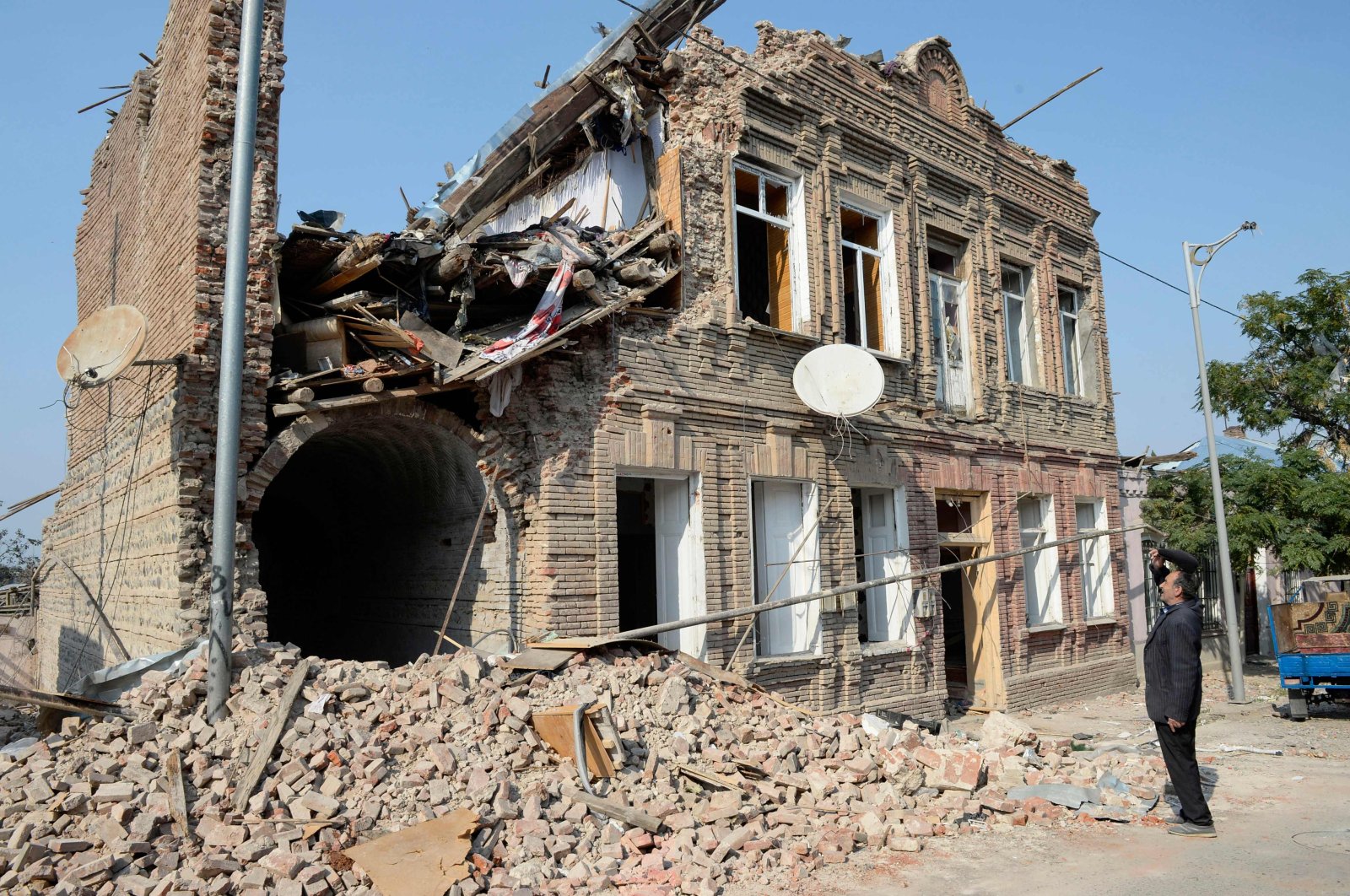 Local man looks at a residential building damaged by shelling during the ongoing military conflict between Armenia and Azerbaijan over the occupied region of Nagorno-Karabakh, in the city of Ganja, Azerbaijan, on Oct. 27, 2020. (AFP)
by Anadolu Agency
Oct 27, 2020 8:13 pm

Iran has prepared a proposal for a permanent solution to the Nagorno-Karabakh conflict, Iranian top diplomat said Tuesday.

Foreign Minister Javad Zarif told state television that his deputy, Seyed Abbas Araghchi, will visit Baku and Yerevan in coming days to present the plan to Azerbaijani and Armenian authorities.

Armenia must respect the territorial integrity of Azerbaijan, according to Zarif, who said the conflict must be resolved through peaceful diplomatic means.

Four U.N. Security Council resolutions and two by the U.N. General Assembly, as well as international organizations, demand the "immediate complete and unconditional withdrawal of the occupying forces" from the occupied Azerbaijani territory.