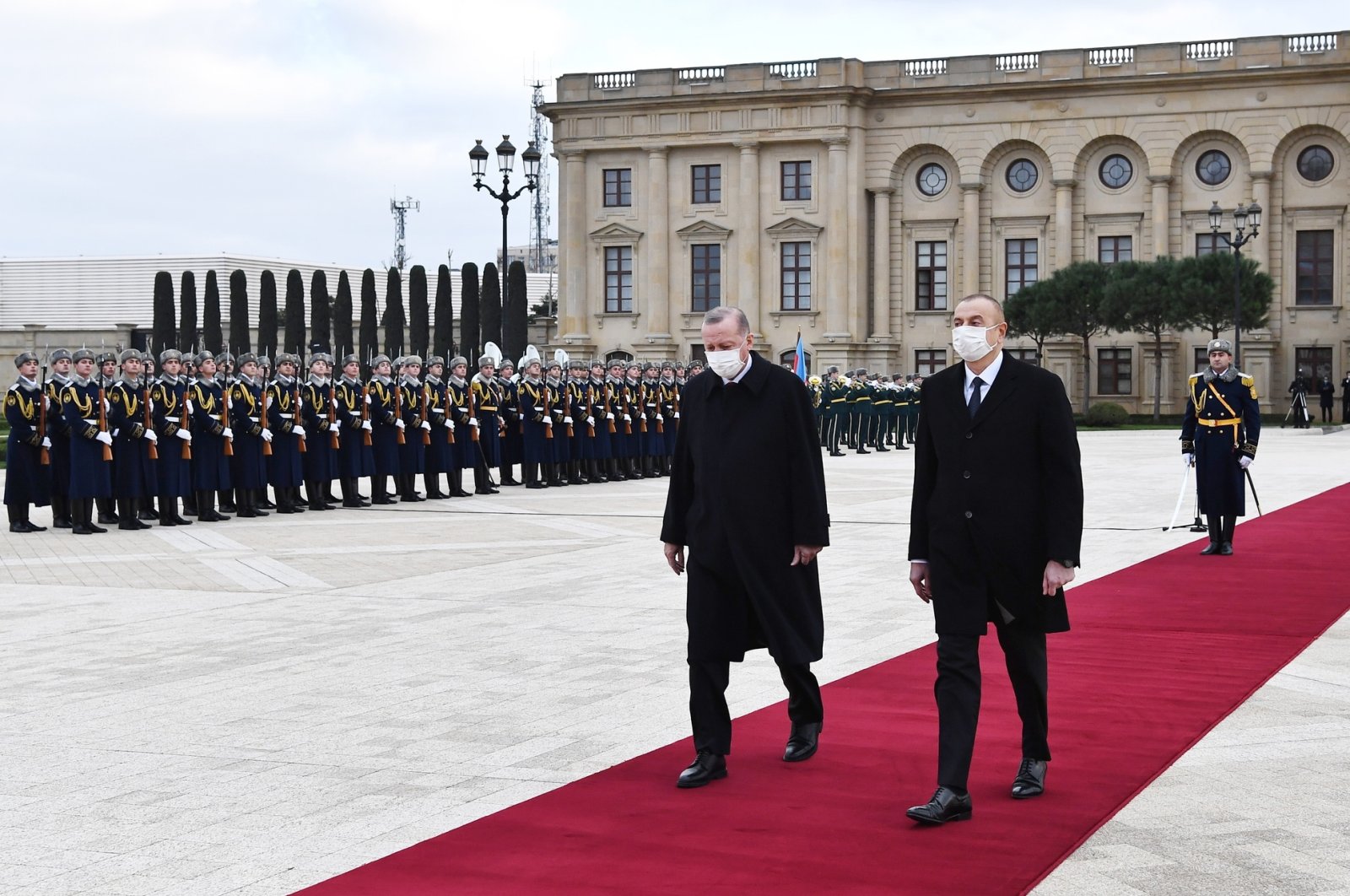 Iranian politicians and academicians on Wednesday criticized some local authorities and media outlets for their unfair statements against President Recep Tayyip Erdoğan over the recital of a poem during his visit to Azerbaijan last week, in which they accused the president of supporting the secession of ethnic Azerbaijani parts of Iran.

In a later phone call with Zarif, Foreign Minister Mevlüt Çavuşoğlu said the poem was about Karabakh and that during his remarks, Erdoğan never mentioned Iran, not even implicitly.

"There is no way that Erdoğan could have intended to insult Iran's territorial integrity," Iranian President Hassan Rouhani said Monday in a news conference, adding, "based on my past knowledge of Mr. Erdoğan, it is very unlikely that he had any intention of insulting our territorial integrity or insulting the Iranian people."

"Zarif and some others in the country thought that the poem was read by separatists, or it had a political purpose, but this was not the case," Rahman Kahramanpur, an Iranian expert on international relations, said in an interview with Persian-language daily Aftab-e Yazd.

Kahramanpur said Zarif should have researched the issue and asked his counterpart in Turkey before reacting.

Iranian political expert Ali Efshari said Tehran's attitude should not harm the essence of the relations between the two countries.

Underlining that Erdoğan's remarks did not include any message of separatism, Efshari said: "Iranian Azerbaijanis are our citizens and constitute an important part of our society. They should not be hurt when reacting to an issue."

"The chauvinism and racist attitude shown by some Iranian authorities are politically and morally wrong," Efshari added.

Iran's former Ambassador to Baku Afshar Soleimani told the Ensafnews website that it is unlikely that Erdoğan was following Ottoman-era policies or seeking to divide Iran.