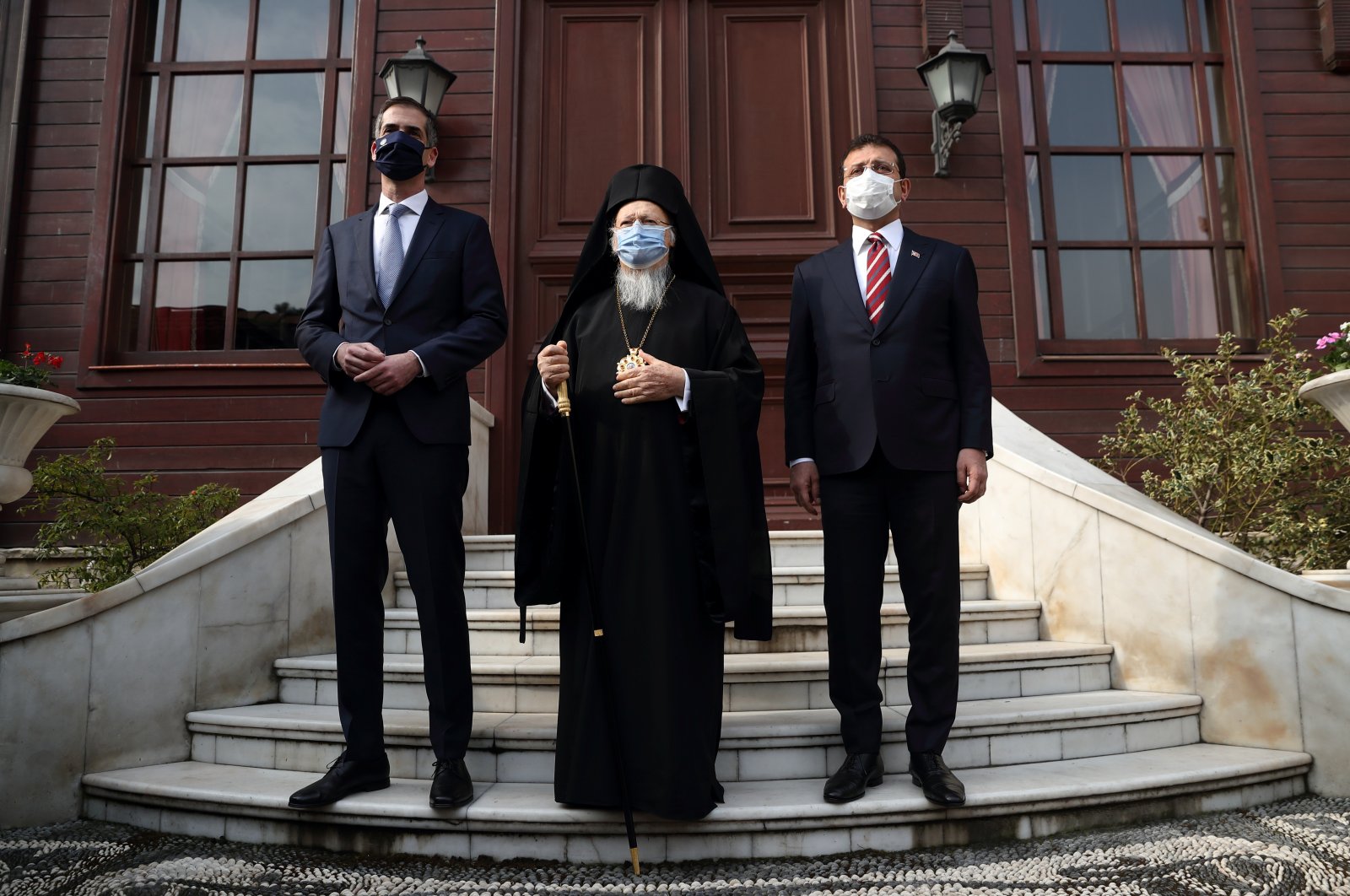 The mayors of the Greek capital Athens and Turkey's cultural and economic capital Istanbul paid a joint visit to the Greek Orthodox Patriarchate on Friday as part of the former's visit to the 15-million strong megapolis.

Kostas Bakoyannis was accompanied by Istanbul Metropolitan Mayor (IBB) Ekrem Imamoğlu as the mayors met with Patriarch Bartholomew at the patriarchate compound in the city's historic Fener quarter.

The two mayors are expected to hold a meeting at the IBB headquarters in the Saraçhane quarters, which will be followed by a joint trip to historic sites of Istanbul.

The Athenian mayor's visit coincides with a ceremony to appoint the new Metropolitan of Chalcedon – or currently known as the Asian district of Kadıköy – who ranks second in the Holy Synod of the Patriarchate hierarchy.

The former Metropolitan, Athanasios Papas (85), was recently removed from duty over his alleged disobedience and disrespect to Patriarch Bartholomew, the spiritual leader of some 300 million Orthodox Christians worldwide, and the rules of the patriarchate.

Turkish media outlets reported that Papas had close ties with Bartholomew's adversaries, including former Karavriton Metropolitan Amvrosios who was reported to hold racist views and repeatedly publicly insulted Bartholomew. The former metropolitan, a native of Kadıköy, was also implied for having relations with figures close to the Patriarch Kirill of the Russian Orthodox Church, which is at odds with Fener over the latter's support for a breakaway church in Ukraine.

The Holy Synod decided to appoint the Metropolitan of France, Emanuil Adamakis (68), instead.

The visit also comes at a time when the tensions between the two NATO allies are strained over Ankara's reactions to Athens' claims in the Eastern Mediterranean and efforts to form a joint energy initiative with Israel, Egypt and the Greek Cypriot administration.

Bakoyannis is the nephew of incumbent Greek Prime Minister Kyriakos Mitsotakis and the son of Dora Bakoyannis (nee Mitsotakis), the former Greek foreign minister and the mayor of Athens.