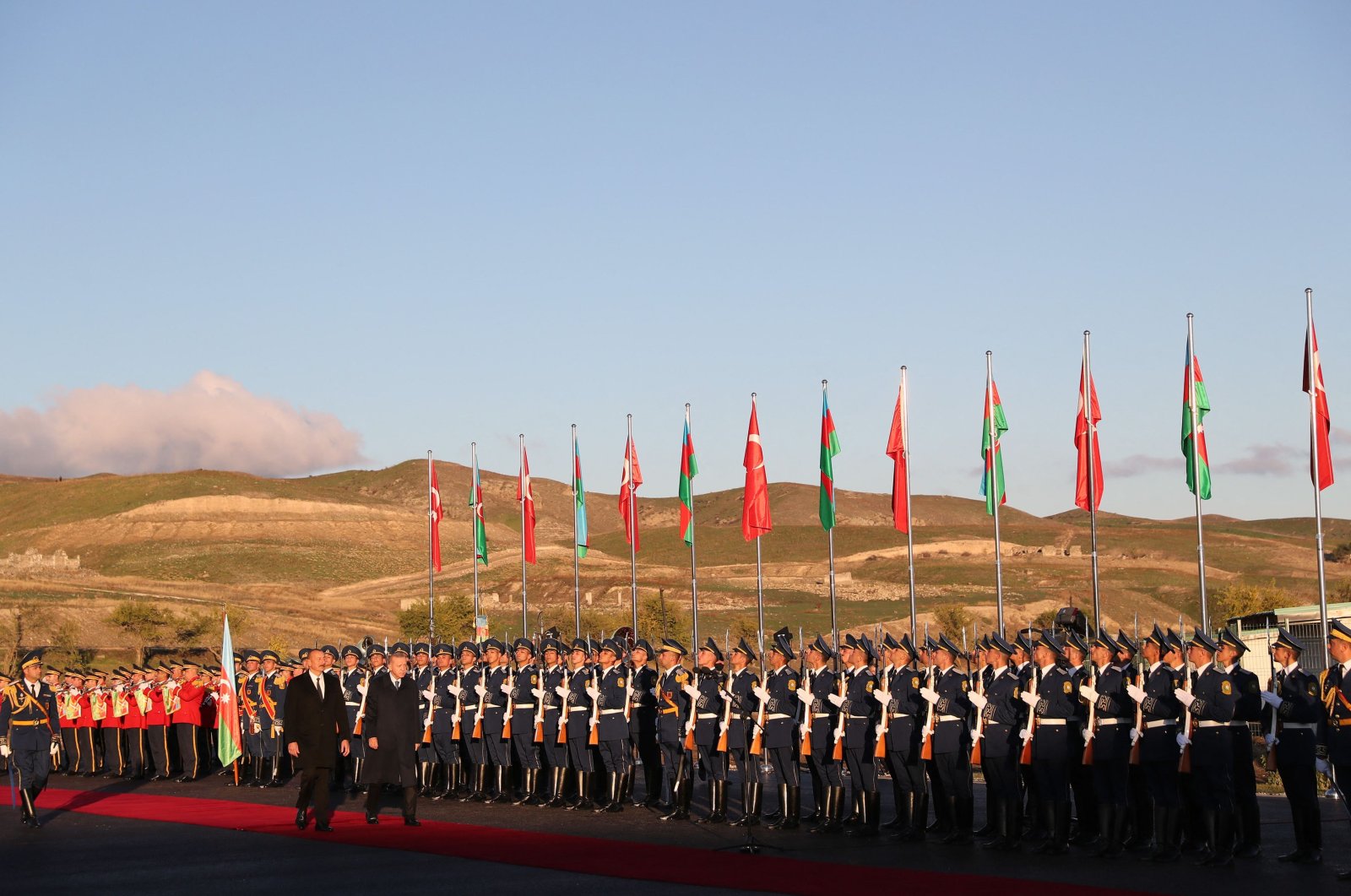 Azerbaijan’s victory in regaining its territories in Nagorno-Karabakh from Armenian occupation, opened the way for permanent peace, stability and cooperation in the South Caucasus, the Turkish Foreign Ministry said Monday.

The ministry in a written statement celebrated the liberation of the historical and cultural capital Shusha on Nov. 8 last year after a 44-day conflict with Armenia.

“Azerbaijan, which used its right of self-defense to regain its territories under occupation, has affirmed its victory on the table with the trilateral statement signed on Nov. 9 and has implemented the United Nations Security Council decisions, which had not been applied for years, with its own will,” it said.

The ministry also noted that with the victory, the 1 million people that had been displaced could now return to their home.

It said that projects changing the face of the region such as the Fuzuli International Airport are a sign of Azerbaijan’s constructive power.

The ministry further said that it shares the pleasure with Azerbaijan of having elevated bilateral relations to the level of allies with the Shusha Declaration.

“Our solidarity with Azerbaijan will continue forever,” it said.

Under the declaration, signed in the city of Shusha in Nagorno-Karabakh, Ankara and Baku declared the expansion and deepening of Turkish-Azerbaijani relations in all aspects.

"With the Shusha Declaration, we drew up a road map of our relations for the new era," President Recep Tayyip Erdoğan had said during the signing.

Relations between the former Soviet republics of Azerbaijan and Armenia have been tense since 1991 when the Armenian military occupied Nagorno-Karabakh, a territory internationally recognized as part of Azerbaijan, and seven adjacent regions. When new clashes erupted Sept. 27 last year, the Armenian army launched attacks on civilians and Azerbaijani forces, violating several humanitarian cease-fire agreements after the clashes erupted.

During the 44-day conflict, Azerbaijan liberated several cities and nearly 300 settlements and villages. On Nov. 10, 2020, the two countries signed a Russia-brokered agreement to end the fighting and work toward a comprehensive resolution.