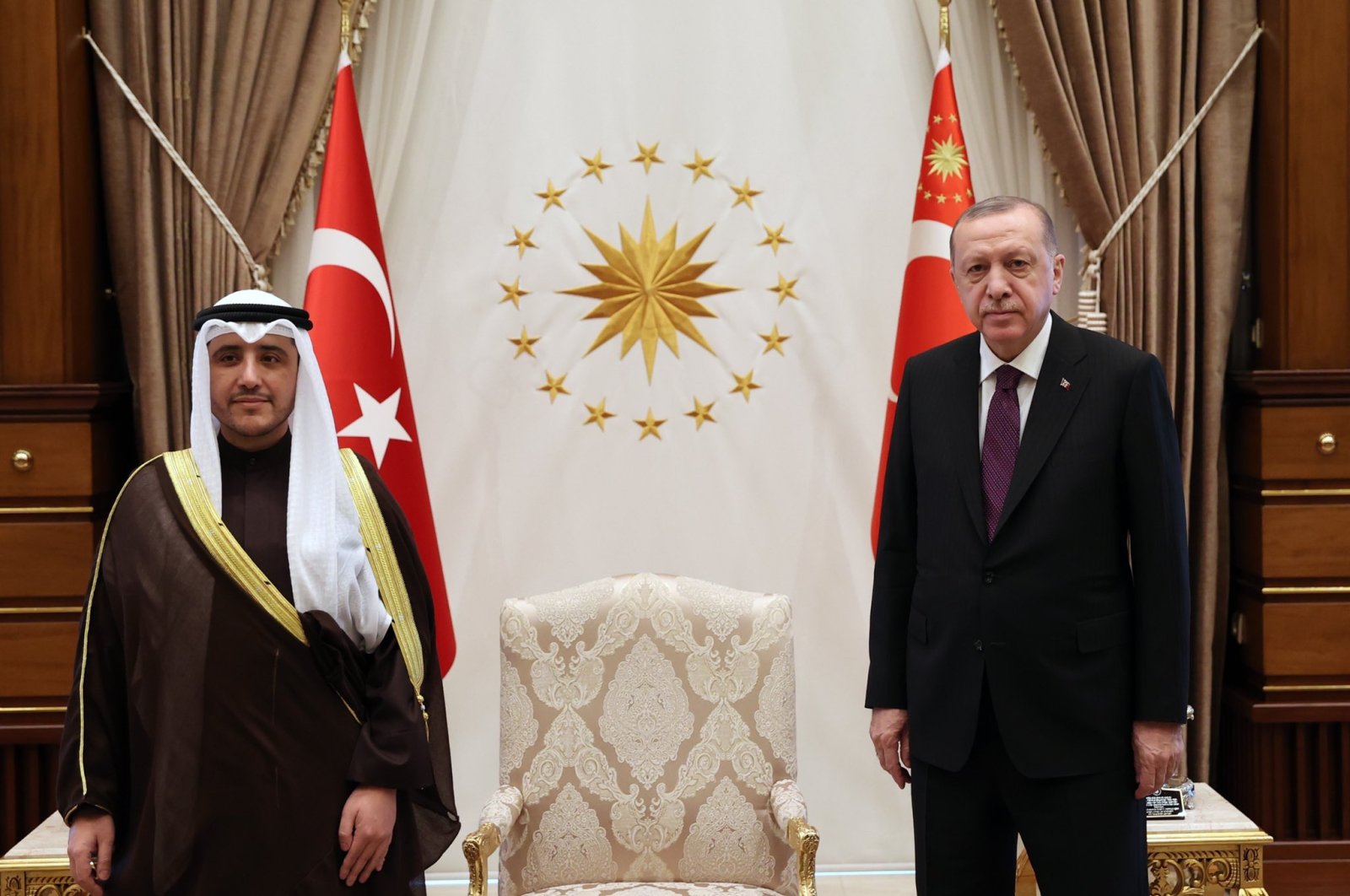 Kuwait's ruler has reaffirmed his country's determination to enhance ties with Ankara in a letter he sent to Turkey's President Recep Tayyip Erdoğan, Kuwaiti media reported on Friday.

The letter was delivered by Kuwait's Foreign Minister Sheikh Ahmad Nasser al-Sabah during his meeting with Erdoğan in the Turkish capital on Thursday, according to the Kuwait News Agency (KUNA).

The message from Sheikh Sabah Al Ahmad Al Sabah conveyed Kuwait's commitment to "close relations between the two friendly countries and means of boosting these ties in various spheres, as well as issues of common concern," the report said.

Before meeting President Erdoğan, the Kuwaiti foreign minister and his Turkish counterpart Mevlüt Çavuşoğlu co-chaired a meeting of the Turkey-Kuwait Joint Committee for Cooperation in Ankara on Thursday.

"Our goal is to come together more regularly in a way that reflects our relations, to use the mechanisms effectively, and to deepen relations," Çavuşoğlu said at a news conference after the meeting.

The two sides agreed to boost cooperation in defense and military affairs, culture, education, and health, according to the Turkish official.

He also hailed Kuwait's role as a mediator in regional affairs, especially in the normalization of relations between Gulf countries.

Al-Sabah said Turkey and Kuwait "have consensus on regional issues and international problems because we are trying to find a political solution to those issues."