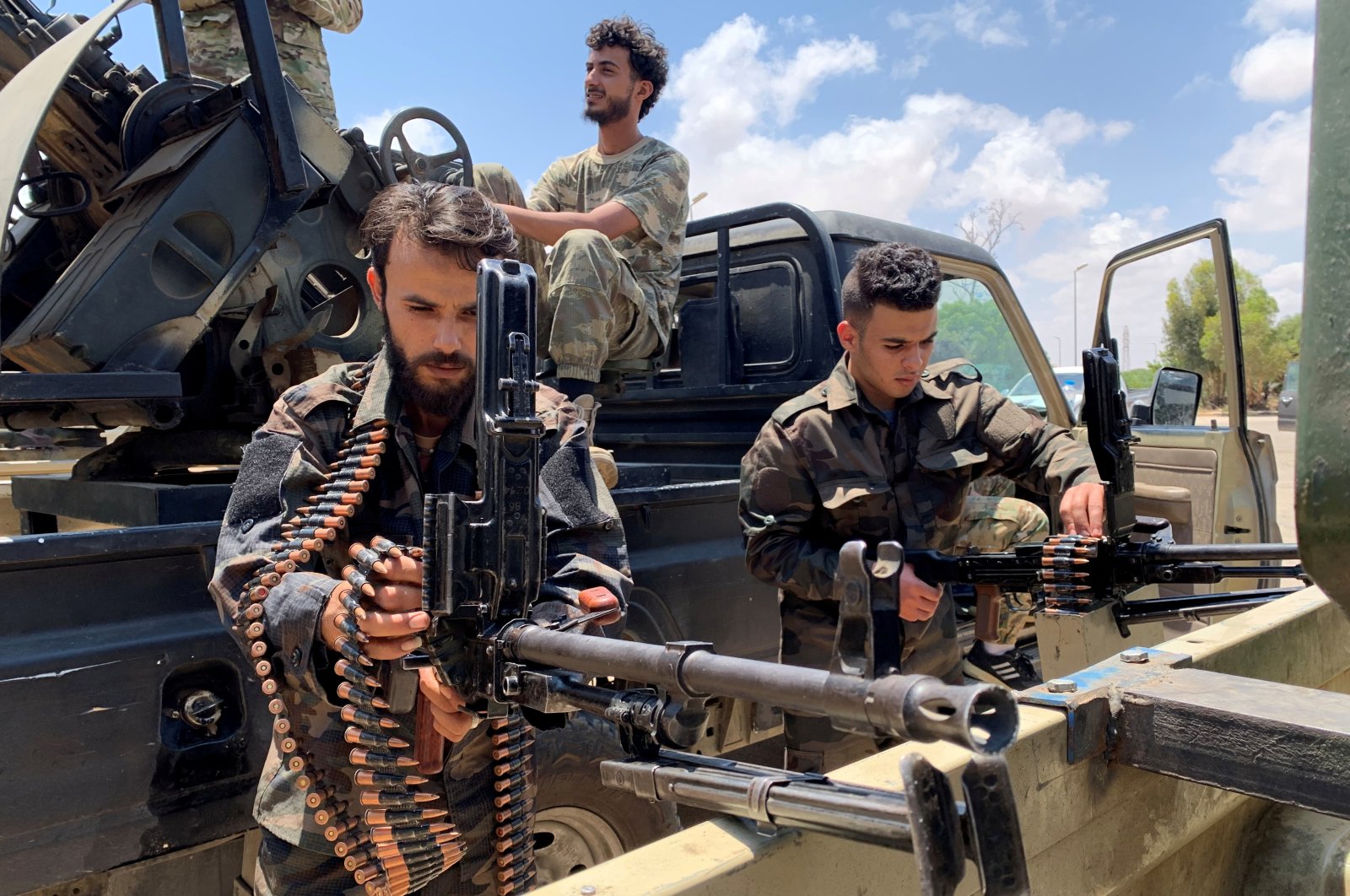 The Libyan army is skeptical of the peace process following the recent cease-fire deal made between parties in Geneva last week, the army spokesperson said on Sunday.

"We don't trust the success of any peace process that treats the criminal and the victim the same," Mohammed Gununu said in a video shared on his Twitter account on the anniversary of Libya's liberation from the late dictator Moammar Gadhafi.

Ganunu pointed at the fact that the cease-fire does not require the war criminal putschist Gen. Khalifa Haftar to be held responsible for his crimes.

The spokesperson reminded that Haftar forces have committed every war crime imaginable, noting the mass graves filled with bodies of women and children as an example.

"We don't trust their deals, promises and words that they keep violating," he continued.

“We don’t trust Haftar militias’ ability to force over 5,000 mercenaries from Russian Wagner, Syria, Sudan and Chad out of Libya. In fact, Wagner mercenaries are now setting up military camps and fortifications in Sirte and Jufra.” Gununu said.

He also called on the United Nations to send U.N. monitoring teams to Sirte and Jufra to be sure of the withdrawal of the foreign mercenaries.

Libya's two rival factions signed a "permanent" cease-fire agreement Friday after five days of talks at the U.N. headquarters in Geneva, which hailed the move as a moment that will go down in history.

"Today is a good day for the Libyan people," said Stephanie Williams, the U.N.'s envoy to the troubled North African country, where the U.N.-recognized Government of National Accord (GNA) in Tripoli has been battling a rival administration based in the east and dominated by Haftar.

The breakthrough was announced on Friday at a signing ceremony that was streamed live on the U.N. Support Mission in Libya (UNSMIL) Facebook page.

"The 5+5 Joint Military Commission talks in Geneva today culminate in a historic achievement as Libyan teams reach a permanent cease-fire agreement across Libya," it said.

"This achievement is an important turning point toward peace and stability in Libya."

Libya for nearly a decade has been dominated by armed groups, riven with local conflicts and divided between the two bitterly opposed administrations. But hopes for a solution have risen after the two warring factions in August separately announced they would cease hostilities. However, both sides continue to accuse each other of supporting "terrorist" groups.

The U.N.-sponsored talks took place in the format of a 5+5 Joint Military Commission with five delegates from each side attending. Delegates, wearing masks, stood before signing the agreement documents at the U.N. Palais des Nations in Geneva.

Erdoğan said he hoped that all sides in the Libya conflict will abide by the signed cease-fire, but "its reliability does not seem too achievable to me."

"The truce deal in Libya is not one conducted on the highest level. Time will tell how lasting it will be as it was on a lower level," he said.

Haftar, mainly supported by Russia, the United Arab Emirates (UAE) and Egypt, launched an offensive on Tripoli in April 2019 but was pushed back early this year as pro-GNA forces received crucial support from Turkey.