Libyan rivals agree on need for 'compromise' at Morocco talks 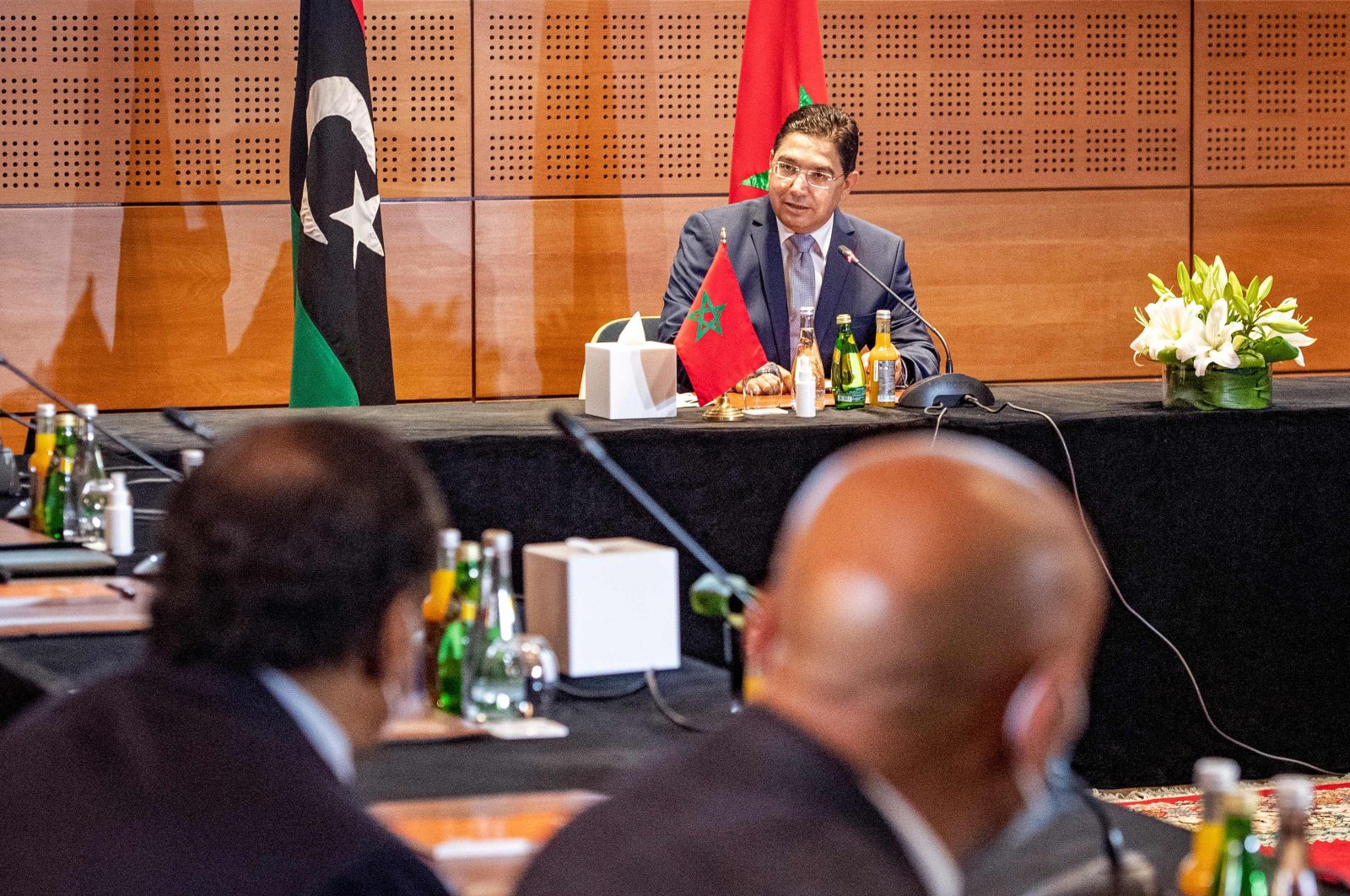 Nasser Bourita (C), Morocco's Minister of Foreign Affairs and International Cooperation, chairs a meeting of representatives of Libya's rival administrations in the coastal town of Bouznika, south of Rabat, on Sept. 6, 2020. (AFP Photo)
by DAILY SABAH Sep 09, 2020 10:50 am
Edited By Sinan Öztürk
RECOMMENDED

The Libyan talks, hosted by its North African neighbor Morocco, between two rival administrations have led to agreement on the need for compromise, Morocco's MAP news agency reported Tuesday.

The meeting was held at the initiative of Rabat, which had hosted peace talks in 2015 that led to the creation of a United Nations-recognised government for Libya.

The talks came after the two sides announced a surprise cease-fire last month.

MAP, citing a joint statement at the end of the meetings, said the parties had agreed to work to eradicate corruption and the abuse of public funds in the chaos-strewn country and to end its institutional divisions.

They had made "important compromises," it said, without giving any specifics.

"The two parties hope to secure positive and concrete results that will clear the way to achieve the process of a comprehensive political settlement," it added.

Abdessalam al-Safraoui, heading the team from Tripoli, said Monday that the dialogue in the coastal town of Bouznika, south of Rabat, was focused on appointments at the top of Libya's key institutions.

Dubbed the "Libyan Dialogue," the talks that opened Sunday brought together five members of the Tripoli-based Government of National Accord (GNA) and five from a parliament headquartered in the eastern city of Tobruk and supportive of putschist Gen. Khalifa Haftar.

Turkey also praised Morocco's "constructive attitude" toward solving the Libyan crisis and said it was closely following the talks Monday.

From the beginning, Turkey has also pushed for a political process, in line with U.N. Security Council resolutions implemented and embraced by Libyans, the Turkish Foreign Ministry said.

"We trust that the latest initiative by Morocco will have a positive impact on the United Nations facilitation of the Libyan owned and Libyan-led political dialogue," U.N. Secretary-General Antonio Guterres' spokesman said Monday.

Libya has endured almost a decade of violent chaos since the 2011 NATO-backed uprising that toppled and killed veteran dictator Moammar Gadhafi.

The crisis worsened last year when warlord Haftar, who is supported by Egypt, France, the United Arab Emirates and Russia, launched an offensive to seize Tripoli from the GNA.

Haftar was beaten back earlier this year by GNA forces and fighting has now stalled around the Mediterranean city of Sirte, the gateway to Libya's eastern oil fields and export terminals.

On Aug. 22, the rival administrations announced separately that they would cease all hostilities and hold nationwide elections, moves welcomed by the international community.