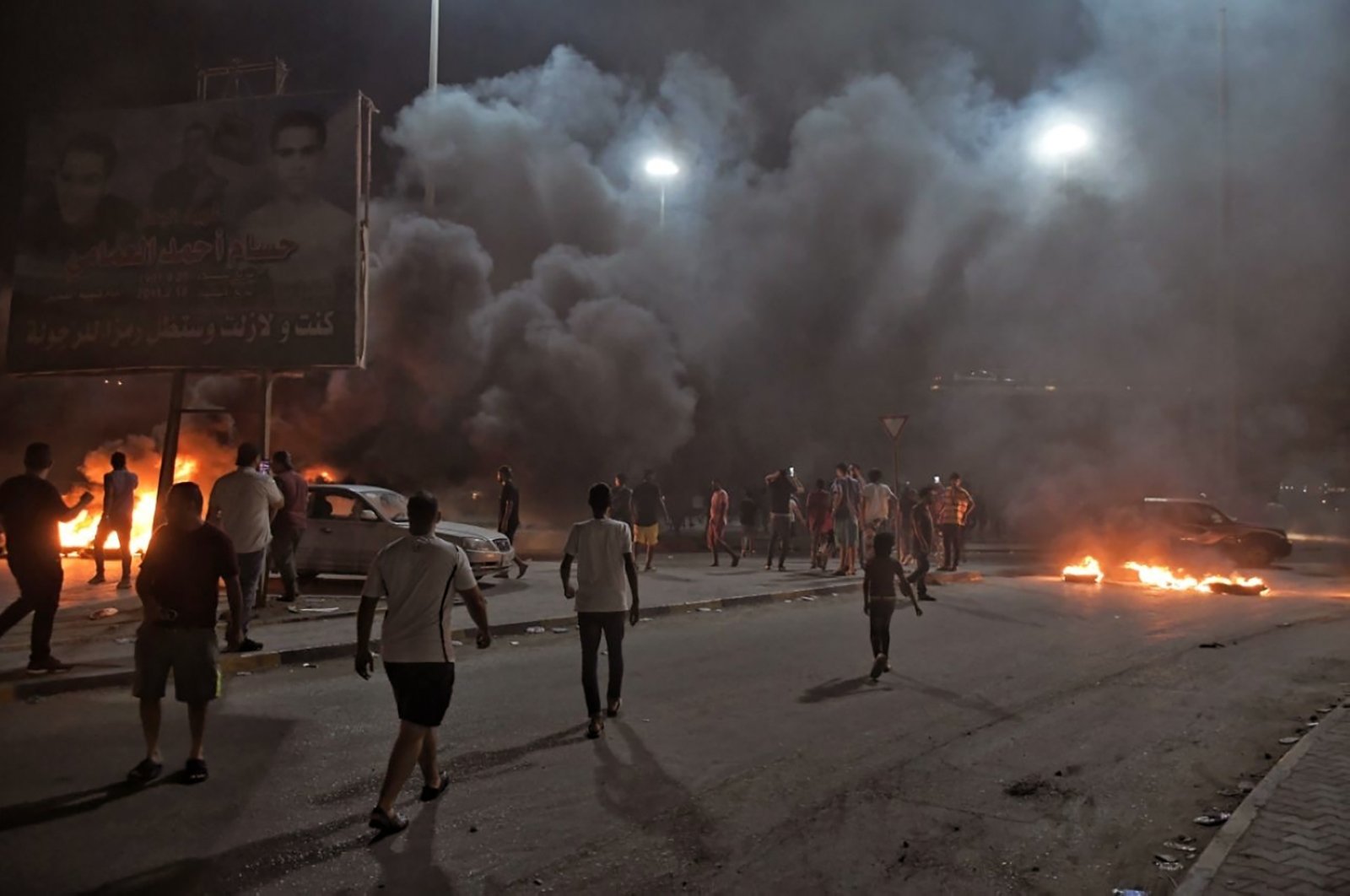 Libya's eastern-based government aligned with putschist Gen. Khalifa Haftar resigned late Sunday amid rising protests in a number of cities over deteriorating living conditions and corruption, the Tobruk-based parliament announced on its website.

Abdullah al-Thani, the head of the government, which is not recognized internationally, submitted its resignation to the speaker of the Tobruk-based House of Representatives, Aguila Saleh, during an urgent meeting in which they discussed the protesters' demands.

Abdallah Abaihig, a spokesperson for the parliament, confirmed the government's resignation, saying lawmakers would review it in their next meeting. No date has been set for the session.

Hundreds of young Libyans flooded the streets of Benghazi and other eastern cities in the past couple of days in a spontaneous outburst of anger over the area’s crippling electricity shortages.

Protesters in eastern Libya set piles of tires ablaze and blocked traffic on several major roads. On Saturday, protesters attempted to storm a security headquarters in the eastern town of Marj.

Another local media report claimed that five people were injured in Benghazi, Bayda and Marj due to attacks by Haftar's militias.

The United Nations Support Mission in Libya (UNSMIL) also said at least one civilian was reportedly killed and three others were wounded.

It called for “a thorough and immediate” investigation into “the reported excessive use of force against peaceful demonstrations” and the speedy release of a number of detained protesters.

The recent demonstrations across Libya were “motivated by deep-seated frustrations about sustained poor living conditions, shortages of electricity and water, rampant corruption, misgovernance and a lack of service provision throughout the country,” the UNSMIL said.

The U.N. mission said the protests underscore “the urgent need to lift the oil blockade” and the return to a “full and inclusive” political process to end Libya’s yearslong conflict.

Powerful tribes in eastern Libya loyal to Haftar closed oil export terminals and choked off major pipelines at the start of the year to pressure the Tripoli-based government.

The U.S. Embassy in Libya said Haftar agreed to reopen oil fields and terminals no later than Saturday.

The legitimate Government of National Accord (GNA) in Libya was founded in 2015 under a U.N.-led agreement, but efforts for a long-term political settlement failed due to a military offensive by forces loyal to Haftar.

The United Nations recognizes the government headed by Prime Minister Fayez Sarraj as the country's legitimate authority as Tripoli has battled Haftar's militias since April 2019 in a conflict that has claimed thousands of lives.

Fighting has died down in recent weeks amid intensive international efforts, including from the United States, to establish a lasting cease-fire and avert a battle over the strategic city of Sirte, the gateway for vital oil facilities.

Meanwhile, according to Libya's internationally recognized government's Defense Minister Salah Eddine al-Namrush, Saleh has no authority in the field; rather, Haftar holds all of the power.

Noting that the current cease-fire was brokered by Saleh and Haftar only later agreed to it, al-Namrush in comments Sunday to the Libya al-Ahrar news channel said that Haftar cannot be trusted.

Commenting on the latest situation in Libya, Turkish Foreign Minister Mevlüt Çavuşoğlu on Monday said the international community owes Turkey for its role in bringing relative stability to the country.

Saying that the civil war in Libya has balanced out before it could turn into an armed conflict in the streets, Çavuşoğlu added that the violence could have continued for decades and millions of people could have been killed.

The foreign minister reiterated that Turkey’s aim in the North African country is to provide permanent peace and a political solution, adding that the announced cease-fire between the rival sides is important.

Referring to the recent meeting between Sarraj and French authorities, Çavuşoğlu also underlined that Ankara will not be disturbed by closer relations between the GNA and Paris, but by France’s support to Haftar’s illegitimate forces and provocative actions against Turkey.