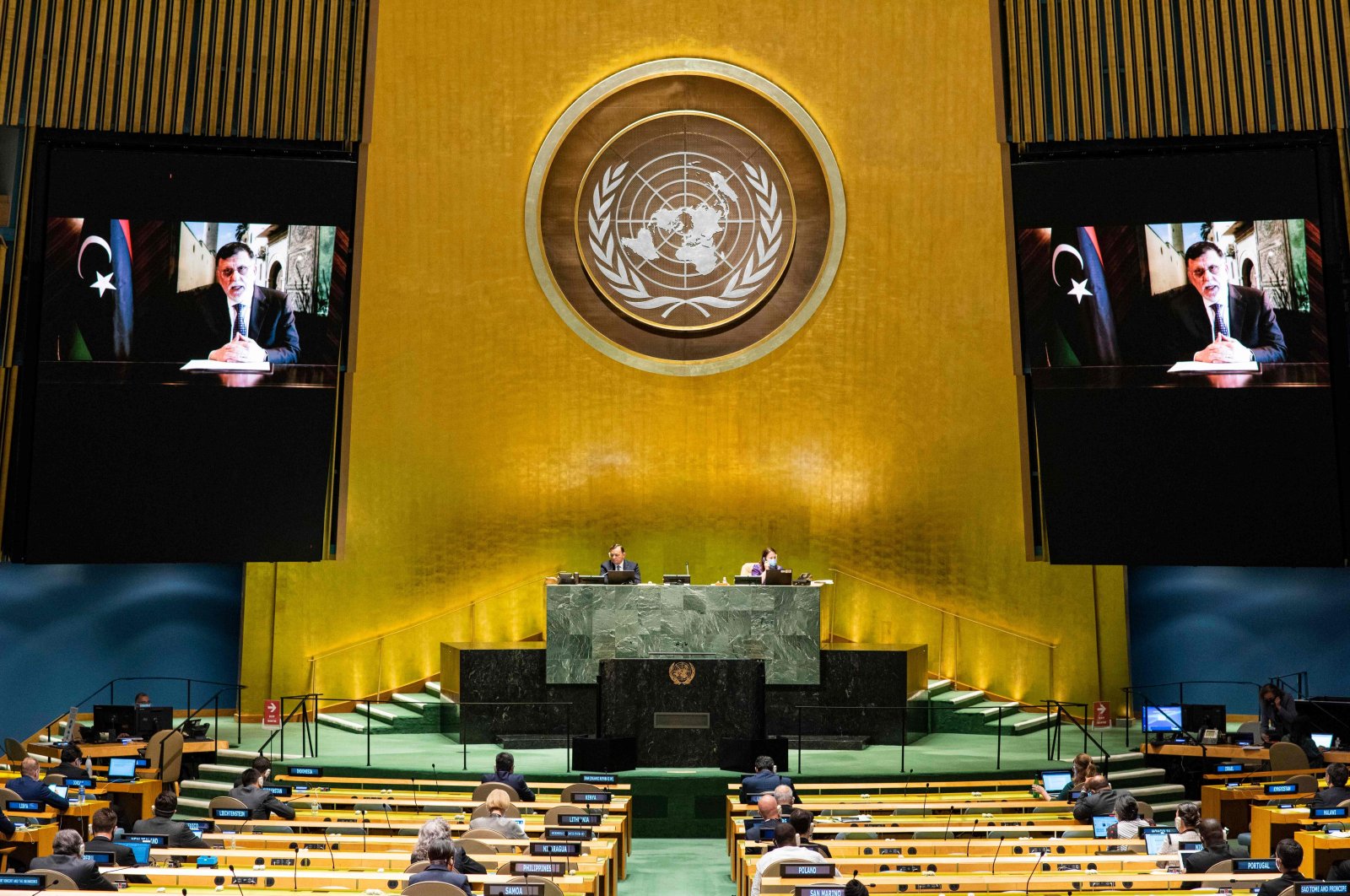 The United Nations says talks between Libyan rivals in Egypt have concluded with preliminary agreements to exchange prisoners and open up air and land transit across the country's divided territory.

The face-to-face military talks, which started Monday in Egypt's Red Sea resort of Hurghada, came amid international pressure on both sides of the war and their foreign backers to avert an escalation.

The U.N. support mission in Libya said in a written statement that the two days of talks, conducted in "a spirit of responsibility, transparency and mutual trust," had resulted in progress on several of the lingering issues between the war's two parties.

It said that both sides agreed they should take steps to ensure the release of all prisoners taken amid military operations sometime next month. Another point was that both sides would expedite the opening of transit links across their respective territories.

The outcomes of the negotiations will be mainstreamed into U.N.-brokered military talks which should be held in the coming week, the U.N. mission said.

The two sides also agreed that the protection of the country's oil and gas facilities, which are largely under the control of forces backing putschist Gen. Khalifa Haftar in the country's eastern region, should be a priority in the coming talks, in order for production and export to resume fully.

Haftar's forces launched an offensive in April 2019 to try to capture the capital Tripoli, the seat of the U.N.-supported Government of National Accord (GNA) in the west. But his campaign collapsed in June when Tripoli-based government forces, with heavy Turkish support, gained the upper hand, driving his forces from the outskirts of the city and other western towns.

Haftar is mainly supported by Egypt, the United Arab Emirates (UAE) and Russia. The GNA has backing from Turkey, as well as from the wealthy Gulf state of Qatar.

Fighting has died down in recent months, but both sides were preparing for a possible battle over Sirte, the gateway to Libya's major oil fields and export terminals, which is controlled by Haftar.

As control over oil resources is one of the main reasons for the country's conflict, it was reported that the Sarir oil field has restarted production, the head of the company that operates it said Tuesday, after Haftar forces lifted an eight-month blockade on energy facilities.

However, AGOCO chairman Mohamed Shatwan did not put any figures on initial output levels at Sarir, which was producing more than 300,000 barrels per day (bpd) last year.

National Oil Corporation (NOC) lifted force majeure on output and exports from some facilities this month while keeping restrictions on those where it said fighters remained.

The blockade by Haftar forces has cost about $10 billion in lost revenue, NOC and the Tripoli-based Central Bank of Libya have said.

Haftar this month announced a lifting of the blockade for a month but did not commit to pulling forces from energy facilities, which NOC says is needed to ensure their safety.

Exports have restarted and some fields have begun pumping again, though NOC has said it will take a long time to restore output to pre-blockade levels because of damage to fields. Sirte Oil Co. output has reached 60,000 bpd, it said in a statement posted online Tuesday.