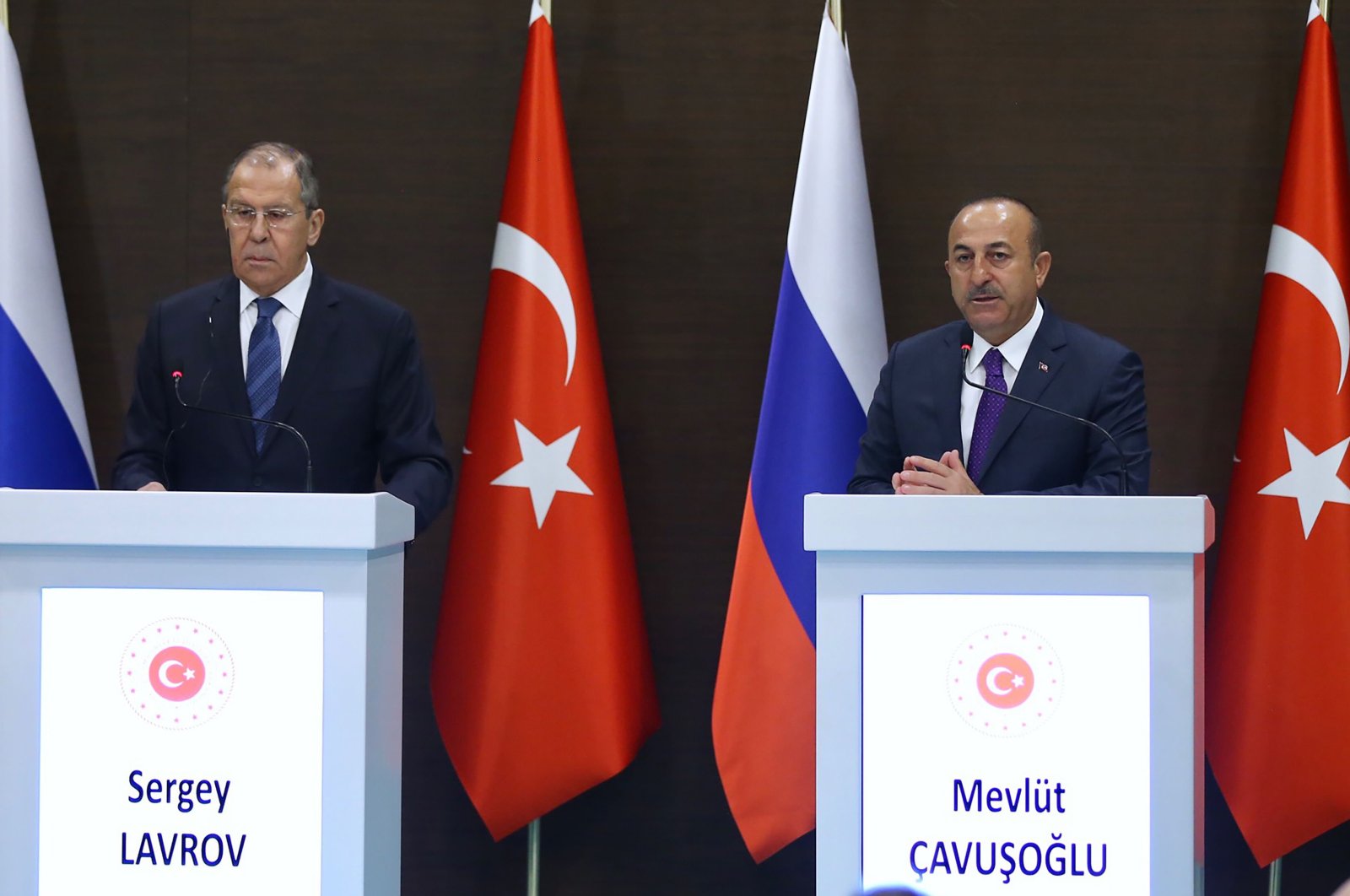 The two countries’ ministers were expected to hold the meeting on Sunday.

“In a phone call with Russian Foreign Minister Sergei Lavrov today, it was agreed that meetings between both countries’ deputy ministers would not take place for the upcoming period,” the ministry said, without offering an explanation for the postponement.

The Russian Foreign Ministry, on the other hand, stated on the same day: “Experts are in contact in the interests of an early agreement on a cease-fire, as well as the establishment of an inter-Libyan negotiation process in the political and economic areas under the auspices of the United Nations in accordance with the decisions of the Berlin International Conference of January 19 this year.”

Putschist Gen. Khalifa Haftar and his allies gathered in the Egyptian capital to sign the Cairo Declaration. Neither the members of Libya's internationally recognized government nor their international allies were present at the conference.

The European Union cannot accept any alternative to the Berlin Process' inclusive political solution for the Libyan crisis, the bloc's chief spokesperson on foreign policy said upon the summit.

"In general, any initiative in line with the United Nations-led Berlin Process is a positive development. But no alternative to the inclusive political solution signed as a result of the Berlin Process, which was also confirmed by the U.N., is acceptable," Peter Stano said.

The declaration ignores January's Berlin conference and its outcomes for a political and peaceful solution to the conflict by including both warring parties in the process under U.N. guidance. Only Russia showed support for the declaration.

Chaos in the oil-rich country has worsened in recent months as foreign backers increasingly intervene, despite pledges to the contrary at a high-profile peace summit in Berlin earlier this year.

Haftar's offensive on the capital Tripoli has deeply polarized the already divided country and aborted U.N. efforts to hold a peace conference more than a year ago.

Last year, several high-level meetings were held in the German capital to put an end to the Libyan conflict, with the participation of world powers and regional actors. The negotiations are known as the Berlin Process.

While Turkey backs the U.N.-recognized Government of National Accord (GNA) in Libya, Russian mercenaries have been fighting in ranks of Haftar. The Russian government has previously denied reports citing their support for Haftar’s side in the conflict.

Syria is another item on top of the agenda for Moscow and Turkey, which back opposing sides. In March, Russia and Turkey reached an agreement to halt the violence in Syria’s northwestern province of Idlib, the last opposition bastion defying the rule of Bashar Assad, leading to a flow of displacements as tensions soared. As part of the agreement, all military activities would end in Idlib and a security corridor would be established 6 kilometers (3.7 miles) deep to the north and to the south of the M4 highway.