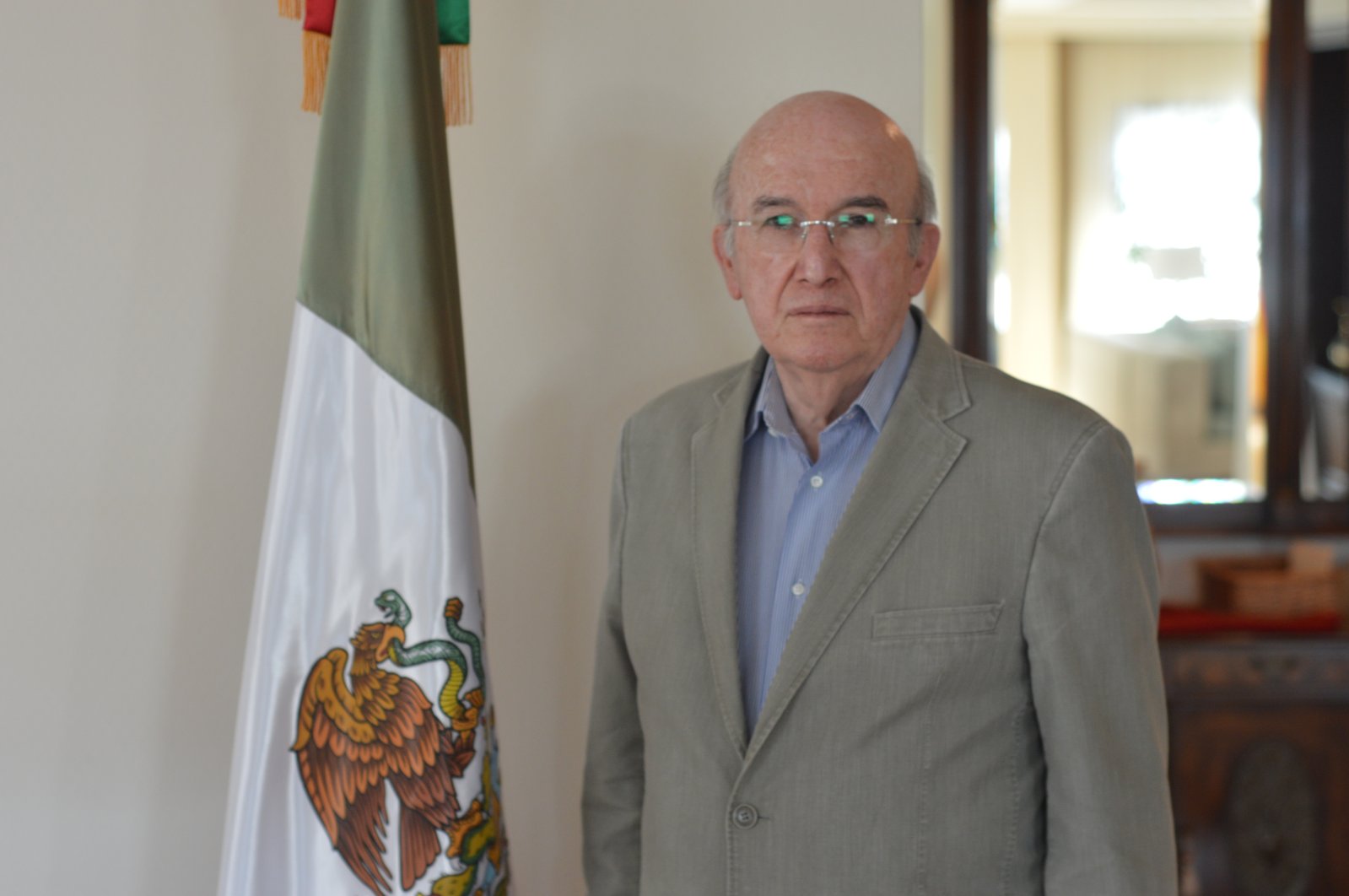 Mexico's Ambassador to Turkey Jose Luis Martinez y Hernandez is seen in this photo provided by the embassy. (Courtesy of the Mexican embassy in Ankara)
by DAILY SABAH
Mar 24, 2021 3:23 pm

The embassy of Mexico will inaugurate its honorary consulate in Turkey’s northwestern Kocaeli province on April 12 with Ayşe Nazlı Dereli Oba, current president of the Foreign Economic Relations Board (DEIK), as consul.

According to a written statement by the embassy, Jose Luis Martinez y Hernandez, the ambassador of Mexico in Turkey, will attend the inauguration ceremony.

Martinez will be accompanied by the Consul of Mexico in Istanbul, Isabel Arvide Limon, as well as the Head of the Consular Section, Eduardo Villa Molina, and the Commercial and Cultural Attache, Mario Chaparro Altamirano.

“The presence of local authorities and members of the distinguished Mexican community resident in Kocaeli is expected,” it added.

The process for the establishment of the honorary consulate at the Turkish industrial hub started in 2016 and ended last year.

Dereli promoted several trade missions of Turkish businesspeople seeking to invest in Mexico which will also further the dynamic relationship between Mexico and Turkey.

“Her efforts will focus in boosting the commercial exchange, economic development and the promotion of tourism and culture,” the statement said.

Relations between the two countries started with the signing of a friendship agreement in 1927. Turkish Airlines' direct flights to Mexico City and Cancun were launched in August 2019, further boosting ties as well as trade and tourism relations.